I’m back with my last review before my break, since my other job starts to get a little hectic this time of year, and this time I’m checking out the Serious Sam Collection. This is legit the first time I’ve ever played this series, which is weird since back in my hay day I was somewhat into FPS games such as Doom, Hexen, and especially Duke Nukem. Serious Sam is developed by Croteam, and published by Devolver Digital.

Starting my way through from the very first game released back in 2002, I had my first introduction to Sam Stone. He served as a Captain in the Earth Defense Force, a small military organization. The story starts in ancient times, and Earth was involved in a massive conflict between Mental, an evil extraterrestrial being who wants to rule the universe, and the Sirians. This technologically advanced sentient alien race left many of its artifacts to be discovered by humanity, which leads humans in the 22nd century to use a “time-lock,” sending our hero Sam back in time. The usual FPS shooter story. Ancient Egypt looked pretty slick back in the day and I spent a lot of time running across the desert and through catacombs, blasting everything in sight. Fans of the series will indeed feel nostalgic playing through this again.

Serious Sam 2 continues the story from the first one, and without giving away any spoilers, Sam receives help from The Council in his quest to defeat Mental. They instruct him to visit five planets to recreate a medallion to become the One, and only then can he end the battle.

The more I play this game, the more I find myself thinking, “Why wasn’t this part of the video game movie surge that happened in the early 2000s?” I traveled from one planet to another, encountering different enemies that weren’t in the first game, which helped make it feel like a separate game. More games should have been like this back in the day, and even now some developers could benefit from this idea. 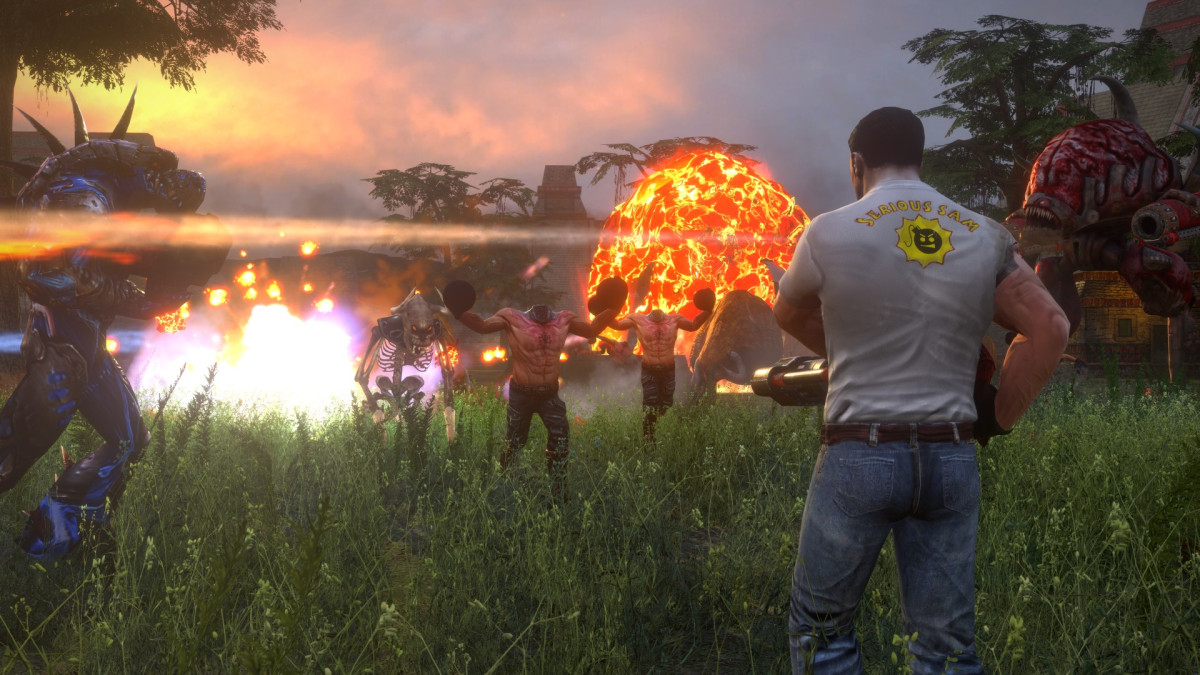 Serious Sam 3 continues the insane story where I am deployed with a detachment of soldiers from Alpha Team to modern-day Egypt, which is now occupied by Mental’s alien army. My orders are to rendezvous with Dr. Stein, and as you may guess, shit 1goes south. It then becomes a one-man mission as usual, and I couldn’t get enough. I spent most of my time playing this one it is full of humourous events that resulted in me laughing out loud.

I found the controls to be super simple to use, apart from the fact I’ve been playing Call of Duty Zombies, so I was continually pressing (Y) to switch guns. (Y) opens up a sort of encyclopedia of the creatures you face or encounter during missions, which frustrated me but was entirely my fault. Pressing directions on the D-pad allows you to change the view, which was a cool little feature, and I loved switching from third person to first person or over each shoulder. If you’ve played Doom or Duke Nukem, you’ll pick it up in a snap.

Since this is a collection of the first three Serious Sam games, the visuals are suitable for when they were released. This isn’t to say that they are terrible and outdated, but more along the lines of that nostalgic feeling, something which this was good at achieving. However, I am a fan when there’s anything nostalgic, making it more of a joy to play as I popped my cherry to this franchise.

Visually the third in the series looked crazy good, especially with a melee attack ripping out a monster’s grotesque eye before throwing it away like a piece of trash. In-game audio is incredible, particularly when waves of enemies arrived or you’re coming up to a boss fight, full to the brim with heavy metal guitars and riffs. I loved how it helped increase the excitement and made you know you really had to focus, but unfortunately, once the war was over, so was the metal, leaving me with a dull soundtrack that killed the vibe. 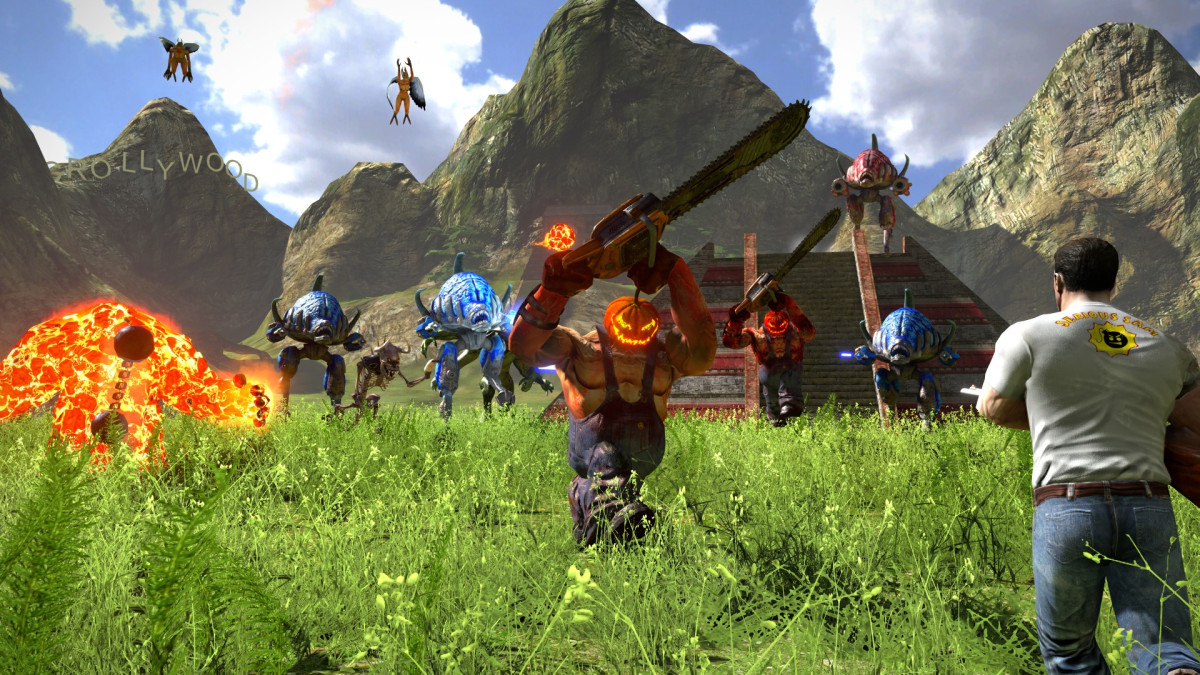 Serious Sam would be a blast with friends, but my experience with pick-up groups was, well, it was random, especially in the co-op section. I’ve always been a fan of exploring, checking every area at my own pace, and not being rushed, whereas my partners would race to the end game and miss precious ammo or secrets. On the other hand, deathmatch was not as enjoyable, but this was most likely because I was playing with skilled players, not noobs at the game like myself. I’ll give credit where it is due though and will admit that I still found it enjoyable for a few games.

I’m glad I got this to try as it is a series that passed me by as it is my type of game, especially with some of the humour that shows up in-game and cut scenes. As an example, in-game a massive boulder rolls down a hallway towards me. As I dive out the way, Sam starts whistling the tune to Indiana Jones, which was an amazing easter egg and I was just about in tears from laughter. In another instance, I was in a building covered in cobwebs, so Sam starts humming the theme to Spiderman.

Given no previous references to Spiderman, this was completed unexpected and had me rolling in my chair. If you’re a fan of the series from days gone by this will surely be a treat for you. Whether new or returning players, I’d recommend it to any that are looking for something to play, as it has a very attractive price tag for what is included. You get a substantial amount of content, especially with it only taking up 7.73GB, and consists of three Serious Sam games with two DLC packs. You can’t go wrong! So until next time, peace! 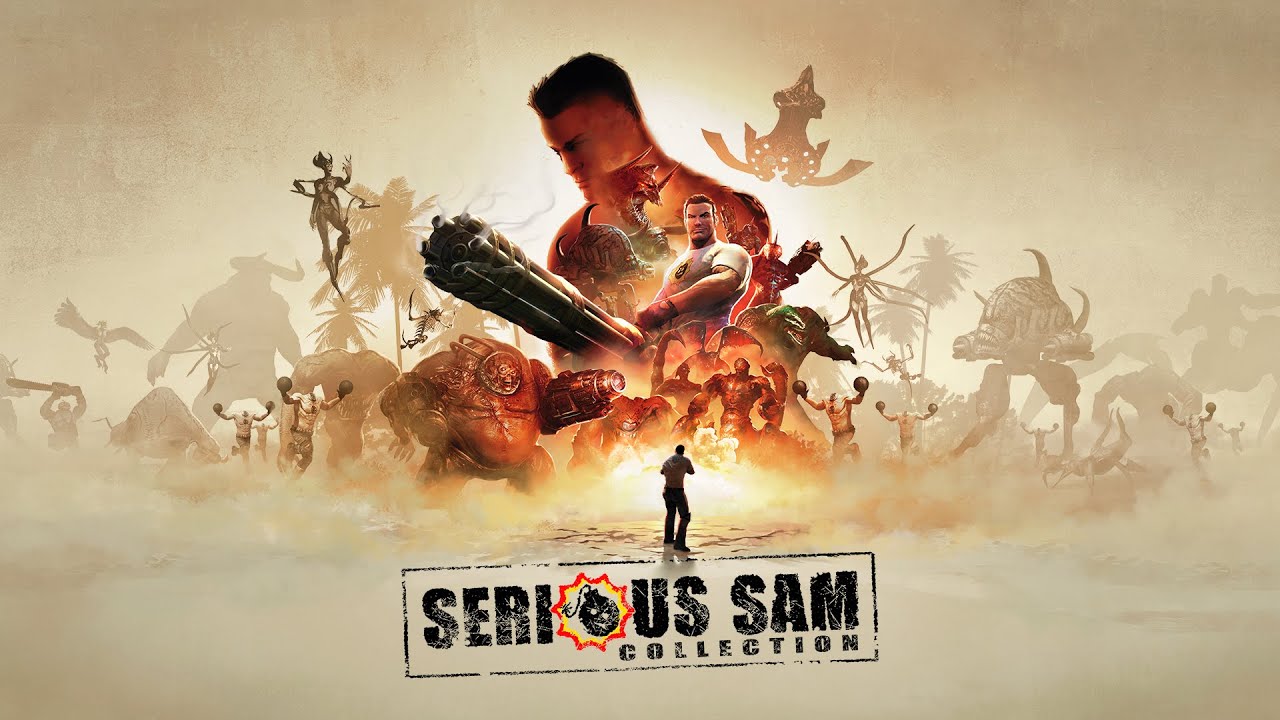 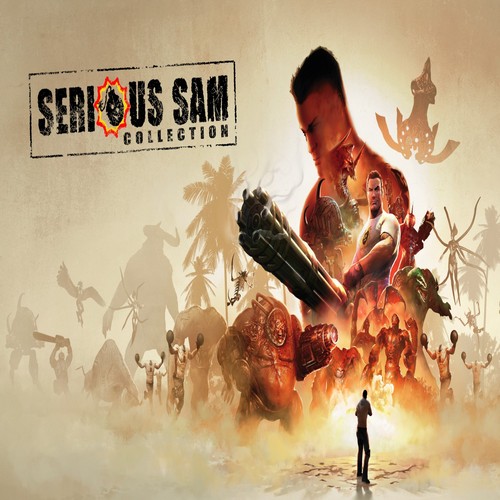 Step into the shoes of the legendary action hero Sam "Serious" Stone and experience one of the most explosive shooter game series of all time, as you save the world from a merciless alien invasion.