War games are a dime a dozen these days. With the likes of Call of Duty and Battlefield spinning out a sequel or a spinoff almost yearly, it can sometimes leave the category feeling a bit overdone and stale. Thankfully, the creative minds of Goblinz Studio & Mi-Clos Studio have come up with a futuristic look at what war may very well be like in the future as we dive into Sigma Theory: Global Cold War.

STORY
Sigma Theory appears to be set in a modern, near future timeline where the world has been plunged back into a Cold War state. Science and technology rule the world, with whichever nation developing faster tech seemingly the front runners of the free world. However, recently scientific discoveries have revealed that there are certain methods that can now cure disease, shut down the financial grid and even wipe entire countries off the face of the Earth. These discoveries have been categorised as “The Sigma Theory”.

You are recruited for whichever nation you choose (sadly Australia is missing from the playing field) and tasked with hiring elite agents whose mission is to recruit leading scientists in the field of Sigma Theory, by any means necessary, returning them to your nation in hopes of being the first to research the entire Sigma Theory string before the other nations beat you to it. GAMEPLAY
Sigma Theory is a tactical, turn-based combat simulator. The majority of the gameplay takes place on the world overview map. Sending your agents to the field is a simple click-and-drag method, to which a variety of options are then presented. After selecting your options, you must then end your turn. Other nations will take their turn after, but their movements and actions are hidden from you.

Here’s a quick breakdown of actions you can do upon moving your agents to alternate nations:
• Find Scientists
• You need to be the leading nation who has the most technological prowess. In order to accomplish this, you’ll need scientists. Using this option begins the search for scientists, rending your agent immobile for a couple of turns. After finding the scientist(s), you can then either steal them or persuade them to join you.
• Investigate
• Local politicians lead their nation’s negotiations. If you want to throw dirt on them, for your own leverage, then undertake this option. During the negotiation process, you can then exploit the information you found.
• Find weapon
• If your agent is skilled in strength then finding a weapon is your best bet to lead an attack on a nation. They’ll be inactive for a few turns as they hunt down a new forceful tool.

When you have successfully found and convinced a scientist to join you, you must then extract the agent from their nation to yours. This is done by loading into the nation’s city and starting an escape route minigame. During this time, the agent looks to escape the city, running into various scenarios along the way. Making the right choice can advance how far your agent races towards the finish line, equally a successful extraction. Choosing poorly results in a lack of movement and a raise in the local authorities finding you and eventually arresting you.

Agents have a few personality traits to deal with too. They are vast in range with some examples being skilled in weapons or knifes, to being bloodthirsty and aggressive or a loner and stubborn. Choose a complimentary agent to help counteract the other. Agents also have base stats of intellect and strength. Some are evenly balanced, whilst others favour one or the other. You can recruit a team of 4 at the start of each game, so choose wisely! Sigma Theory also has a tech tree, also dubbed The Sigma Theory. Scientists you recruit are skilled in 1 of 5 areas of the Sigma Theory. With a max of 2 scientists per category, the research speed will increase per the end of your turn. Each step of individual categories will unlock benefits for your nation. Again, these can vastly range from things such as more money, to advanced agents and mobility.

Various NPCs can and will communicate with you via in-game text messages, offering either opportunities or difficulties for your upcoming turn. Choose how to react can either benefit your relationship with that NPC’s nation or start a downward spiral towards them.

The side that does require more work is the option of choosing a ‘spouse’ at the start of the game. Periodically, your choice of spouse will send your text messages, reflecting on the state of the world and / or relationship. The choice to include this simulation is a tad off. There appears to be no real reason or benefit to this option at the moment, but with further player feedback and updates, I’m in a strong belief that this feature will be fine-tuned in time. GRAPHICS + SOUND
The opening cinematic is absolutely fantastic! For an indie release, this intro alone stands up to modern day intros similar to that of ‘The Division’. It really should be commended and does wonders to compliment the upcoming gameplay events. Each NPC character in the game has been artistically created to represent their created personalities. You really do feel like you’re in the position of recruiting real people in the real world, it’s a fantastic immersive moment.

The soundtrack compliments the game well, but it honestly doesn’t stand out as much as the introduction video and the overall game. It’s one of those soundtracks that is just…there. It doesn’t take away from the game, nor does it distract you from playing. It’s just in the background, supporting the game when necessary. It’s not a bad thing, but it’s also not a good thing.

CONCLUSION
Sigma Theory: Global Cold War is a fantastic look at what the world could possibly descend into, and the idea of what a futuristic Cold War could be like. The gameplay has its perks, but more work needs to be smoothed over in order to keep it immersive and interesting, instead of feeling like a move-click-respond-end turn-cycle that it’s currently finding itself in. 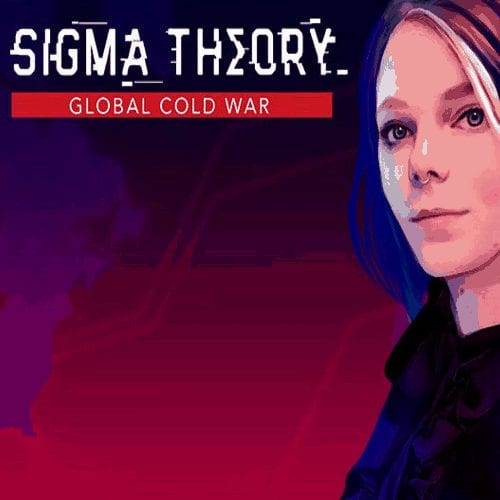 In the near future, scientists make a discovery that allows mankind to develop world-changing new technology. Suddenly the world’s superpowers realize they could have the power to destroy the global financial system, wipe out entire countries or even gain access to immortality.