By HadesTheHobo on September 30, 2020 on Reviews, 4 More
close [x]
Tweet
No Comments

OK folks, put on your best Bruce Buffer impersonation and scream it with me: “LET’S GET READY TO SMAAAAASH BALLLLLLL!!!”. This 1v1 or 2v2 competitive game by GAME PILL and VRGEN is like a wild crossover between Volleyball, Air Hockey, and Rocket League. It’s fast paced, action packed, and you win by scoring goals…or destroying your opponents. The game doesn’t care which, all that matters is getting that W.

The concept of Smash Ball is to use robots to score goals OR destroy the enemy bots. Now, this isn’t as easy as it sounds. Each goal is protected by a shield that takes 3 shots to destroy before it’s open to be scored against, meaning you need to hit 4 shots on goal for ONE goal. The other way to win is by demolishing your opponent which can be done by either “SMASHING” the ball into them, or hitting the posts next to the goals, causing slight damage every time they fail to stop the ball.

This is all fun and games, but I haven’t even hit my favourite part yet. Full. Robot. Customisation. That’s right, you get to buy and sell parts of the robots, like you would for armour in an MMO. Different pieces fit the different “base” robot styles, of which there are 3, and you can focus on 5 different elements, health, armour, etc. Throw in the colour spray options and boom- this was hands down my favourite part of the game. Between building up your fan base and being able to customise your bots, this game is so much cooler than first glance. 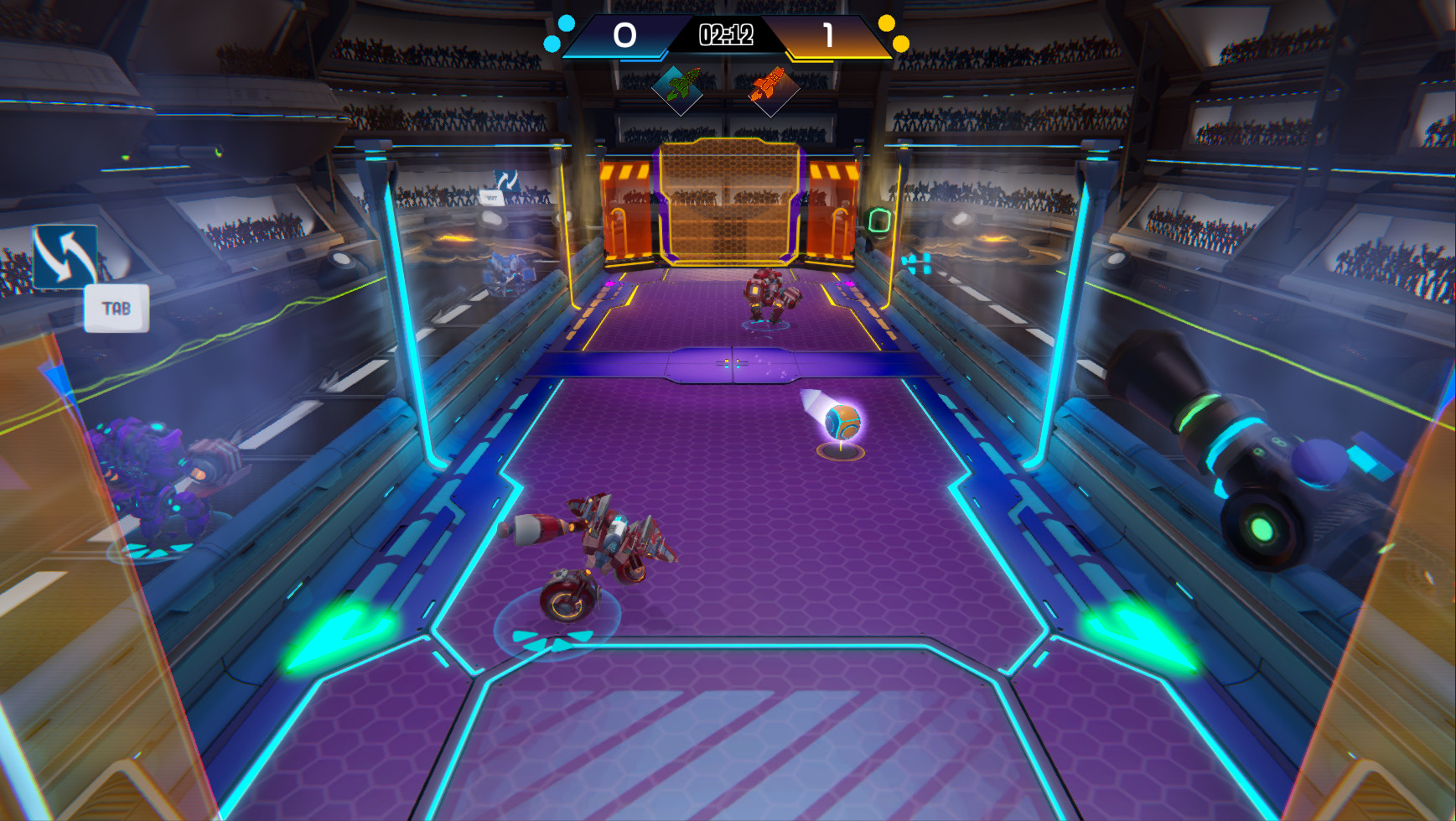 Multiple game modes give you a range of options, from practice to online multiplayer, running through the campaign or taking a crack at the Championship. I couldn’t quite make the Championship option work, sadly, however the campaign was lots of fun, and my main source of income. Winning matches gives you fans, money, and parts to either use or sell.

With graphics that are bright, colourful, and fun, the game is extremely attention grabbing and hard to look away from. There’s neon lights everywhere and music so pumping that the robots aren’t the only things jumping around. Smash Ball really sets the scene for some high energy action.

The controls are simple enough, with only the combinations that are harder to manage, but that’s more about opportunity. It was hard to learn how to “jump smash” as it’s purely based on whether or not the opponent lobs the ball, giving me fewer opportunities to practise.

Overall, I loved it. I wish that the bots in the Campaign mode were a little harder, or you could change the difficulty level, as by the time my bot started levelling up, it was way too easy. That said, once Smash Ball gets a full release, I imagine that the online games will prove far more competitive. Can’t wait to see where this game goes. 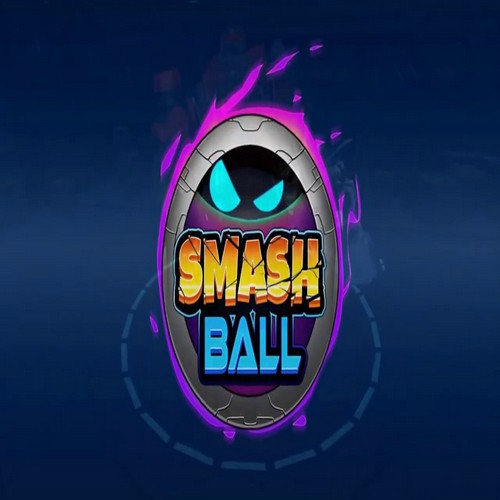 Smash Ball is a fast-paced, hard-hitting competitive sport where you claim victory by any means necessary. In 1v1 or 2v2 matches, attempt to outscore your opponent or utilize a weaponized ball to take them out! Grow your fanbase, manage your team, and enter online tournaments to claim glory!