Sonic the Hedgehog is officially 27 years old, and SEGA are still making games about him, most are good but the last few have changed the formula and well, where does Sonic Forces fit in with the rest?

The story sounds much like most Sonic games, Dr. Eggman is on a mission to take over the joint and Sonic must defeat him, added though are Dr. Eggman robot goons and a few other bad guys just to stir things up a bit more. The cut scenes in the story mode seemed like a last minute addition, as if they thought they better put some in and the context doesn’t need to sound good, people only care for gameplay. The story has 30 or so stages which for content is fair, as for replay ability it’s there if you don’t think the game is a flop.

Playing Sonic Forces has you in many different environments, from those bright sunny classic stages to grinding rails high in the sky, underwater or better yet, sliding down a huge slide. Level design could have been better with some stages that seemed to flow nicely, whilst others felt rushed and unfinished. Their are only two difficulties to play, normal or hard. Playing on normal will not keep any ranks or best times. For that to happen you need to play on hard, which isn’t overly hard to play at all, even boss battles are a piece of cake to defeat. Now, note that you aren’t always going to play as Sonic, you’re required to create a character prior to starting the story mode and it’s that character, Sonic or even using other players created characters. Only in avatar stages it’s specific stages where Sonic is playable. There are a number of stage types to play, such as SOS stages to even unlocking secret stages, but no matter the type of stage, once completed you’ll unlock custom items to use on your created character such as gloves, head and footwear to the colour of their skin and eyes.

Besides the speed boost that can knock enemies down, you can also jump in the air and bounce on them in a chained combo. Something new however is the Wispons, these are a handheld weapon that come in many forms with each having their own attack. There are mission and daily challenges to complete and even collectable stars to find on each stage, the red stars can be quite hard to find. SEGA has a couple of free DLC packs too, some just being customising items but the others being a prequel to Sonic Forces called “Episode Shadow” which has is own achievements to get. Those classic sounds of hitting a checkpoint to the sound of death you hear while your’re underwater frantically looking for an air bubble can all be heard. The music will bring back memories of when playing the first game when you were a kid. As for visuals, Sonic Forces uses the Hedgehog Engine 2, and depending on the platform your playing on, the game will either be looking good, better or worse. Example being, if you play on either a base Xbox One or Nintendo Switch the resolution is quite low at 720p, no surprise for a Switch, but Xbox One 720p is poor. The base PS4 is 1080p, and even with PS4 Pro enhancements, the Pro only runs at 1080p and looks identical to the base version. Playing on Xbox One X there is a mix of resolutions, 1080p and at the highest 1800p. The resolution change on the Xbox One X is noticeable. Another visual issue was slight screen tearing, though it wasn’t present on all stages.

Sonic fans will be disappointed with Sonic Forces, new comers might like it. If you grew up with the games, you’ll know it’s nothing like the old titles. Can SEGA ever bring out a new Sonic game that fans new and old will enjoy? I would certainly hope so. If I had to place Sonic Forces on a top 10 list of Sonic games it would place it low, I just didn’t think it was all that good. Sure the game gives us classic stages with much cooler visuals and modern levels that can look pretty neat, but it just didn’t have that Sonic spark I expected to feel while playing. 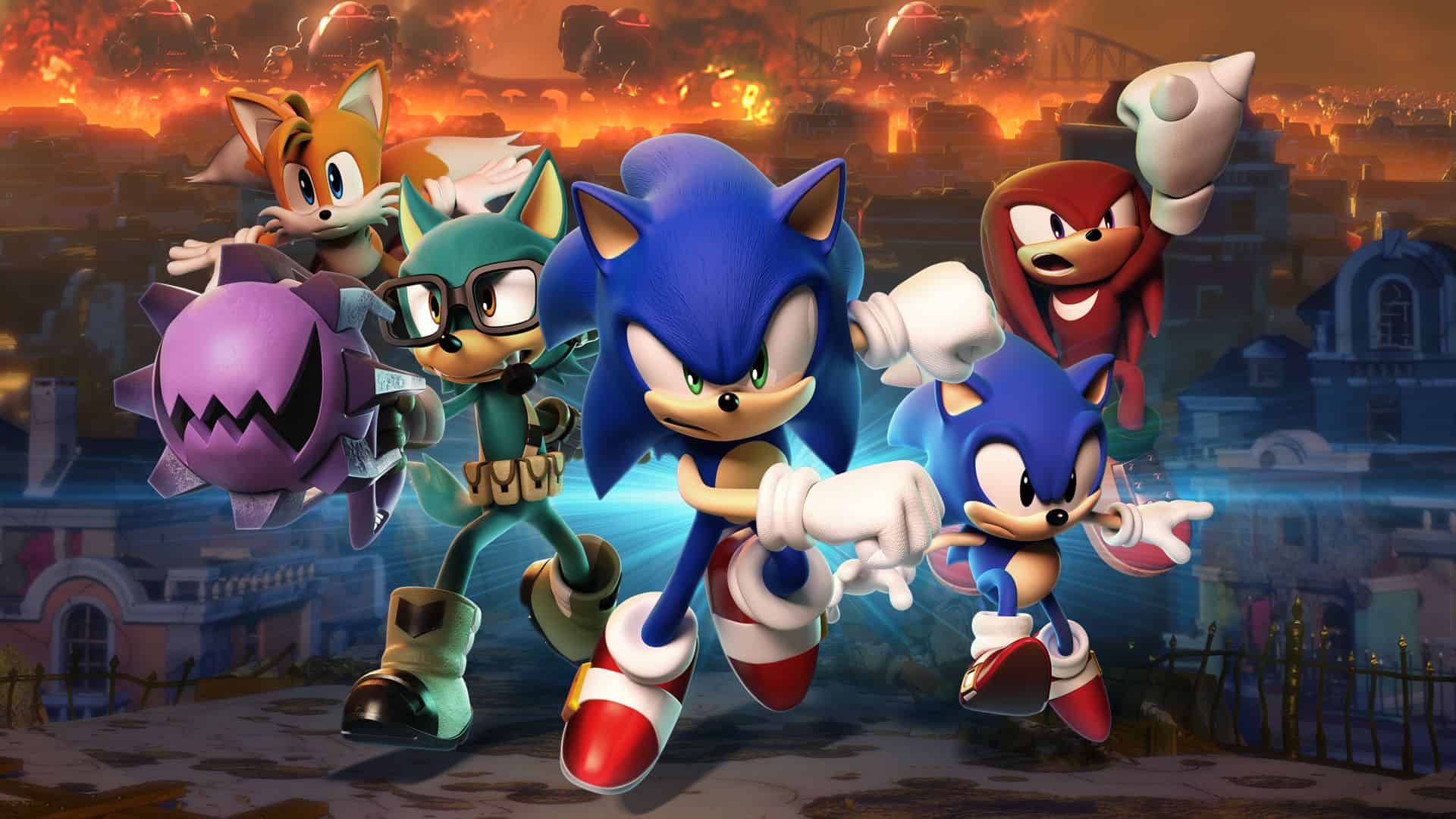 In Eggman's greatest victory to date, the evil doctor has conquered much of the world with a mysterious new power. A resistance comprised of Sonic's friends is formed to fight back, and in the midst of the chaos and destruction, an unlikely hero will rise up to help Modern and Classic Sonic take back the world. Even these three heroes may have their work cut out for them, as Dr. Eggman has a new ally of his own...