Star Ocean: First Departure R is an RPG developed by Tri-Ace and published by Square Enix and is a remaster of the original ‘First Departure’ that was originally released in Japan only, under then motif ‘Star Ocean’.

In the ‘Star Ocean’ series there are five games, with three spin off games, a remake and NOW a remaster. Being a game published by Enix you can pick up clear influences of ‘Final Fantasy’ and I’m sure some of the later Final Fantasies took some ideas from Star Ocean. One thing that really makes this game stand out from the ever popular ‘Final Fantasy’ series however, is instead of the CGI cut-scenes that Square Enix is famous for, Star Ocean opted to use anime for many of their story-based cut-scenes, this was a nice touch and so much more added to the enjoyment.

Being the Remaster of the original game makes this part easy, as there is no extensive backstory to run through. When we start this game, we find ourselves controlling Roddick, a young Fellpool (cat person) watchman of a small village, along with his two friends, Millie and Dorne. Living a pretty boring existence, a strange illness suddenly sweeps across the planet of Roak. The trio head off to find a cure when they come across Ronyx J. Kenny and Ilia Silvestri, two space faring people also in search of a cure for this mysterious disease. After offering to help them in their search, the three Fellpool are told of another space traveling civilization that the humans are at war with and that this is a new weapon they have procured. Some new information is discovered leading the small band to travel to the past to uncover the secret of this mysterious weapon and hopefully a cure. Finding some companions along the way, this mission just might turn out bigger than any of our heroes could possibly imagine. 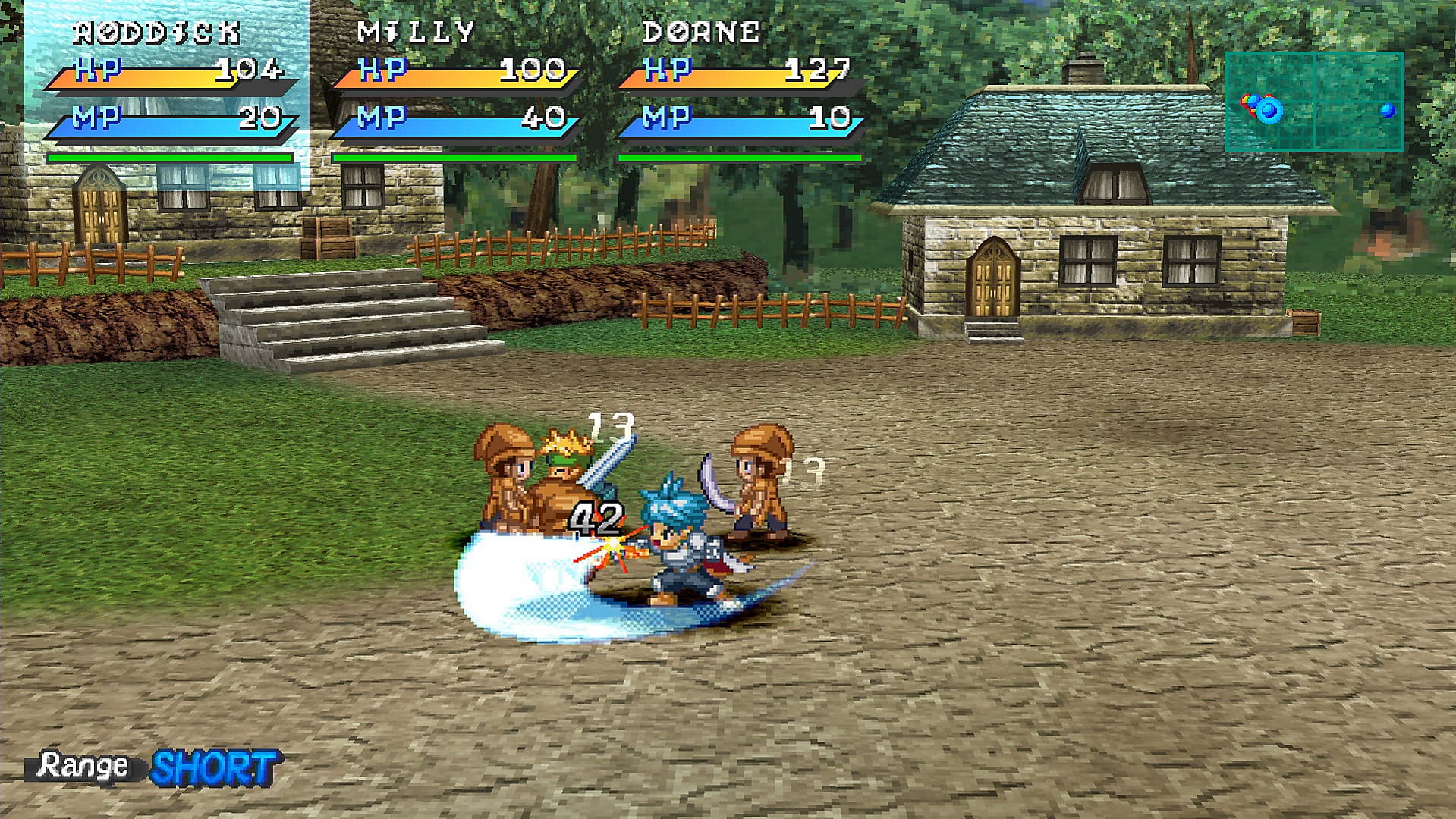 This game plays quite like ‘Final Fantasy’, which for me made it simple to pick up and play. There are plenty of differences that make this game one of a kind, the first thing I notice was the battle system, which I assumed would be turn based, it is not. Battle is almost akin to the old arcade games like TMNT, Double Dragon and Sailor Moon among others. So instead of the simple back and forth, your characters run all over the battlefield attacking enemies with a tactic system that gives you control of how your companions will act while you control the main character. You can switch between character during combat using items, changing tactics or if necessary, fleeing the battle. As your level increases you gain new special abilities which you can pick two to use during battle. Outside of battle there are a few different aspects to this game one of which being a rather small limit to items where there is a maximum of twenty units per item. Another one I found to be quite intriguing is the skill system.

You can buy four different skill scrolls that unlock a series of different skill trees and upgraded scrolls that in turn, give even more skill options. You can make all the characters have the same skills and then have certain skills for different characters, depending on your preference. There is the knife skill, for example, and more importantly skills to raise your physical damage which is important to your melee characters, pivotal in my opinion. Funnily enough, it also helps to make food. Now, to make food, you obviously need this ability to compliment being able to forage for food and to identify different herbs and vegetation. Ranging from copy documents to recognising the beauty of your surroundings, so many elements of the human psyche are covered. This may seem like a lot and that’s because it is, when you upgrade these skills, it intensifies the experience even further. There is a lot to play around with here and for that I thank this game, it is one of my favourite mechanics. 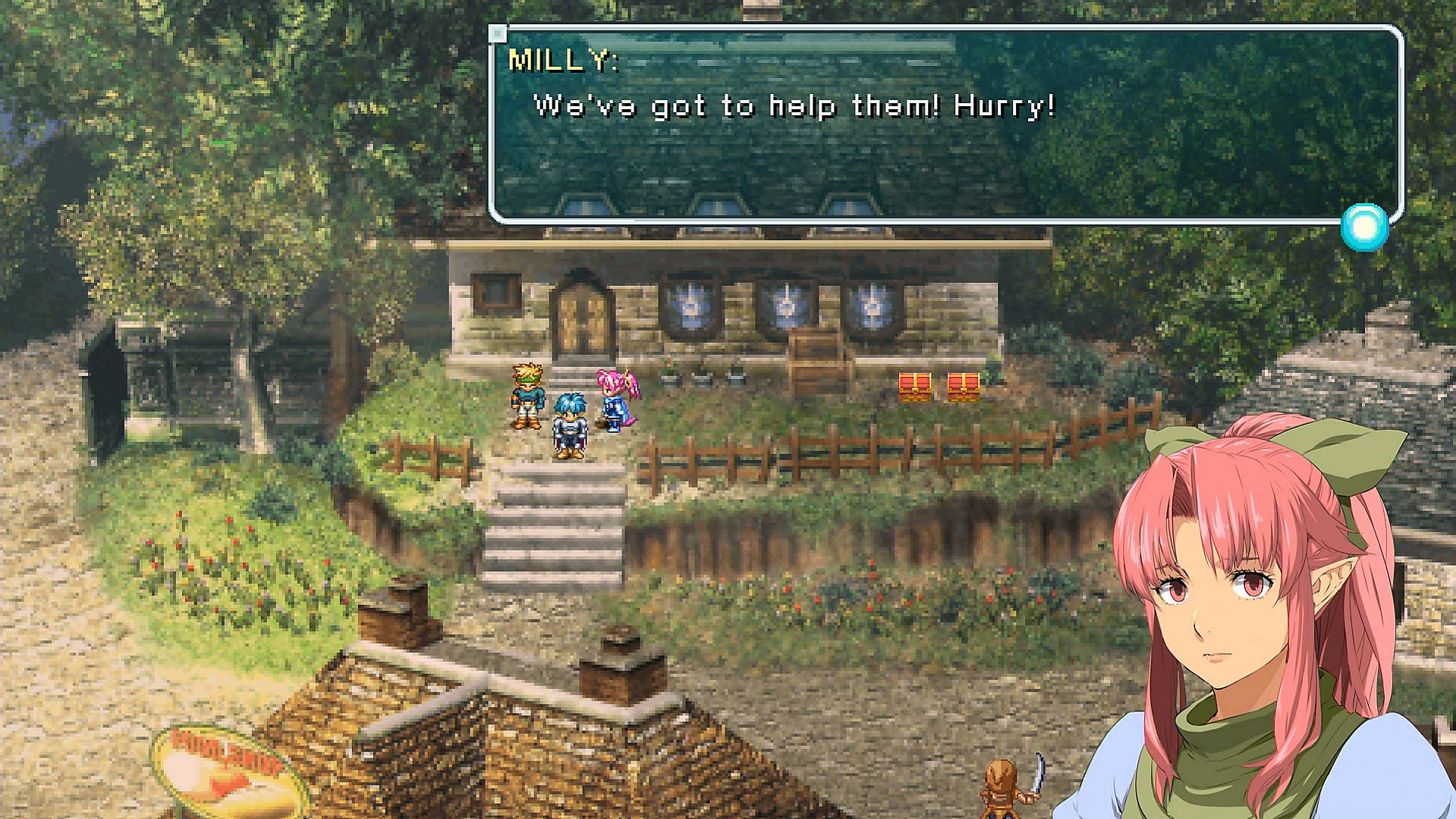 The rest is pretty much like other RPG’s except for the anime cut-scenes, which are amazing visually, and the fact that a lot of dialogue is voice acted. The rest is what you would expect from Enix, beautiful music scores, amazing art styles, unique character creations and the usual open world navigation. Including this time is one addition that’s very interesting, the ‘Private Action’ option. This allows your party to split up when you arrive at a town and do their own thing, revealing backstories or seeing characters become closer or drift apart which is a nice little extra and is completely optional. The one thing that does irks me is the companion gathering. I suggest not looking online about how to gather your companions because like me you may be disappointed. So, skip this part if you want to just go through the game in blissful ignorance.

There are ten companions in total however only eight can join you troupe. This annoys me because if you miss one person because of another that can affect who you can recruit from then on. Once a companion joins, they are with you for the long haul, there is no take backs. In a way, this is a great idea, it means the play through can change depending on the choices you make or how many different run throughs you attempt. You would need a lot of time on your hands to do many multiple run throughs of this game however, it is that jam packed with gameplay. I would have liked to be able to gather all the characters and still get the chance to change how and when you get to utilise them based off but other than that everything flowed quite well together.

Overall, Star Ocean: First Departure R is a fabulous RPG, full of depth and interactive gameplay. What more could you want? 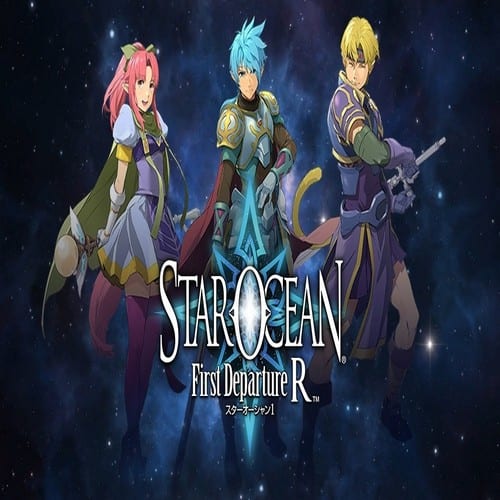 Square Enix celebrates the STAR OCEAN franchise by going right back to its origins and creating a HD remaster of the fan-favorite first title in the series. Featuring all new voice overs in both English and Japanese and brand new character art.