By StacefaceMayhem on October 23, 2021 on Reviews, 6 More
close [x]
Tweet
No Comments

Surprisingly, I am pretty into car games. I grew up around my dad dicking around under a hood and often had guy friends through school chasing the next cheapest part for the tiniest boost in performance. ‘Street Outlaws 2: Winner Takes All’ by Team6 Games Studios, takes you to the starting line of drag racing but does it make it to the finish line with a smile on your face?

The premise is a pretty simple generic car storyline, you are a lone wolf street racer, picked up by a veteran drag racer who sees potential in your skills. This sends you off from state to state across America, duking it out with other street racers as you drag race your competitors to be the top dog of racing off the line. You are given the choice of three cars at the beginning tutorial, all American muscle, so I knew straight away what sort of ride I was in for. Met with some pretty flat dialogue from some pretty flat character interactions, the tutorial I found was actually quite user-friendly.

The core mechanics of the actual races themselves have 3 clear sections. Firstly, you must warm up your tires by putting your foot and brake to the pavement letting the rubber fly. Secondly, you must bump up to the line to get as much of an advantage as you can, making sure you don’t get disqualified by going over the starting strip. Lastly, and more importantly, you then race from the starting line watching the lights count you down for the perfect take-off. As you race, you need to keep an eye on your shift gauge which is conveniently in the middle of the screen, as you shift up to speed to the finish line in mere seconds. 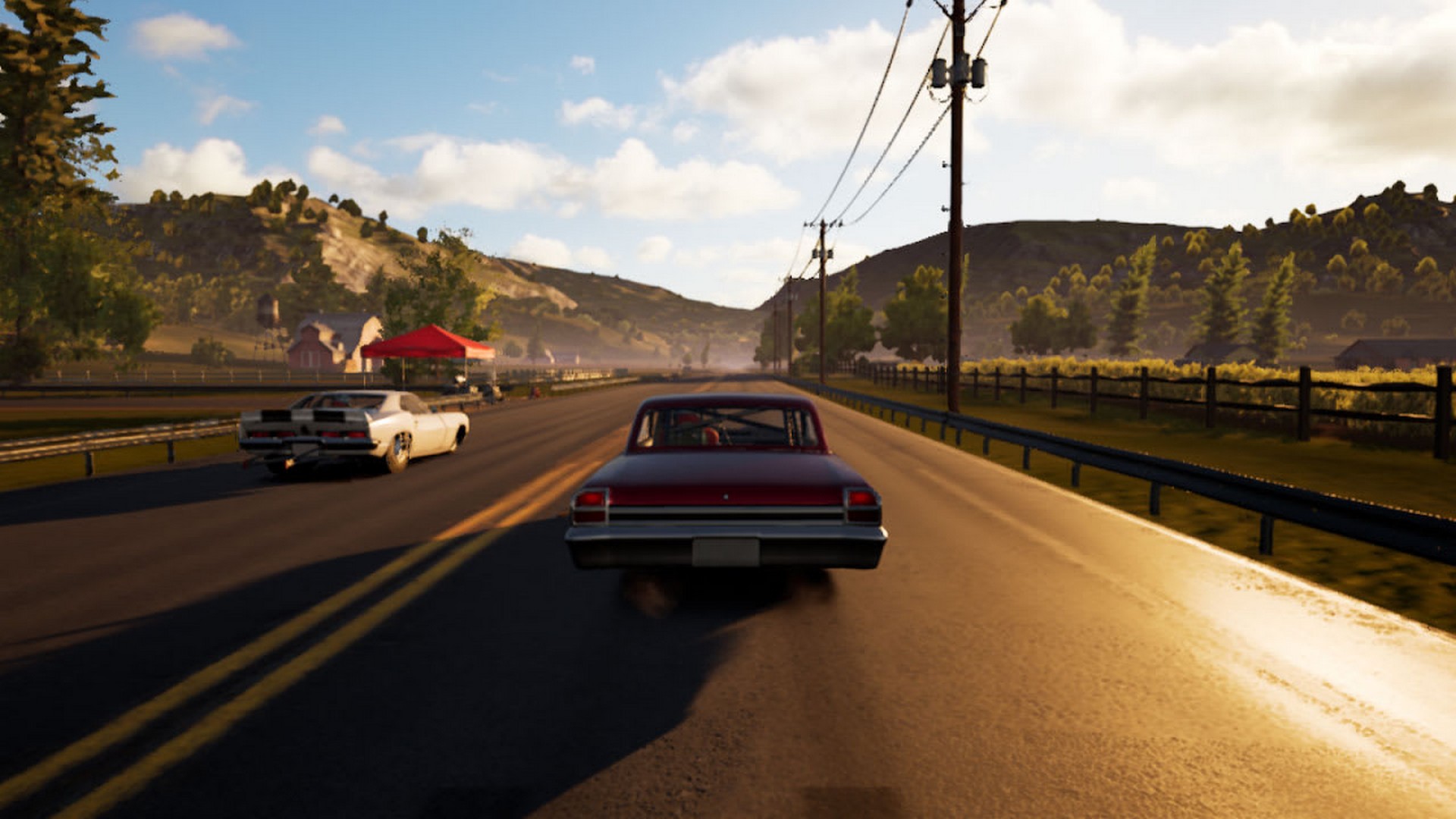 Falling behind? Make sure you use your boost to pick that annoying Dodge at the finish line. The controls are actually real simplistic to learn and master, however, the boost can sometimes just throw you off course in the blink of an eye, ruining your run. I often just didn’t use it, making it seem redundant. You can also wager, which does add that muchly needed spice and challenge to the races, with eventually being able to bet cars and top dollar cash for things like a perfect launch, great shifts, and of course, winning.

You have to do this over and over again across the country to eventually take down the top contenders or some rival race groups, it does eventually get very monotonous. There just isn’t many variations to keep me excited. I did enjoy being in the Garage to customize paint, rims, and engines but again it takes a lot of gameplay to unlock anything cool or interesting to change your car. This is also where you can see cars you have unlocked around the world.

While there aren’t hundreds of cars like some other games there were enough to keep me satisfied to swap between. Parts and extras can be rewards for races and also fitted to your car in the garage too, boosting your stats in things like engine, clutch, boost, etc, but it is very superficial and just appeared like cards swapping in and out of the stat page. 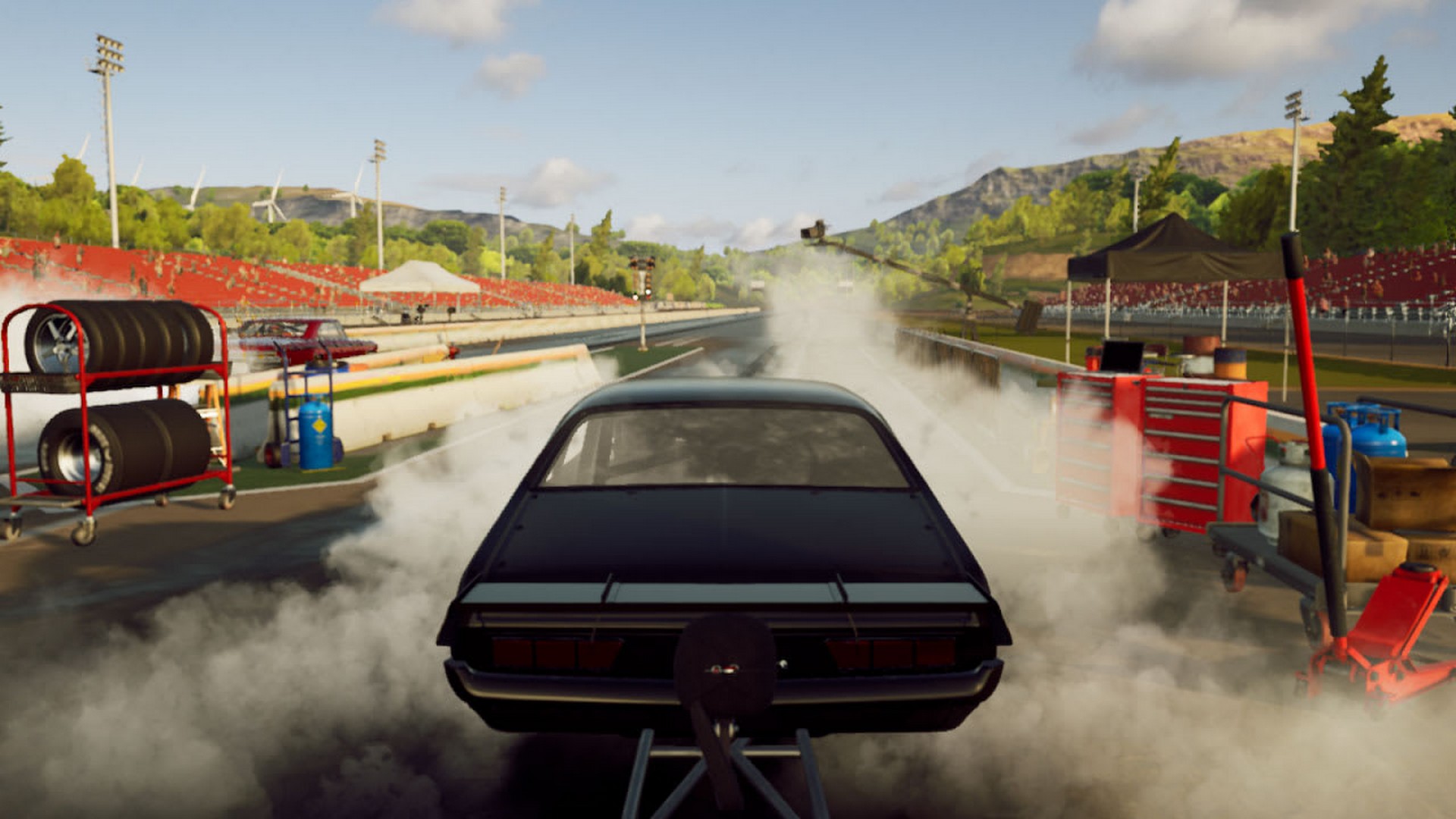 The Online Hub is where you can verse others in multiplayer or even trade parts with your online crew. It is a bit lame that you can’t name your crew whatever you’d like but instead use a selection of random as words. Understandable though with how some people act online but still a buzz kill I couldn’t make an MKAU crew.

Visuals are unfortunately a hit and miss. While I never expected Forza quality spit shine, the cars in Street Outlaws 2 on the track and in the garage actually look decent. The light shines off the paint and smudges and dust glisten on the windscreen. The environmental backgrounds then ruin this as the cars are then dumped into some unimaginative backdrops with character models of watchers clapping like they are seals. The music is even worse with the same sort of bad back town country rock playing over and over to the point I had to mute the game and chuck Spotify on. It is very repetitive and uninspiring.

Overall, uninspiring as a word in general, just really sums up the whole experience. Car enthusiasts will love the drag race mechanics and the look of the cars but even then the lack of any other features and lackluster engine customisation will have you drifting elsewhere. While car games, in general, can get very much repetitive, you need to be innovative but Street Outlaws 2 just deflated your energy like a flat tire. 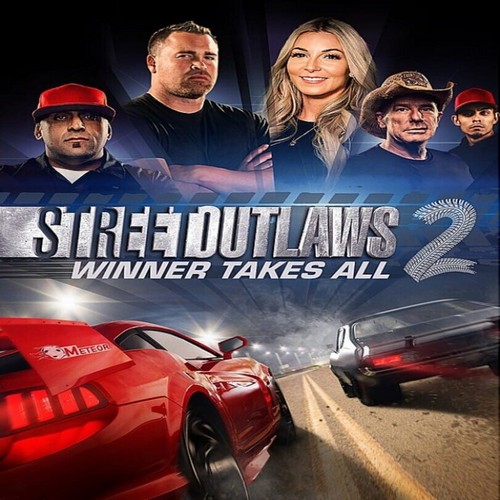 The stakes have just been raised! In this high-octane sequel, you have to prove your mettle in some of the roughest and most unforgiving drag and street races across the United States. Your success depends on how you perform, your strategy on modding your car, and how much reputation you ultimately earn along the way.