By StacefaceMayhem on January 4, 2020 on Reviews, 4 More
close [x]
Tweet
No Comments

In no way is the Talos Principle new, being initially released on PC back in 2014, by Croteam and Devolver Digital, it has slowly been rolling out on all platforms over the years and has finally made it to the Nintendo Switch. This first person puzzler takes you on a narrative based adventure through over a hundred puzzles on a journey of self consciousness and what really makes us human.

This tale opens up with you controlling an unknown android, directed by an astral voice named Elohim you are sent out across the lands to solve a series of puzzles to acquire sacred sigils. Forbidden is the town at the centre, however you must brave the likes of turrets, laser doors, sentry bots and other such obstacles while traversing a number of environments discovering clues to the demise of humanity, the uprising of artificial intelligence and the program that oversees it’s progression. 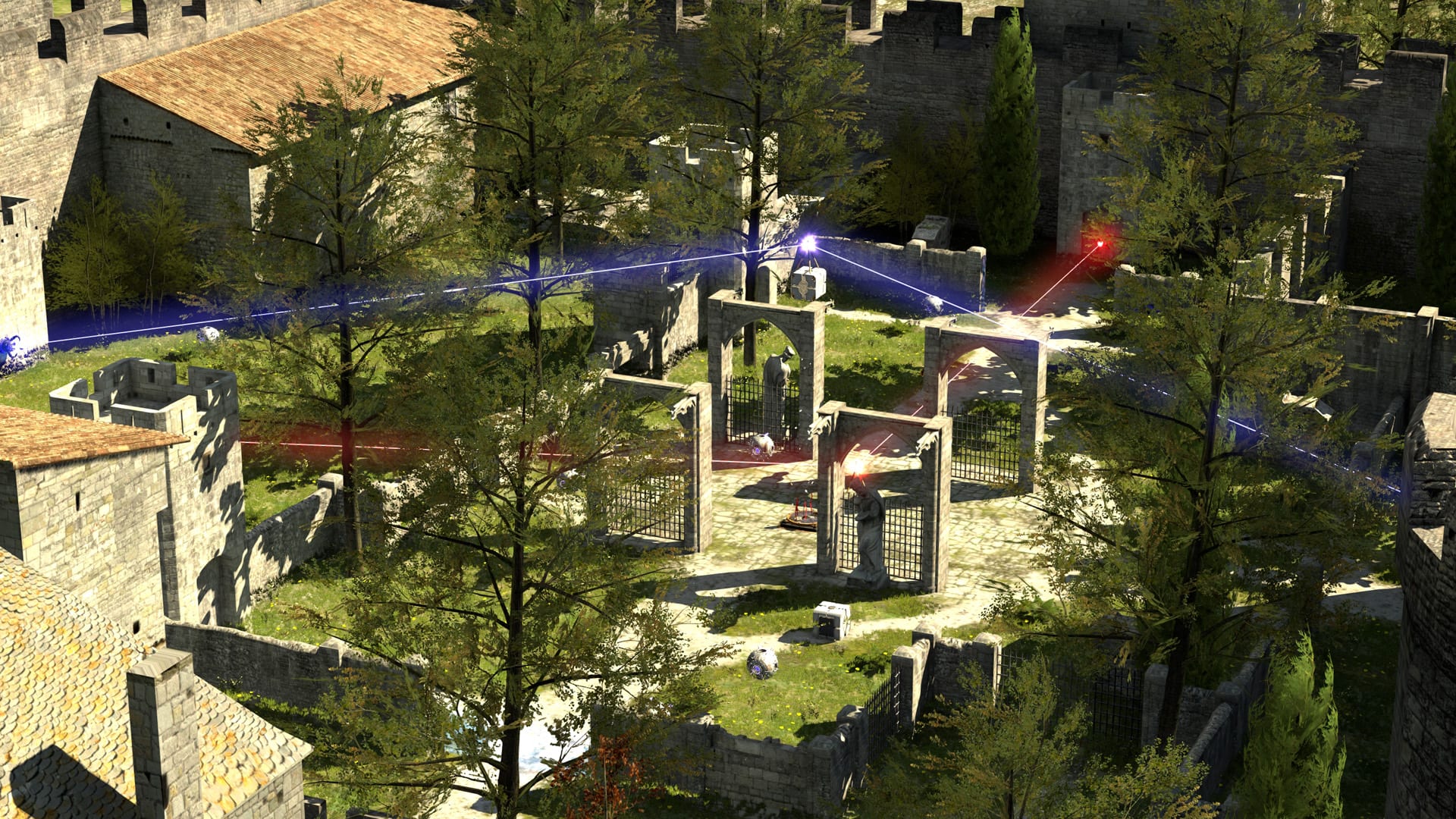 The DLC curiously named ‘Road to Gehenna’ follows on this tale by stepping into the metallic shoes of another droid as it piece together clues of what the human world used to actually be like. Will it’s companions and it solve the mystery and ascend out of the program or be stuck in this unreal world of trials and tribulations? Definitely a tale of salvation, I did connect with it’s feeling of displacement, but felt it was slightly weaker in impact during the DLC.

The game is essentially a series of puzzles to run through and solve with a story woven in through consoles of information and other A.I met along the way. It requires some brain power at times to figure out how to make it to your objective, but I found them reasonable enough to tackle, being neither too hard or too easy. A lot of the challenges require the use of jammers and other items to obstruct anything mechanical, shutting it down instantly and making paths more accessible. Now, while this becomes a juggle of wits of where to utilize them as some can not be carried into new areas, and can become a bit of a repetitive grind in some areas. 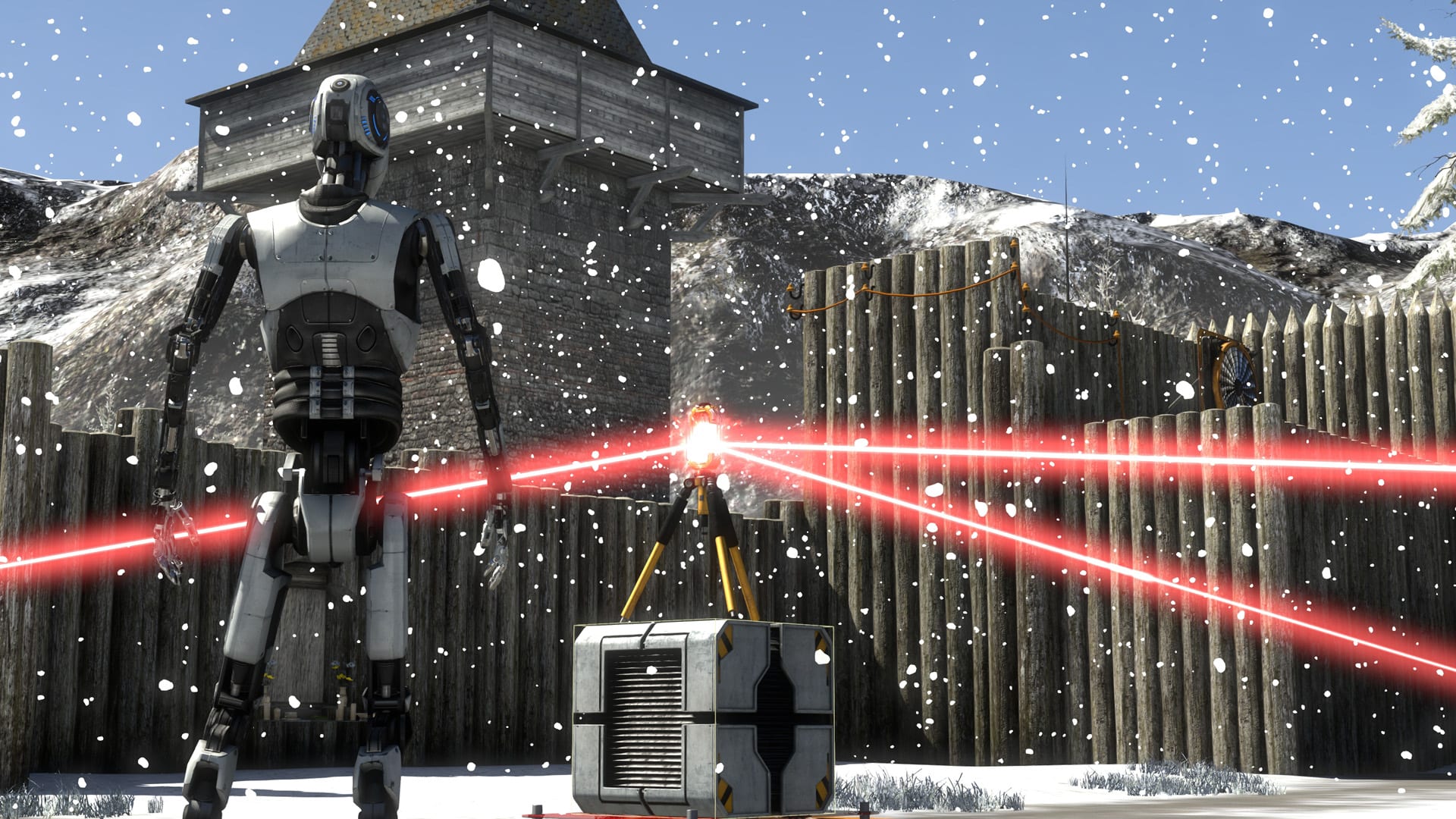 Each death to these robotic sentries, rewinds you back you the start of the area, making you retrace and rethink your next actions. The challenges are fun but it does become quite a lonely experience since nothing is very interactive with the enemies and minimal with even with the expansive environment around yourself.

Graphically, the game is quite dated even in Graphic Mode, especially since it is the Nintendo Switch where the graphics are generally pulled down by 720p display. While not PS4 sharp, there is some details up close but the further away they are they become a blur of colour, almost a smudge like appearance. It pulls you away from the mood the angelic music that is often playing in the background sets.

Overall, Talos Principle Deluxe Edition is a solid port over from an old PC game puzzler. While not as visually captivating as we are used too, the challenging puzzles along with the intriguing story, will push you through to the final conclusion and possibly onto the DLC. 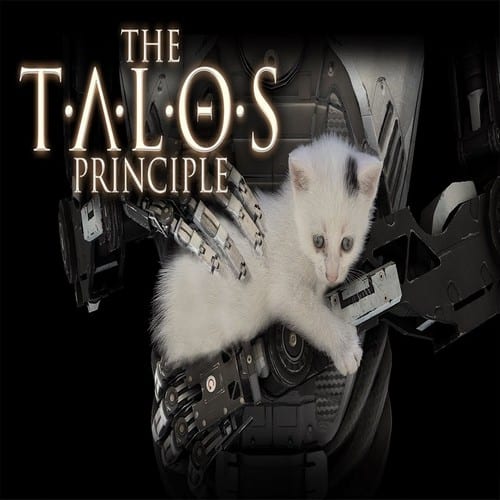 The Talos Principle is a first-person puzzle game in the tradition of philosophical science fiction. Made by Croteam and written by Tom Jubert (FTL, The Swapper) and Jonas Kyratzes (The Sea Will Claim Everything).