This year marks the 35th anniversary of The Legend of Zelda, and to celebrate this monumental occasion, Nintendo has released Skyward Sword HD with a fresh coat of paint and a few more bells and whistles. Granted, this was the same game we got for the 25th Anniversary, I believe the timing of this HD release is the perfect opportunity to rekindle the flame of the devoted fan base and capture an entirely new audience in one fell swoop. The Legend of Zelda: Skyward Sword HD is a fantasy-inspired 3rd person adventure game that dabbles in some light RPG elements from time to time.

Set in the floating land of Skyloft, Link awakens from oversleeping yet again, kind of a staple actually, to an average everyday life. Naturally, after a rather lengthy introduction, things go horribly wrong and Zelda is torn out of the sky by a mysterious tornado. He quickly realises that it’s dangerous to go alone and he should take a Sword, but not just any sword.

An otherworldly being named Fi leads you to the statue of the Goddess where your true destiny is revealed and you are bestowed the Master Sword! I may be oversimplifying the beginning but for veterans of the series it’s a tried-and-true method that we know and love, and for those new to the series, it’s a gentle way to ease you into what makes Zelda games so memorable. 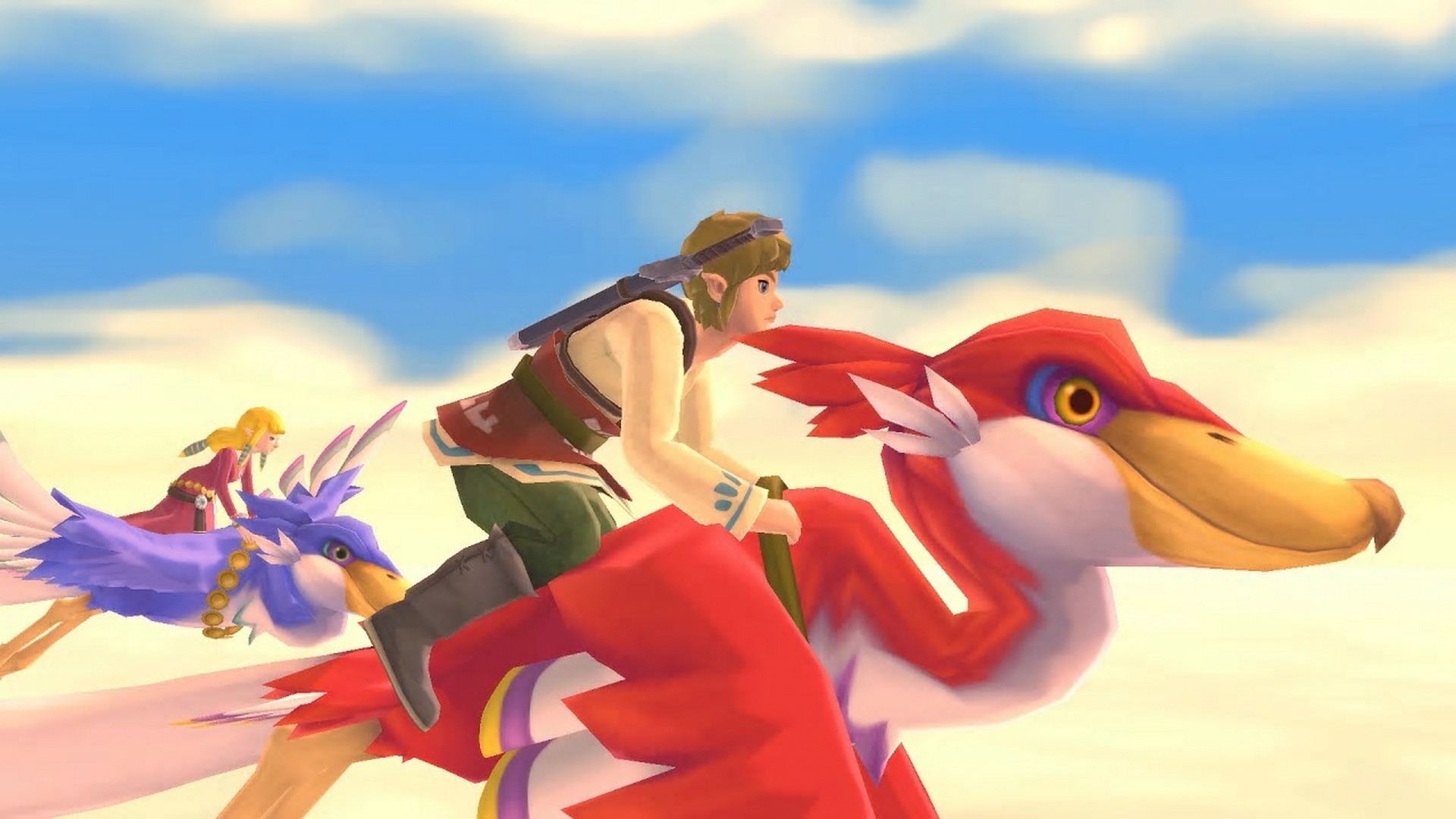 A fully orchestrated soundtrack is lovingly woven into the intricate story of Link becoming the chosen hero of the Goddess. Able to portray emotions of anger, sadness, overwhelming joy, and a sense of turmoil without ever feeling intrusive is a master class in design. Especially when the entire game is devoid of any spoken dialogue aside from the occasional audible gasps and sighs. Reliving the somewhat handheld experience of exploring segmented areas that end in environmentally unique temples and dungeons hit home hard and kept me smiling the whole way.

The most significant feature of Skyward Sword was the controls. The entire game was specifically designed to be manipulated by using motion controls. This was probably the most divisive moment in Zelda history ahead of the Wind Waker art style choice. A lot of people, including myself, were turned off the experience and as such missed out on one of the best games in the series. However, much the same as the Wind Waker controversy, once players got over their prejudice and actually played the games, they are now praised for their bold choices, and for Skyward Sword, the HD release has given the player more ways than ever to tackle the experience.

If you want to play the entire game, as intended, the joy-cons deliver on every front with one extra addition. Now we have two thumbsticks, and the right thumbstick controls the camera while playing with the motion control set up! It is such a small improvement, but the difference is leaps and bounds. Using the right joy-con to slash your sword is more precise than the Wii version and will respond to smaller motions so you aren’t forced to swing wildly for hours on end. Being able to press the “Y’ button to center your aim makes it easy work to recalibrate your swings if you feel it is not tracking properly. 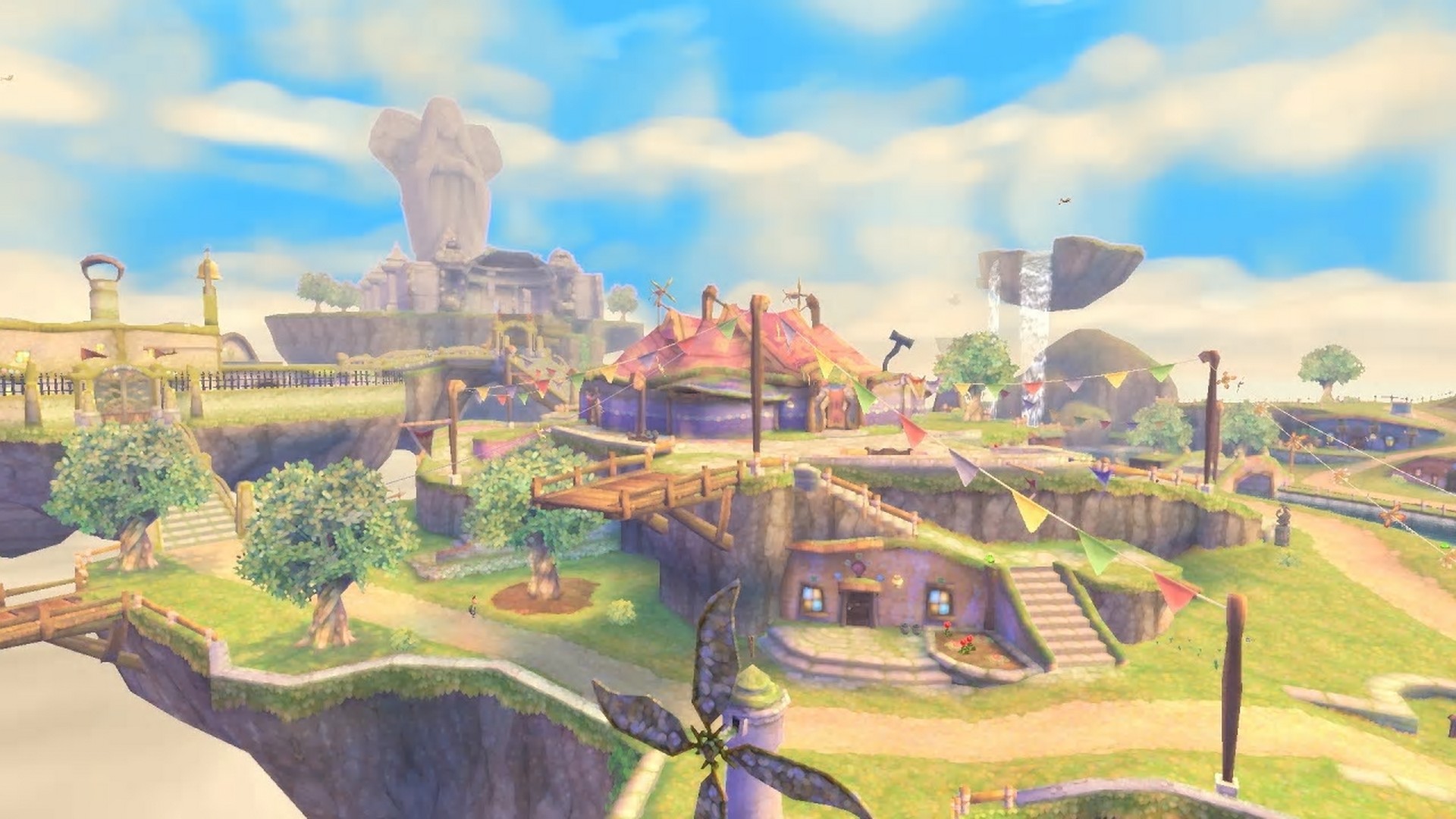 If motions controls aren’t your thing, or you are exhausted from swinging your arms around (trust me, it can wear you down), you can set the game to button controls and carry on with your Adventure. In order to keep the design of the game intact, the right thumbstick will take over for the sword controls. You will have to accurately flick the thumbstick in the desired direction so that Link’s attack will cut in that direction. Given that practically every enemy in the game requires a specific directional attack, it’s a requirement rather than an option and it handles the task gracefully.

One area that takes a bit of getting used to is holding down the ‘L’ button so you can then move the camera with the right thumbstick in control-only mode. Otherwise, it would just slash your sword around like a crazy person. With extended periods of play it will come naturally, but when you are switching between the two sets on controls it can be an obstacle. Of course, there is the option in both sets of controls to press the “ZL” button and the camera will auto center behind Link, or it can be used to lock on to enemies which will control the camera for you.

One of the smartest choices that Nintendo often makes with Zelda games is the art style and design of each game. With minimal improvements, Skyward Sword HD is a stunning realisation of the more mature entries with a vibrant painted aesthetic layered on top. The enemies and world are more comically pronounced in order for the player to be able to identify windows of opportunity when attacking. For example, the Bokoblins are bright red and they will hold their giant metal Sword to one side of their body so you can see that you need to strike on the other side easily, and their belly visibly wobbles to indicate a successful attack. 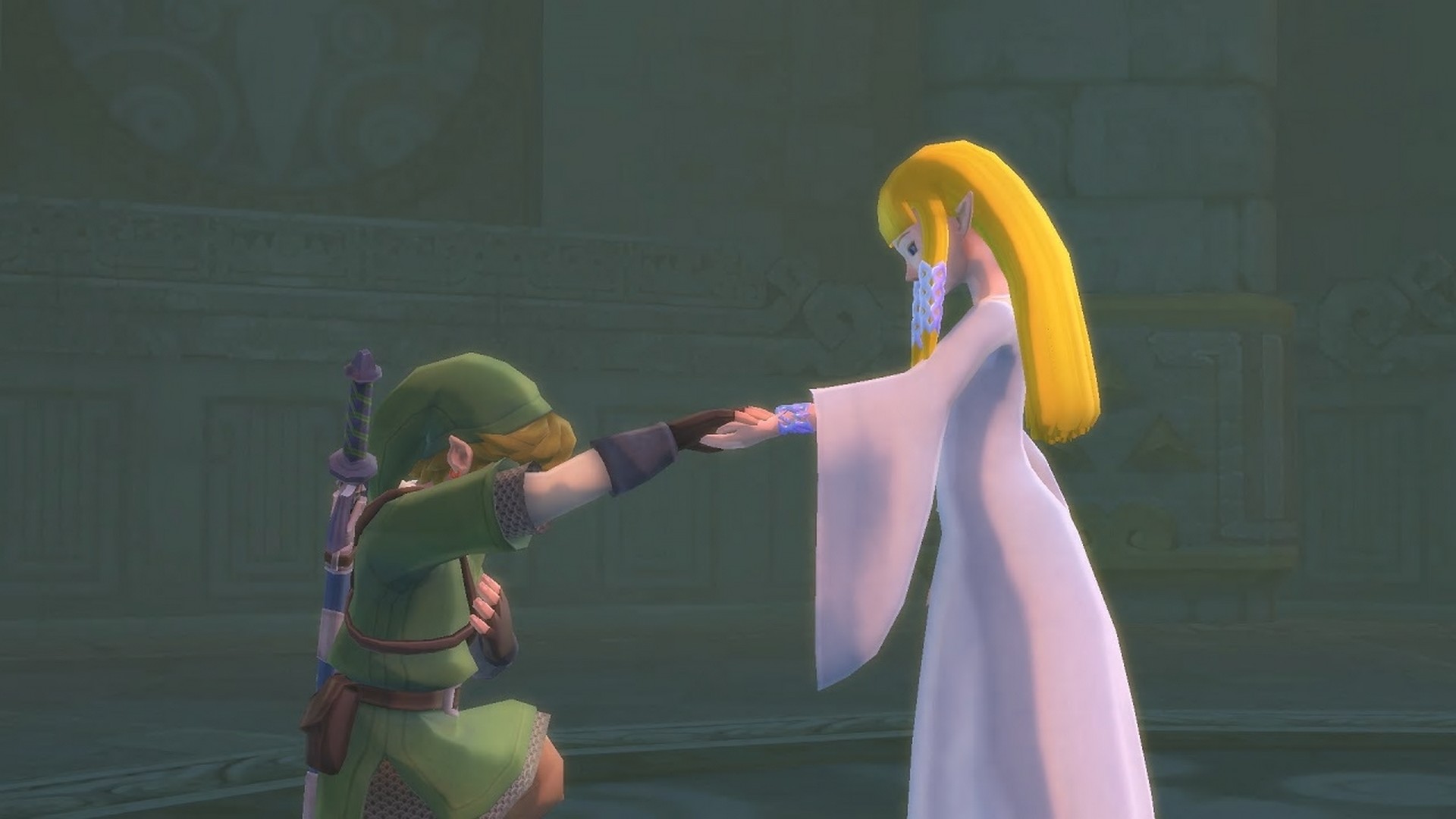 It seems the less realistic character design approach benefits the game design in subtle ways, and it extends to the world around it. Making the jump from the Wii, my eyes are painfully thankful it has increased from 480p at 30fps to an impressive 1080p and 60fps. In docked mode it was beautiful and in handheld mode, I could barely tell the difference. I didn’t notice any frame drops and something as simple as the dialogue texts scrolling smoother just makes this game an all-around pleasure.

There are some other notable improvements to be found with the option to speed up the dialogue by holding “A” or pressing “B’ which was nice. Picking up items is streamed lined, so you don’t have to read a giant block of text before it then shows you where they are putting it in your bag every single time you pick it up. A new autosave feature that shouldn’t be relied upon but has saved my butt a few times and Fi being told to calm down a bit was a welcome addition. I don’t have any strong feelings against Fi who is bound to the master sword, and it’s her literal duty to guide you through your journey. However, her AI-like persona, specifically calculating the percentages of each action I do, feels out of place in a fantasy adventure game and I would rather have Navi yelling at me than hear another estimation again.

After experiencing the 2017 game of the year, Breath of the Wild, I thought I was above returning to the more structured versions of a Zelda game. What I found was that returning to the formula that I grew up on was like returning home after many years and eating your favourite home-cooked meal. There may be a fancier meal out there, but this one makes me feel all warm and fuzzy inside. 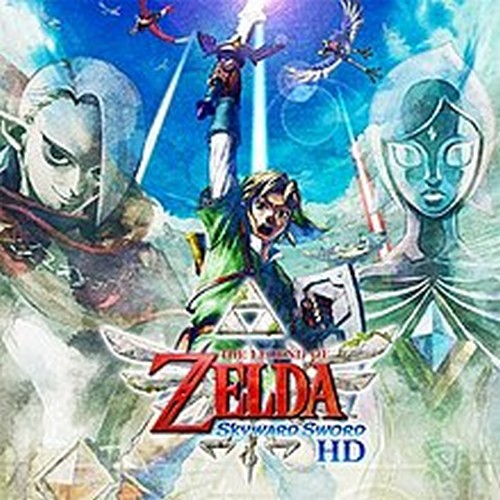 Take to the skies, draw your sword, and experience the earliest story in the Legend of Zelda™ series. Join Link in his high-flying quest to save Zelda, a childhood friend who must confront her destiny.