Timothy Vs The Aliens

I love Noir games. They normally are gritty, griming, and fast-paced in action and dripped in dark sepia nostalgia. ‘Timothy Vs The Aliens’ by WildSphere originally released back in 2018, is a small open worldish, platform adventure title that oozes charm but platforms flat on its face in basic execution.

The tale opens with a mobster underling as he wheels and deals with the local criminals which is unfortunately interrupted by a very inconvenient alien invasion. Your mission now is to convene with the remaining town folk to take down the alien infestation and hit back at the mothership hovering menacingly over the city.

It is quite a mundane premise really especially since the dialogue is all text script. The whole concept does come off as quite a child-friendly game until you factor in the tommy guns and mobsters. It really is a bizarre direction story-wise when you also factor in the gameplay. 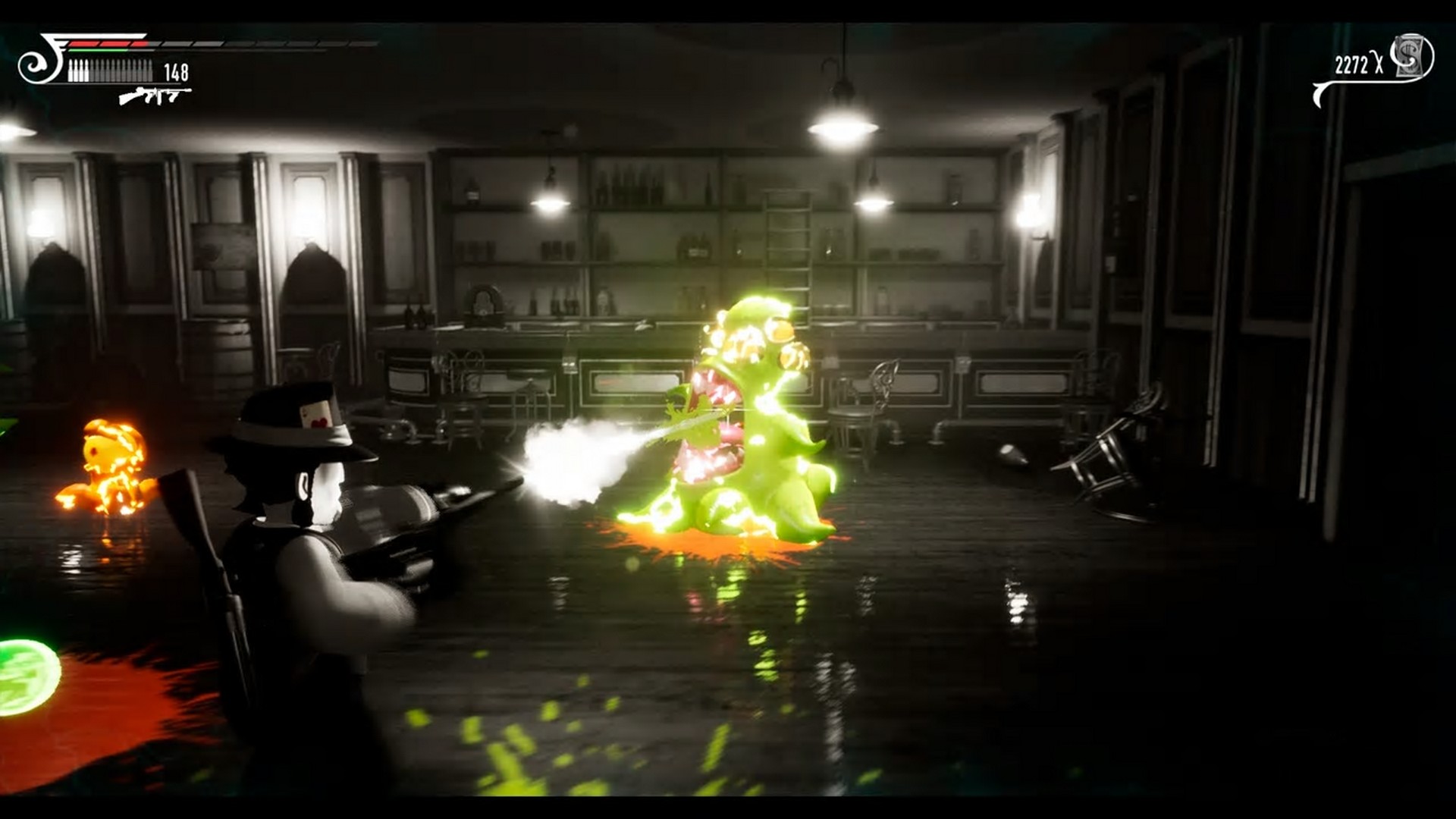 The gameplay is pretty generic, often requiring you to fetch an item from somewhere and back tracking to open another area. There are about 4 not very interesting enemy types and rats that were hard to see at times in handheld due to the black and white aesthetic. The end boss battle was a fun peak moment but not too difficult and definitely was not enough to carry the progressively repetitive smaller minion fights.

The core controls of shooting a range of guns were solid; each gun felt different but I found I often didn’t really swap between them as I had so much ammo at my disposal. The running and platforming though was very janky both with the joy-cons or on a controller, often grabbing ledges or missing in the same spots, and in tight rooms, the camera pull just made fighting aliens spawning in, a nightmare. I did actually enjoy the slow time feature as it often enabled me to get away from the onslaught of aliens at times. 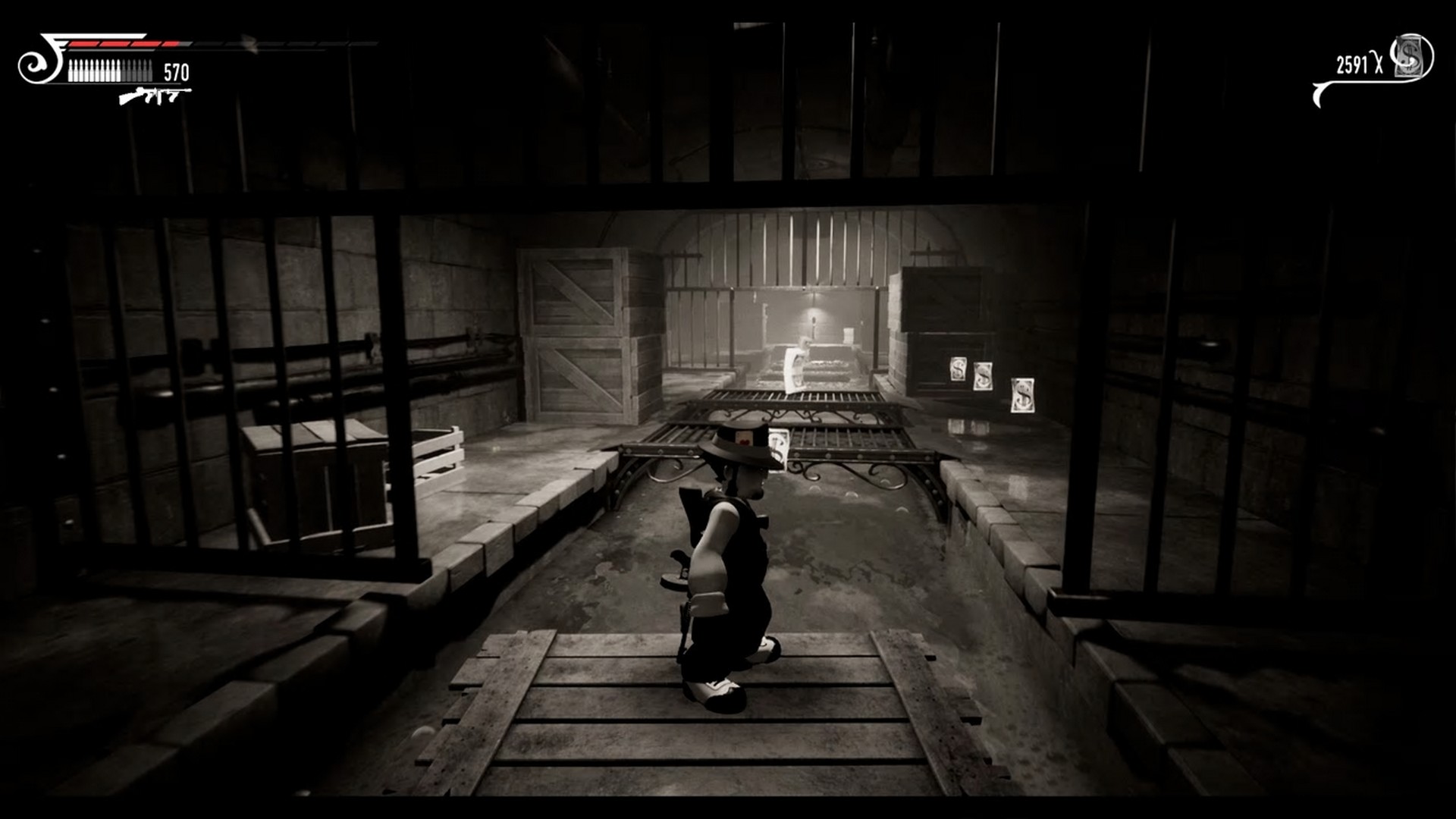 As I mentioned, due to the Noir stylings of the game, it is all played in a gorgeous black and white cue. Coupled with the cute animation designs that look good docked or in handheld, Timothy Vs The Aliens is such a nice game to look at during playtime and during cutscenes. Complimenting the era is also a cool jazzy backing compilation of music, though it’s just a shame it is shadowed by lacklustre gameplay.

Overall, Timothy Vs The Aliens is a solid experience if you want a basic platformer adventure with not much innovation or exciting surprises. While there is hope in the beautiful animations and music, sadly, the story seems rushed with no love being put into the combat and platforming. Gangster’s paradise, this is not.

Timothy Vs The Aliens 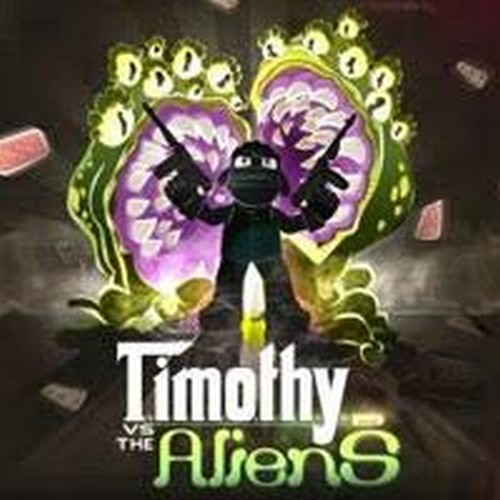 An open-world game that combines platforms, puzzles and a lot of action in a large city that can be freely explored and is full of characters, stories and adventures.