It’s your first day of work and your supervisor is showing you the ropes when his boss calls him and tells him that you are his replacement, he swiftly proceeds in telling his boss where to go. You’ve done it, you are now in charge of a waste transfer station on a desolate world. Your dreams have come true! Well maybe if you knew what to do! Trashed is an indie factory-building game that has a slight amount of combat integrated into it. It’s much like Satisfactory or Factorio, but the factory building is extremely limited. This game is developed by John Presseisen and published by Crescent Moon Games.

“Look at me, I am the captain now” is how I felt when I first loaded into the game. I was instantly thrown into the deep end when my supervisor told the boss where to stick it. No training? No experience? No worries! Well if the game led me on a path and helped me out a bit there would be no worries, but while trying to figure out the game, the overpopulation of the trash world soon began causing my game to freeze up and needing a restart. 30 minutes wasted. Queue game number 2. We got a little more progress in.

I planted incinerators and recyclers, and I was on a mission to make my world waste-free, but boy was I wrong. Constant, and I mean constant, waves of demise ensued as delivery after delivery of trash rained down from the heavens and blotted out the sun. I got 1 hour into that game before I had to restart after the GPU struggled to keep up, and the specs on my rig aren’t the worst. I’m running an RTX 2060, 16GB ram, and an i7-9750h. These well and truly exceed the recommended specs and manage to run more demanding games than this with no issues. 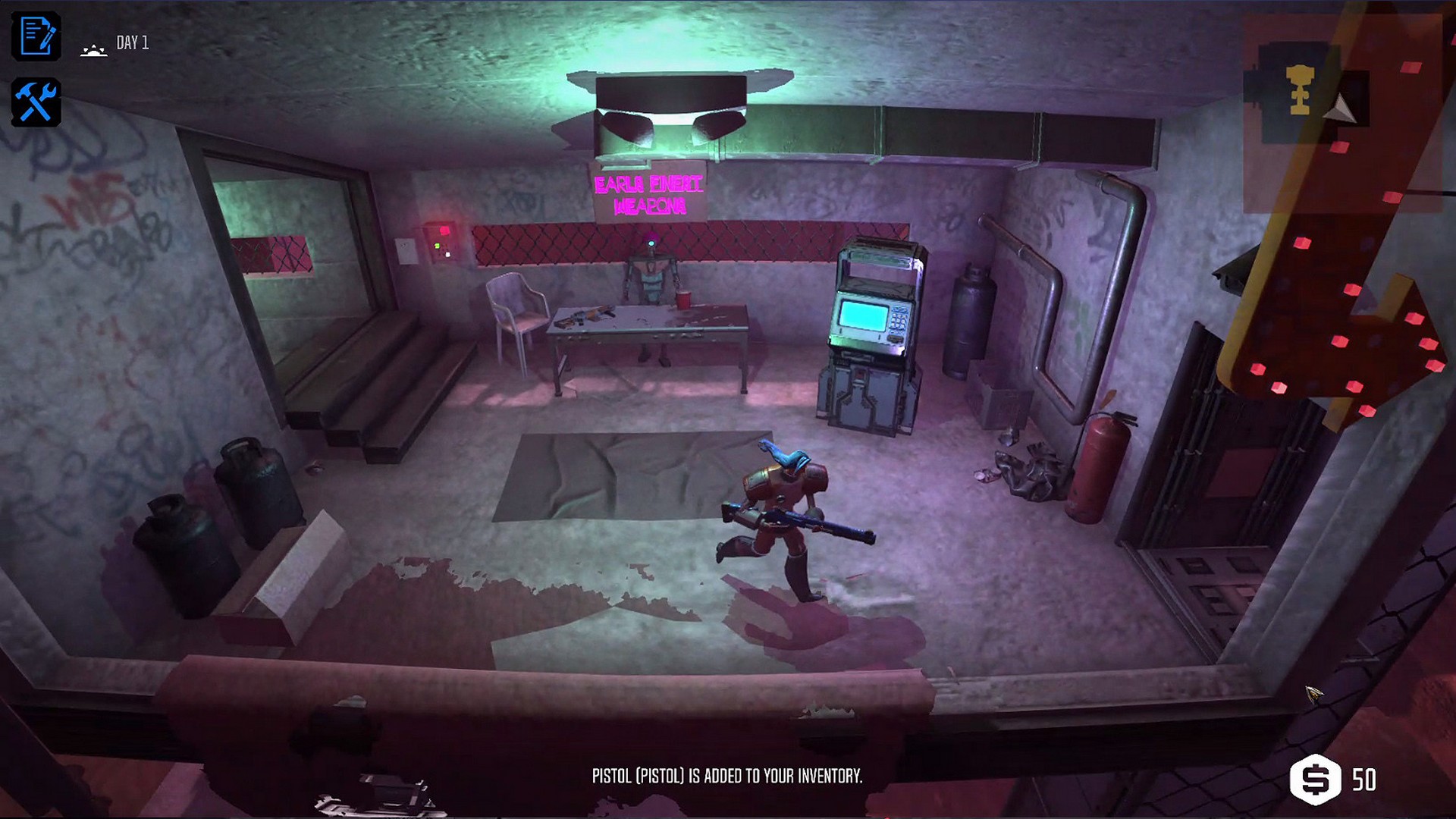 The in-game controls are standard across many other games but are super janky. The controls for the game constantly stopped working, the guns wouldn’t shoot, the pause menu wouldn’t work with the hotkey, and the build menu wouldn’t appear, causing me to constantly restart the game which I soon gave up on doing. I found driving the vehicle an extremely tedious task, and much like mowing an overgrown lawn with a push mower, the vehicle constantly felt like it was getting stuck, which altogether made me stop using it. The vehicle is a self-charging electric vehicle, so at least they are trying to look after the environment right?

I’m not sure, but I think the developers wanted me to go deaf, insane, or maybe both. The audio mixing was terrible. Turning down the volume of the effects to a suitable range caused some effects audio to be muted. Shooting a gun was like a new generation suppressor was fitted straight out of the future, but when the bullet impacted on a solid surface almost made my ears bleed as an extremely loud high-pitched clipping noise punched me right in the eardrum each time the bullet connected. The delivery ships were excessively loud and the bass from them when they flew over made my headphones shudder on my ears.

This was interesting in that not many games have done this. The only OK thing about the audio was that there is a small amount of voice acting at the start, but after that every interaction is text-based. It would have been nice to have some continuity. The background music is your standard looped lo-fi audio which had a desolate eerie feeling to it, but the bass! Oof! The bass constantly punched me in the ears and vibrated my headset, but I mostly enjoyed the small amount of gameplay I could put into this game better with the game on mute. 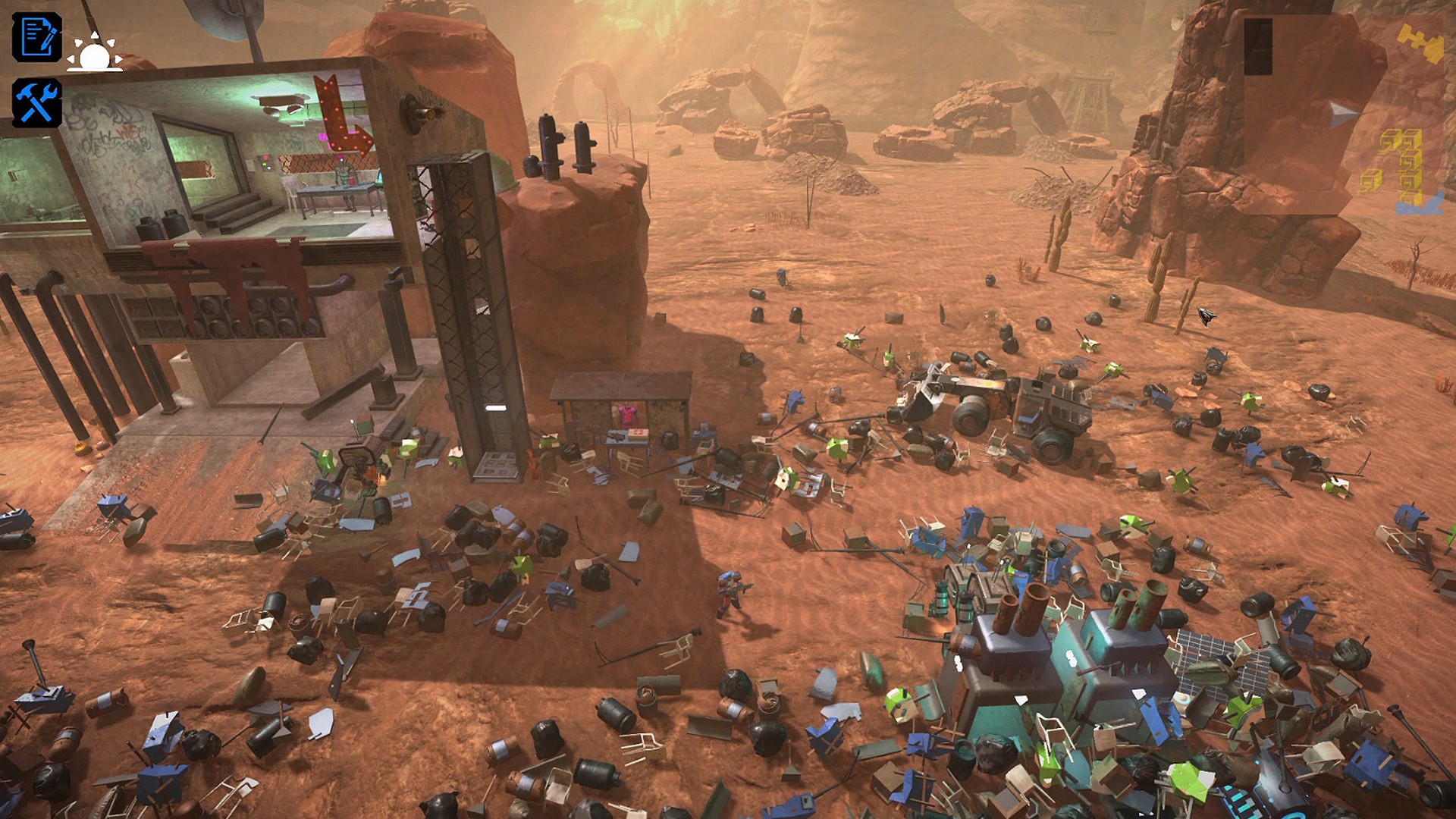 The trash world you reside on becomes super overrun by trash extremely quickly. With constant shipments that feel like they come in every 20 seconds, this causes extreme strain on the GPU in its attempt to render in every little broom, tire, and trash bag. At one point there were 10 trash golems and a mountain of trash larger than Mount Doom which I couldn’t do anything with. This led the game to “run” at a maximum of 10 FPS, which in turn made the game unplayable.

Even now while I’m writing this review, the game is “paused” and I can hear the treacherous sound of shipment after shipment being delivered to which I now know as my own personal hell. There was no way to reduce this trash quickly enough before the next shipment arrived either, so I found myself having to start a new game and go through the same process over and over.

All in all the game is still very much in pre-alpha. It needs a lot of work to make it run smoothly and some fine-tuning here and there, but I won’t be rushing to play it until there have been some major improvements. I enjoyed the concept and some of the ideas were great, but it just struggled to deliver. With the constant overpopulation of trash in the world and the inability to clear it fast enough, the game stuttered and ran at 10 frames causing me to not get more than 1 hour of gameplay in. 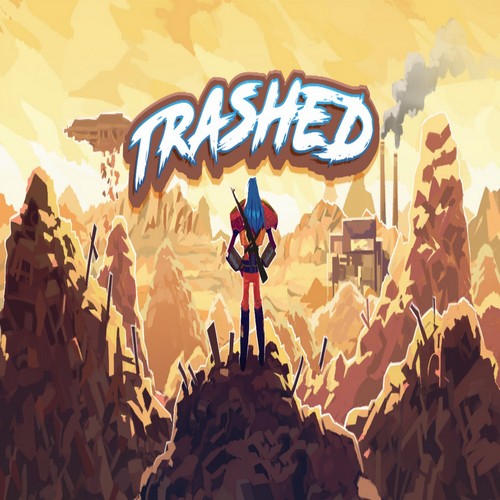