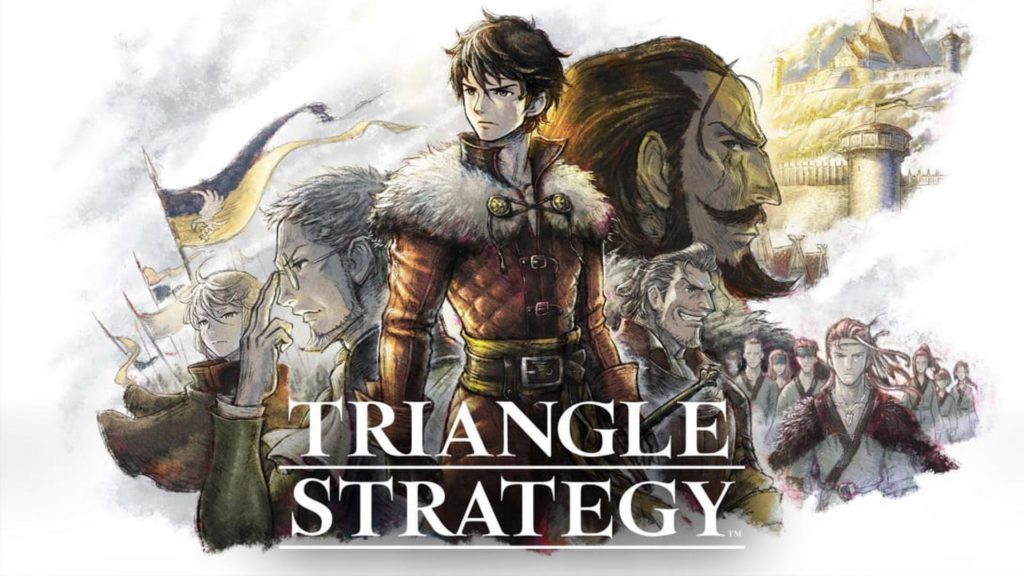 When it comes to tactical role-playing games, Tomoya Asano has a certain affinity for creating deep and meaningful worlds. Triangle Strategy is the brand new game by ‘Artdink’ that was produced by the highly coveted ‘Square Enix,’ and is a wonderful pairing of talents and insights. Releasing exclusively on the Nintendo Switch, we look to see if this can become an instant classic and become the current system seller.

The land of Norzelia is home to three distinct kingdoms and has been ravaged by war, deceit, and hardship. The Salt-Iron War was brought on between the nations of Aestfrost and Hyzante before it dragged Glenbrooke into the fold. Many were felled and an uneasy truce was formed to create a fair trade system for each kingdom to rebuild and usher in a new era of peace. The younger generation that has begun to come through, such as Serenoa from House Wolfort of the Glenbrooke region, is set to take the mantle, but a sudden outbreak of war may set them in a different direction.

In a stylish choice of art style, the 2D sprite in a 3D environment was such a pleasure to look at in either docked or handheld mode. Backdrops were stagnant painted set pieces with stunning features that far exceed what would have been capable of classic games in this genre. It felt grounded in nostalgia with visual flair to show beautiful landscapes with glistening and flowing waterfalls, or sunbeams breaking through the stained glass windows, making a scene glow was amazing. With a clever and dynamic musical score to highlight some whimsical moments and upbeat tempo battle tracks that give a sense of urgency when needed, you will always feel a sense of wonder in any setting. 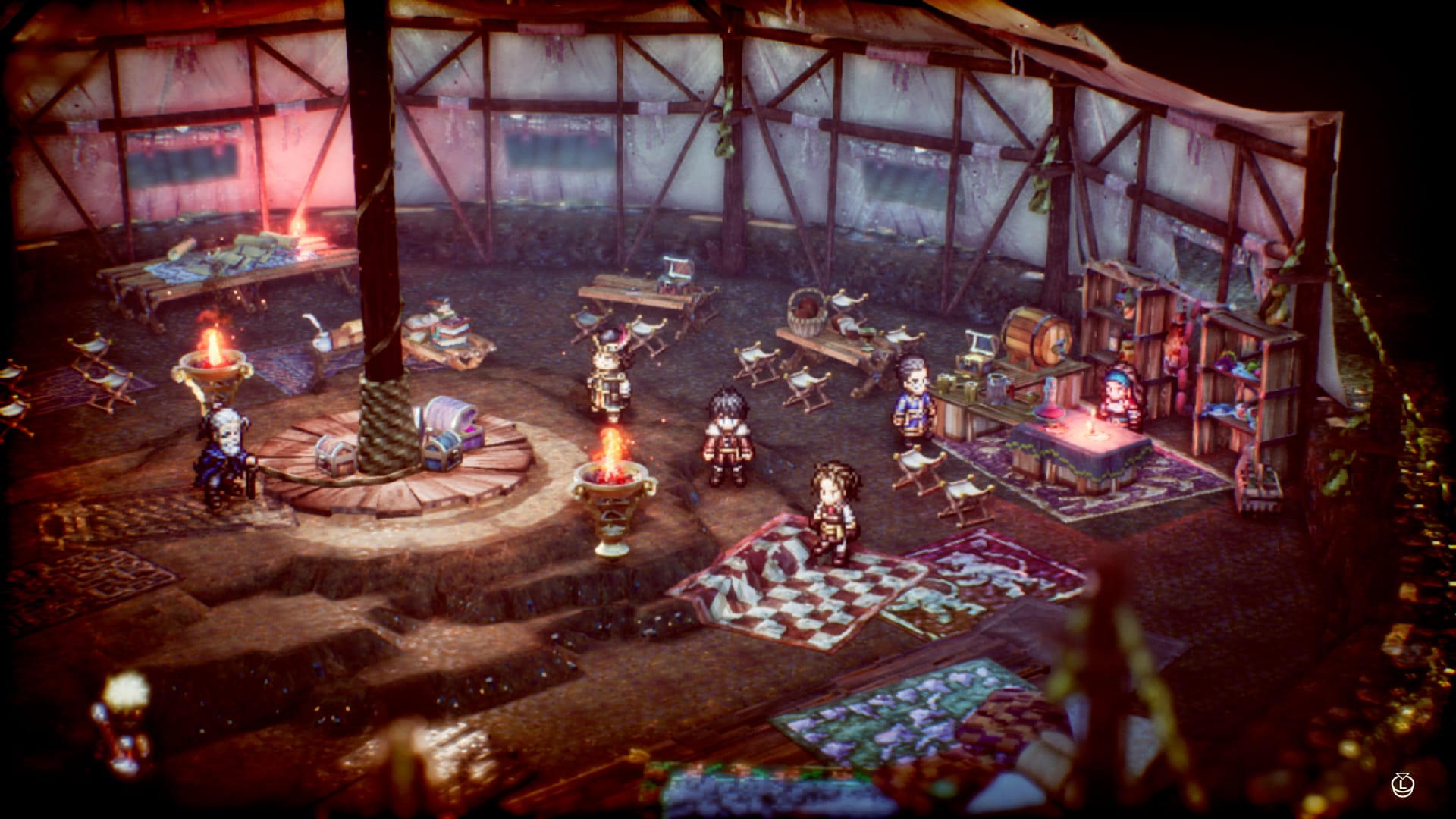 In the past, there have been many games of this genre that tell the stories of the world and character completely through a text-based delivery. The fact that every single character, big or small has its own voice, and every interaction, whether in a battle or a safe zone, has an impact on the story is an astonishing achievement. The entire game is based around an influence system of Utility, Morality, and Liberty, with game-changing repercussions depending on how well you manage your choices. The triangle strategy was in full effect early on and I didn’t even notice until my earlier choices came back into play.

A large portion of the game is dedicated to dialogue, with a consistent set of exposition unloads early on being alleviated by the well-written script. There are plenty of battles to break it up, but I must preface that the ultimate goal of this game is heavily influenced by paying attention to the story and guiding Serenoa to influence his group to make the right choice in the ‘scales of conviction’ for tactical advantages. Being able to explore multiple locations across all three regions and gathering as much information as possible will certainly seem like the right choice has become apparent, but unless you can convince your party otherwise, they can vote against your decision. It was a very engaging system that was highlighted by a visible timeline to see where your deviations can offer shocking revelations and lead to multiple endings.

Everything I have mentioned will also carry over into the combat side of the game as certain fights will have advantages or disadvantages based on your choices. Each battle is spread across a lay of the land which could have many different height advantages, bottlenecks, and room to outmaneuver your opponent. Working off a traditional turn-based grid system, you are able to see how far a unit can move, whether they are in the range of the enemies, and if they can strike back based on the colour of the squares. You can even use a simulated view to see how the enemy may respond before making your choice. 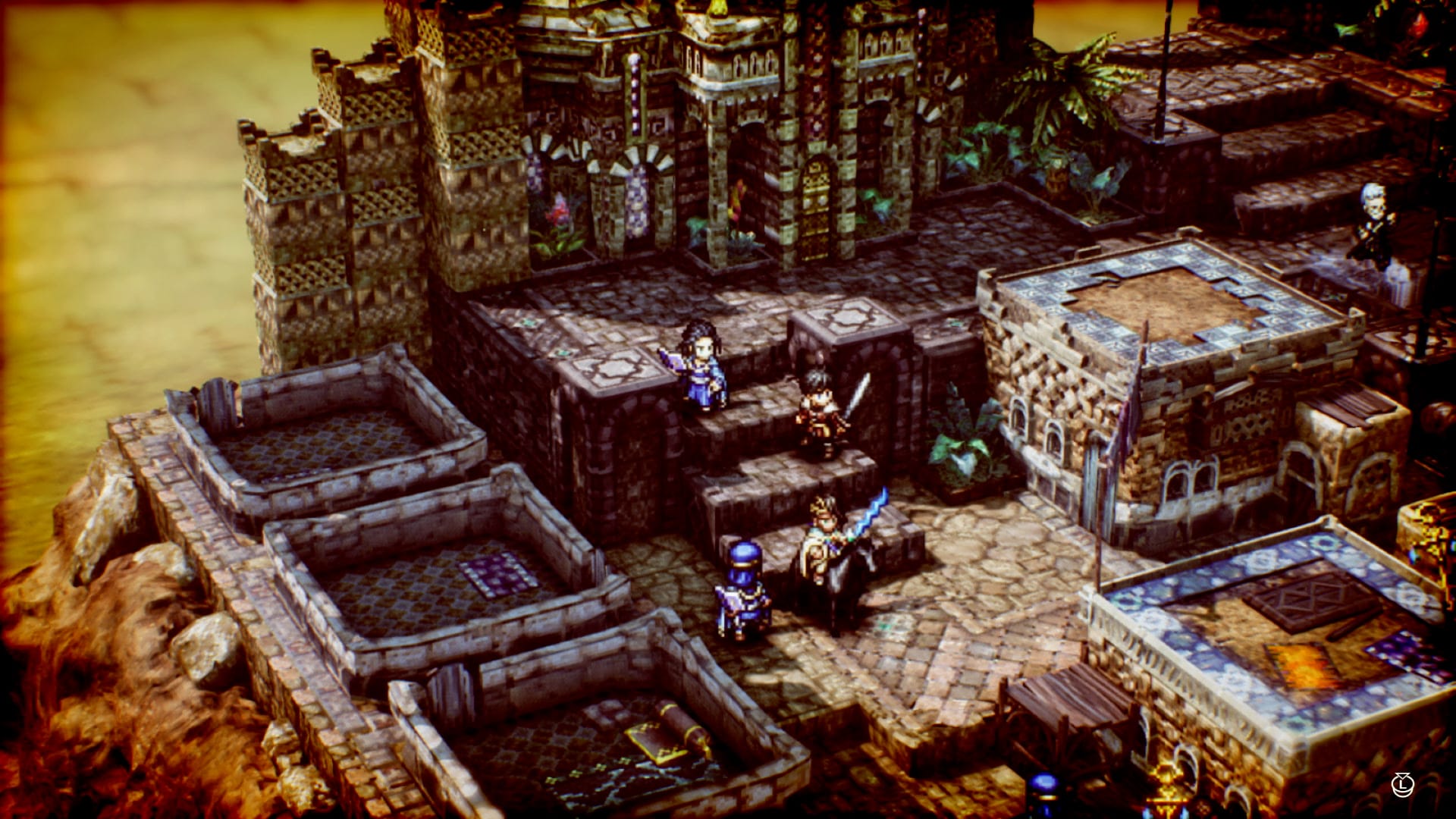 Small details, such as pinning an enemy between units to double up on an attack, or facing your character with their back to the wall to save yourself from a critical strike, were all important details to survive the often very long battles.

On a surface level, it may seem similar to other games in this genre but while playing, it is clear this is a love letter to fans of the likes of Final Fantasy Tactics. Creating a battle platoon with a diverse team was always fun to navigate, and being able to recruit new soldiers that always seem to be within a few levels of yourself eliminates the need for unnecessary grinding. Yes, you will still need to do some extra work as the main campaign alone won’t be enough, but there are options to flee a fight to save all the experience you have gained, and training battles to test out team composition never felt like a painful chore. I was particularly impressed with the real-time levelling system that would see each character gain experience per move and could unlock a new ability during a fight that can be used immediately.

I was thoroughly engaged in the wonderful world created and was glad for the ability to adjust the difficulty at any time. Playing on normal difficulty gave the best experience, but for a significant challenge, I do encourage trying the higher difficulties to be humbled. Triangle Strategy is a phenomenal game and will offer countless opportunities to pave your own path towards multiple endings and the option of New Game Plus. For anyone mildly interested in turn-based strategy you will feel right at home and I would highly recommend diving in the first chance you get. 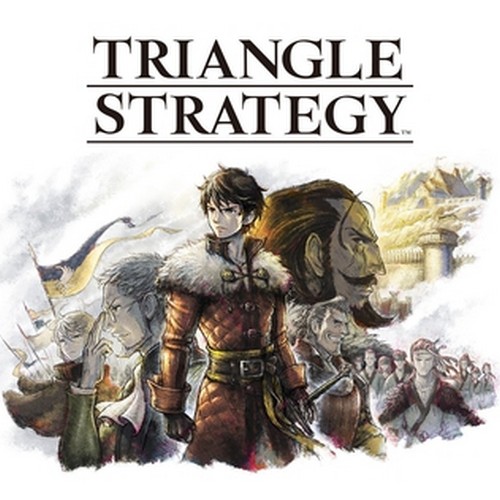 Published by: Nintendo
Developed by: Artdink

Maneuver characters around multi-tiered maps to gain the upper hand. Use the terrain to your advantage by flanking enemies, or link elemental attacks to cause massive damage. Level up your recruits to secure new abilities and upgrades.