G’day, mate! Let’s take a step back in time to 2002 as we get to relive the PS2 Aussie Crash Bandicoot spinoff, Ty the Tasmanian Tiger HD. Krome Studios have brought back this classic gem and put it on the current generation of consoles, and this review was done on the Xbox Series X.

The game’s plot starts off with the evil emu, Boss Cass, entering the Aussie outback to steal five magical talismans so he can rule over the country, but he is confronted by a family of Tasmanian tigers wielding boomerangs as they fight to defend the talismans from falling into the wrong hands. Boss Cass is able to open a portal and throws the family into it while the father of the group throws his boomerang to dislodge the talismans and scatter them around the outback. This was TY’s family when he was a baby, and after they’re lost he is raised by a family of Bilbies. Coming of age, he sets about on his adventure to find the talismans to rescue his family while battling Boss Cass and his goons.

The game will feature new skins for TY that can be changed at any time on the pause screen, and a new game mode setting called Hardcore Mode. I would suggest playing the game a few times over before trying this difficulty. They’ve also improved graphics for HD and 60FPS, and they’ve added 13 different boomerangs to unlock and use to progress through the game, allowing you to access to the 17 different outback locations on offer. 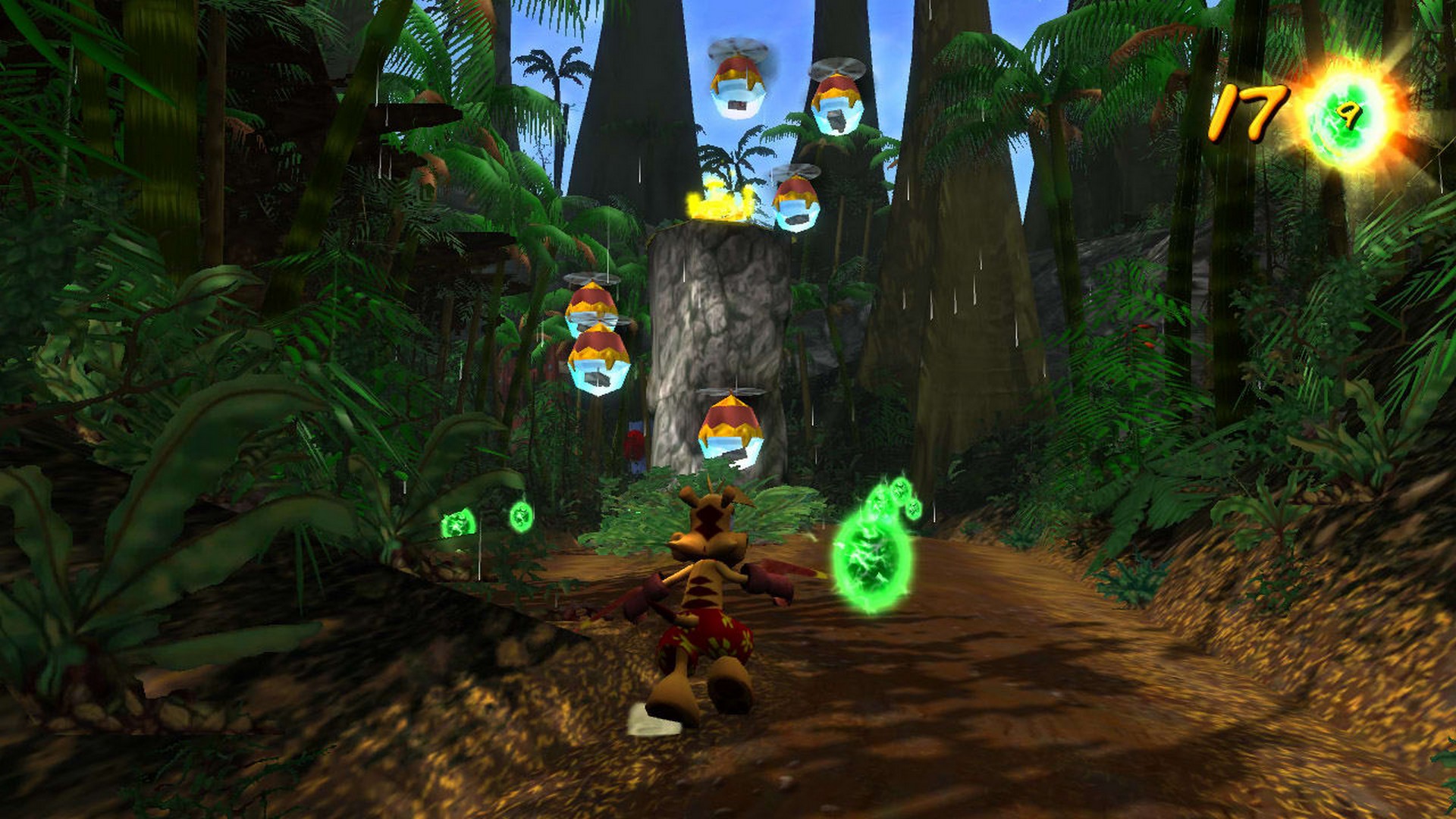 The graphical updates have been done well, but there are just a few slight clipping issues I happened to notice, especially with the water sliding missions, with parts of trees clipping in and out making it hard to see and avoid obstacles. The levels have good details to them, are fairly large, and have plenty of secrets to find – you will definitely want to replay missions again when you unlock more abilities and boomerangs. The character designs honestly looked like they have not improved from back in 2002, and it is really noticeable when you look at the platypus characters, but the voice acting makes up for the lack of updating.

So onto audio. As you are playing there is a presence of outback and Aboriginal-styled music in the background. From didgeridoos to banjos, the music is easy to not notice, but this isn’t due to it being too quiet or bad. It blends in perfectly and keeps at a balance with everything else happening on screen. Nothing was out of beat.

The voice acting was spot on and the use of all the Aussie slang being thrown around actually made sense. It shows the original team did the research on what the terms were instead of just hearing it said once and using it out of context. “Ya Rippa, I got one!” for instance, is said when TY collected a thunderstone and is perfectly suited. 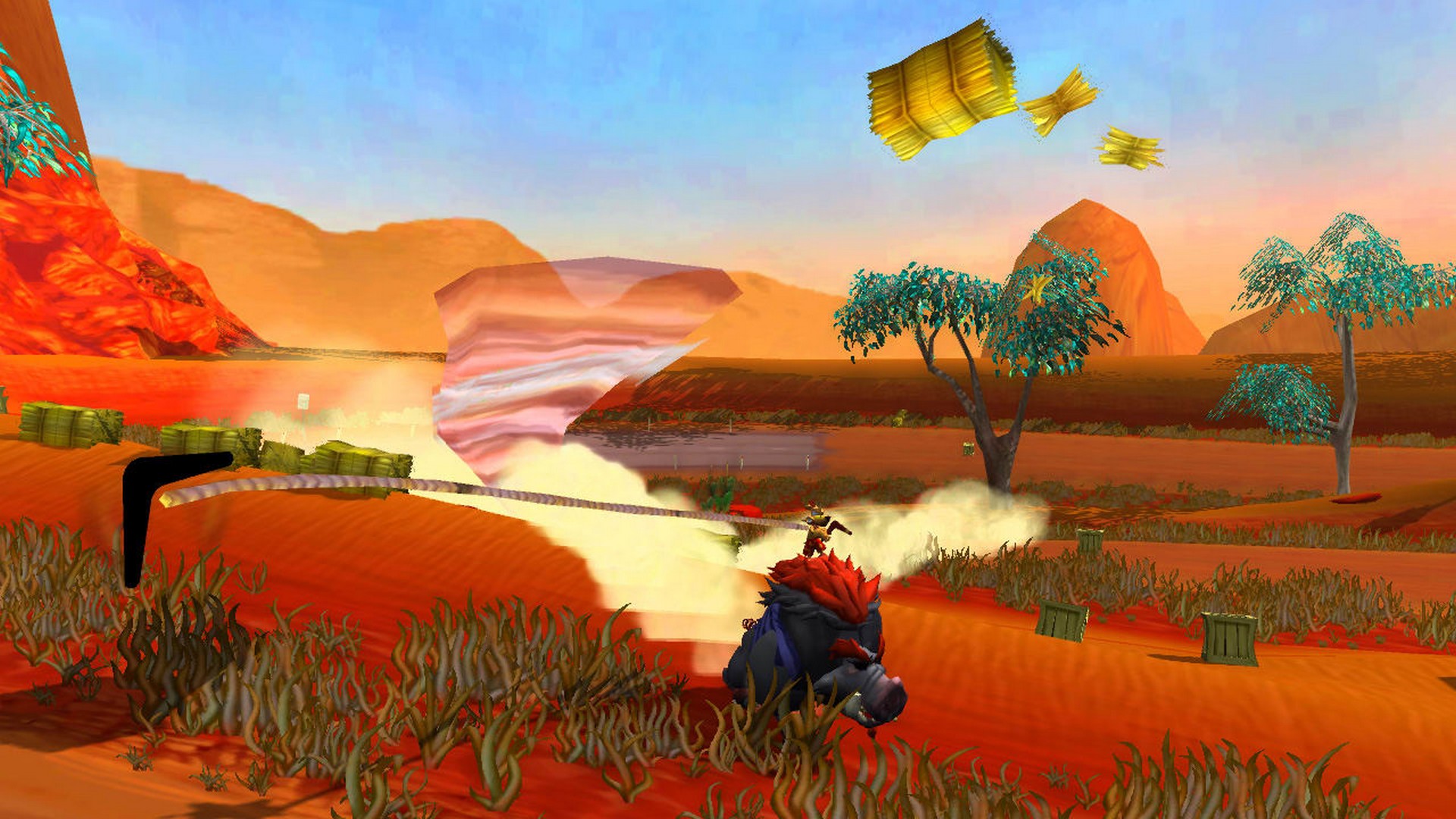 How does the game handle? Surprising, very well. I tend to find older games that have been updated visually usually skip out on the controls being updated, so things usually feel clunky. I did not have this with TY the Tasmanian Tiger HD. The controls and default mapping work very well, and in return the gameplay was smooth. Whether I was gliding in the air or swimming around in the ocean, nothing felt clunky or out of place on the controller.

TY the Tasmanian Tiger HD is a fun game to have back in this era of gaming. If you like Crash Bandicoot and Spyro, you will love TY the Tasmanian Tiger HD. The game offers plenty of replayability because you need to collect “X” number of stones to be able to go further into the game, and some stones can only be reached after unlocking a certain boomerang.

Some tasks in the later levels can be a tad bit harder than early on missions, so if you are getting this for a younger player, you will most likely need to give a helping hand. Sometimes, the last thing you need is tucked away in a small corner, or maybe it’s in the most obvious place and you completely missed it. I am glad to see that TY the Tasmanian Tiger is back in HD because I never had a chance to play it back in 2002. 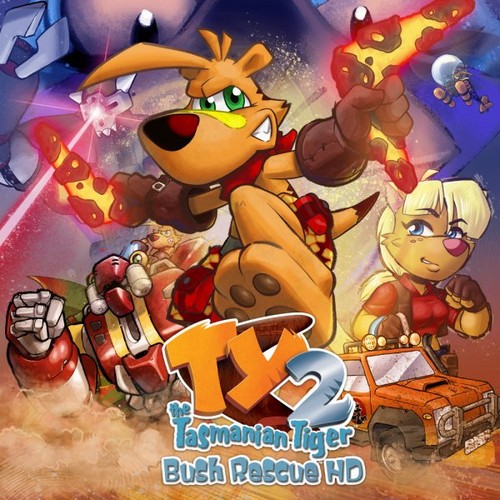 G'day, Mate. Explore the wilds of Australia with TY the Tasmanian Tiger, the charming Aussie platformer.