Developed by Indoor Astronaut, and published by Daedalic Entertainment, Unrailed! adds a whole new twist to games where the aim is to see just how far you can get. Unlike some of the more popular mobile games, Unrailed! is designed to be played in multiplayer, with players working together or against each other to see how far they can get before their train inevitably derails.

As a group, or as an individual, players will need to balance the collection of wood, stone and water to continue building track while maintaining the temperature of the locomotive. For players working on their own, the game will give you a handy robotic companion that can be ordered to assist with these tasks.

In appearance, Unrailed! is really easy to pick up and play, so the brief experience that was the tutorial was more than adequate. Unrailed! shares the same movement keys as almost any game you can think of, while the space bar performs all your other functions, such as picking up the axe, or placing down a piece of track. Even controlling the single player robot is as simple as holding down a button, choosing an option, and then moving and clicking with the action key. 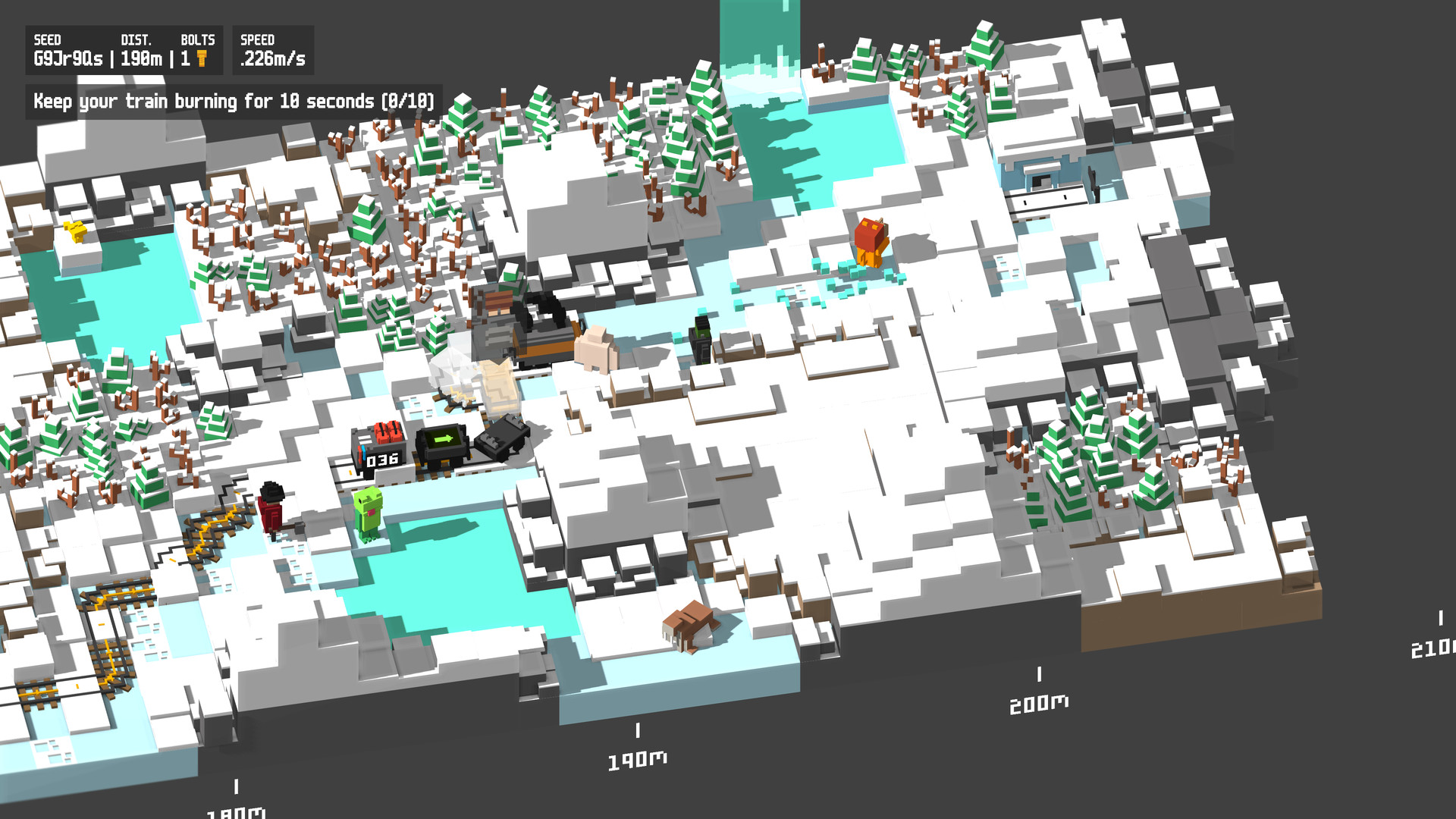 You won’t even need to interact with the trees or rock formations to farm for materials – You just stand close enough and your character will do everything else, and if the robot is helping to build the track, it’ll run around and collect the materials, put them in the corresponding container on your train and use the track segments once it’s done.

The challenge comes when you realise you need to plan your route more efficiently. As you pass through a station, which in turn acts as a bit of a checkpoint, your train will speed up, giving you less time to plan and then create the track. As the biomes change, so too will the amount of material available to create the tracks, so you’ll want to try to make sure you plan a route that will accommodate.

Fortunately, when you stop at the stations, you are offered a chance to upgrade your train or add more carriages. This can be anything from increasing your storage, through to upgrading the locomotive, unlocking new biomes to explore. Unrailed! does have one quite hefty drawback though, in particular when it comes to multiplayer, with the main game mode Endless requiring quite a bit of time to really get anywhere. Of course, you could race against your friends in a 2v2 competition, or just jump right in with the sandbox mode, not really having to worry about the smaller details. 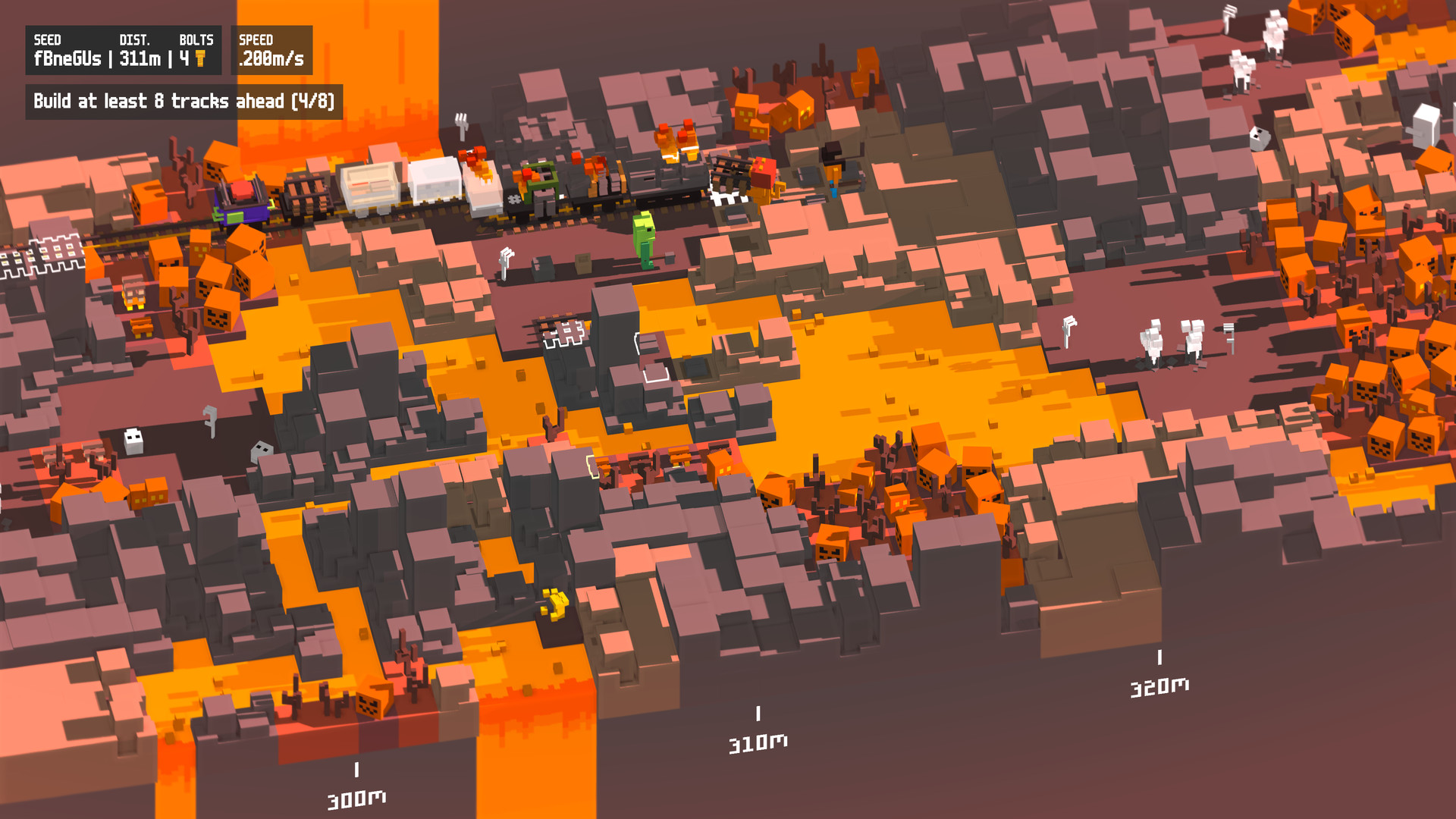 When it comes to the graphics of Unrailed! we really get a bit of a Minecraft vibe, though with considerably less detail. Having said that, you can easily distinguish what is a tree or a bush, what rocks you can break down or where you can collect water, and this is what really matters in the long run.

Music and sound effects are equally as simple, with the music really only playing while you’re setting up a world to play on, while the main menu features the chugging noise of a locomotive, but both get old pretty quickly. In game sounds are also a bit lacking, though you probably won’t pay attention to them, as you’ll be too focused on ensuring all your supplies are within reach or yelling at your team mates for not doing their job.

While I never really understood the appeal of Flappy Bird, I can see how Unrailed! might gain some traction. Every little mistake you make could end in a burning wreck, and while having up to three other players helping you out might initially sound easy, we all know too many chefs can spoil the broth. If you’re the kind of person who has a bit of time available and likes a challenge within a challenge, then Unrailed! is certainly a title you’ll want to look into. 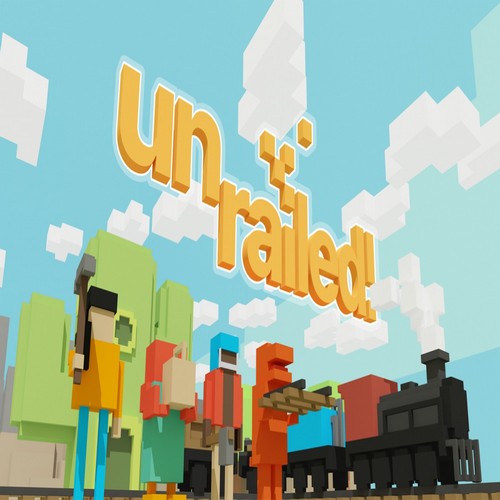 Unrailed! is a co-op multiplayer game where you have to work together with your friends to build a train track across endless procedurally generated worlds. Master random encounters with its inhabitants, upgrade your train and keep it from derailing!