War Tech Fighters is a game that reminds me of a childhood favorite “Mechwarrior” combined with a bit of “Freelancer”, throw in some movies such as Transformers and Pacific Rim and you get War Tech Fighters.

War Tech Fighters has run with the idea of humans piloting huge machines to defend the human race, do you even drift? Unlike the pilots taking on the Kaiju on earth in Pacific Rim, you are fighting in space which gives it that enjoyable yet challenging edge.

You start off with a basic machine that aims to give you an understanding on what the game is before getting into all the technical stuff. You have 3 different types of characters to choose from with 3 different playing styles. First up, you will need to begin with training. Training is key to learning how to use your chosen fighter and also get an understanding of what some of the harder machines will want from you.

The other great thing about the training mode is that you get to practice your finishing moves. War tech Fighters has really amped up the enjoyment factor by adding the ability to do a finishing move on a nearby enemy.

War Tech Fighters follows a story-line that will have you going in to battle against Zatronian forces to save your galaxy and live forever after as the hero! A bonus here is that you do have the ability to go back and re-do old missions in case you wanted to try the mission a different way. With all the action happening in that place that no-one can hear you scream, be prepared to be challenged. Visually, War Tech Fighters look very “arcadish” while also drawing on Japanese Anime influences to give it an almost retro look and feel. There is no multiplayer option to play which is a bit of drawback however, single player does offer up some fun times with your NPC allies.

War Tech Fighters has a lot of fun elements in it, you have the ability to change how your character looks and also upgrade weaponry as you progress through the game. At the end of every mission you go up against a boss in a war machine like yours, but be prepared, it’s hand-to-hand combat instead of a typical shoot-out. This changes the style of play and takes away some of the repetitiveness a lot games suffer from today.

War Tech Fighters has done a lot of things well, but multiplayer not being included does shoot it down somewhat. 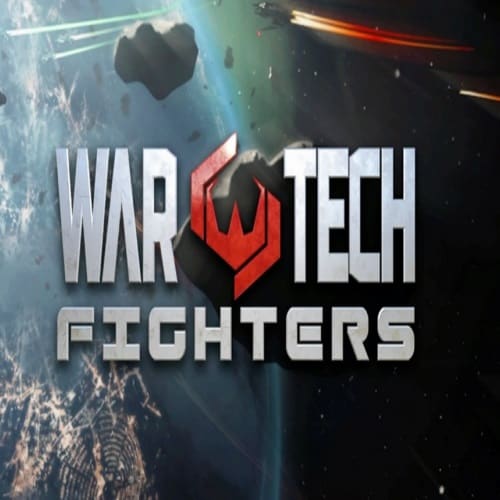 War Tech Fighters – the space action game that combines the spectacular action of Japanese Anime with Hollywood Blockbusters. Configure, upgrade and customize your War Tech and dive into battle to fight back the Zatronian forces and save your galaxy.