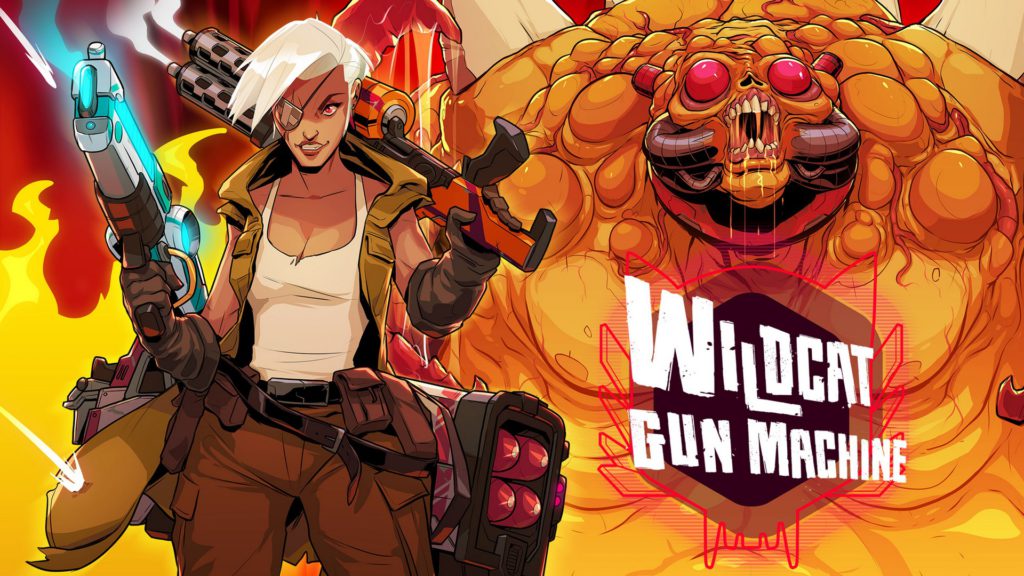 Wildcat Gun Machine is the hell bullet dungeon game you never knew you needed. Featuring high-intensity arenas, boss battles, and music, shooting down abominations with over 40 weapons and special mech powers has never been so insane.

Developed by Chunkybox Games and published by DAEDALIC Entertainment GmbH, this top-down, Roguelike Dungeon Crawler will have your adrenaline pumping while you head out on a monster-slaying frenzy. Wildcat Gun Machine is available on all major platforms, and I had the pleasure of trying this chaotic indie out on PC.

If I told you I knew what the game’s lore and story were about, I’d struggle to come up with something. All I know is when I shoot something to death, they blow up in a super satisfying fiery explosion as if they were being sent right back to the pit of hell they crawled out from. The only thing I know is to shoot shit up until everything stops moving. Having a quick look on the Steam storefront, there is no actual narrative for the game either. So load up, and get ready to hunt monstrosities with some kick-ass weapons and abilities. 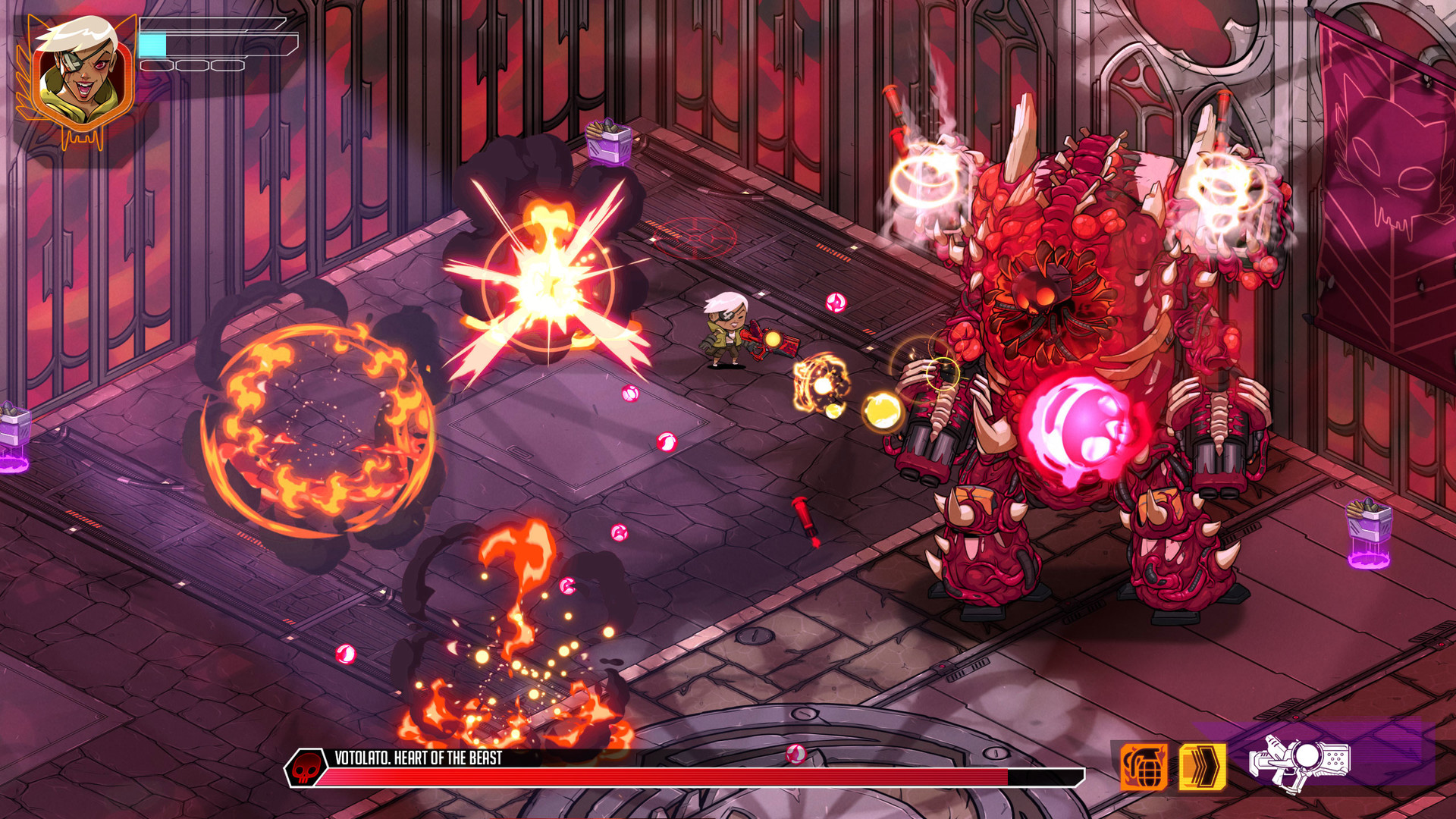 Like most roguelikes, when you die, you lose progress. In Wildcat Gun Machine you can respawn at your corpse by using your spectral cat friend, almost as a life. These “lives” are limited per run and then you must respawn at the main checkpoint while losing a few bones as a token to the ferryman. You can buy extra, and once bought, these extra lives are permanent per restart. At the main checkpoint/storefront, there are a lot of things to spend your hard-earned bones on, ranging from character buffs, new weapons, and extra lives. Bones are easy to come by, just shoot everything that moves and you’ll soon be rolling in them.

The arsenal was massive, with 20 secondary and 15 primary weapons to mix and match, as well as 4 types of grenades and 4 different ultimate abilities, slaying the abominations found within the dungeon has never been more satisfying. The lack of weapon slots on your character, however, was a massive letdown. With such a massive arsenal and only being able to play with 2 tools of carnage at once, it left my chaotic nerves itching.

The lack of multiple weapons doesn’t dull the chaotic nature of Wildcat Gun Machine – the constant monster arenas, and evolving difficulty of enemies keeps the adrenaline pumping. Eventually, you’ll stumble into a boss room, and these boss battles were tough. I’m not going to lie, the first boss wiped me so many times, and that’s not counting the deaths while flailing my way through the maze of death dungeons on my way there. From start to finish, this game is challenging. Whether it be evolving difficulty of enemies to the massive amount of hazards in some areas, I had to consistently stay on my toes. 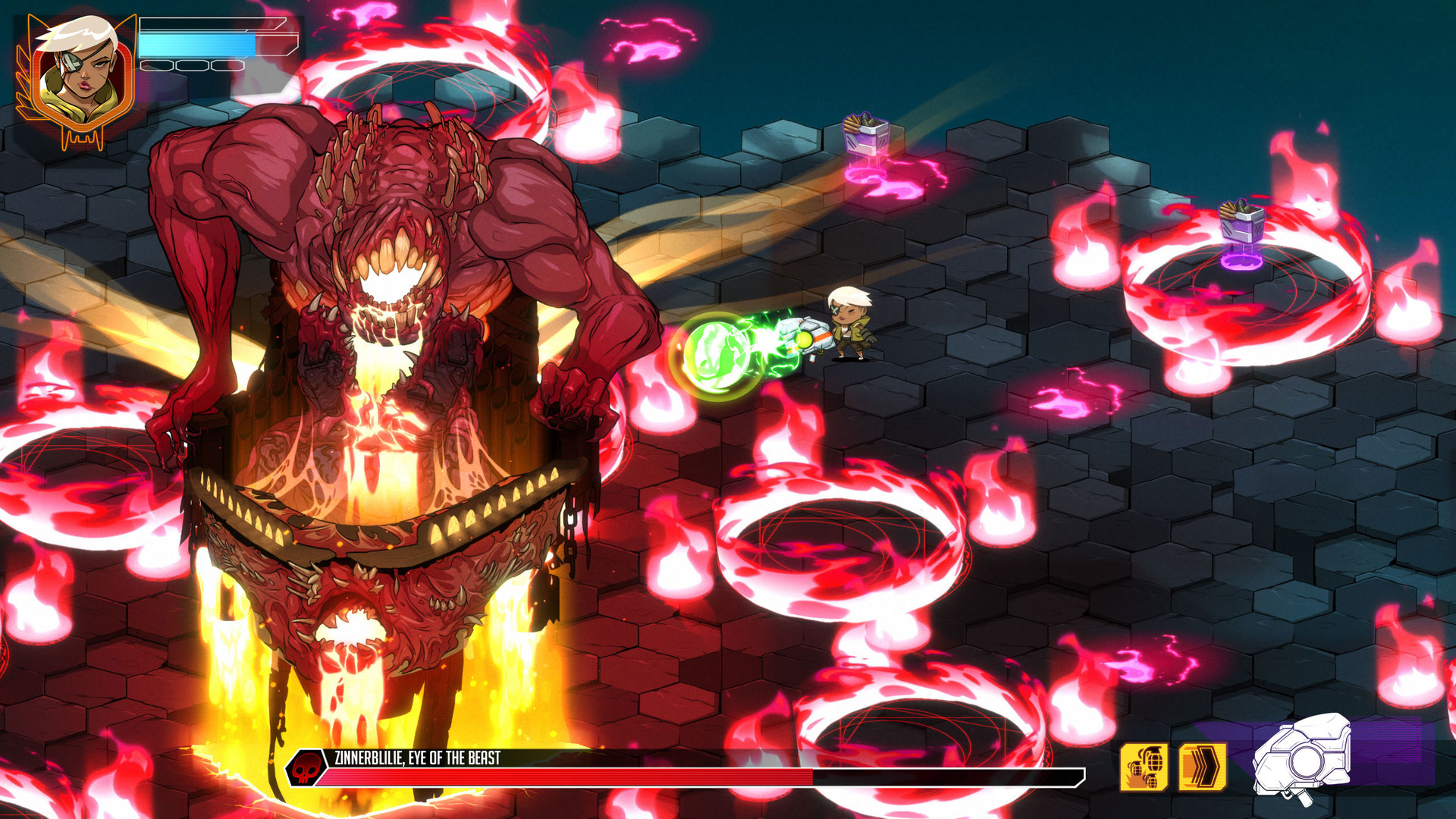 When I first laid eyes on the trailer, it looked reminiscent of Hades, but the visual-likeness of the game is where that comparison ends. The unique 2D art style of the characters and the colourful and vibrant palette was aesthetically pleasing, not to mention the kick-ass death animations and the homage to early titles like Duke-Nukem and Doom, where when you take damage, the character portrait changes.

The audio tracks are sure to pump you up as well, the techno beats fit perfectly with slaying the hellish abominations. The heavy bass got the heart pumping while the techno melodies had me vibing and yelling at the monster scum as they erupted into a ball of fire and brimstone.

Wildcat Gun Machine is an awesome indie where anything goes. Use any arsenal at your disposal to eradicate the vermin in the arenas found on your passage to the big bad guy. Upgrading and becoming stronger is super easy with a central store and respawn point tied into one. I highly recommend picking this title up if you want an in-between game with no strings attached. It’s great for relieving stress because you can mindlessly eradicate hellish abominations. On the Steam storefront, the game is starting at a low $20NZD. It’s not often that these unique indies have a reasonable price, so what are you waiting for? 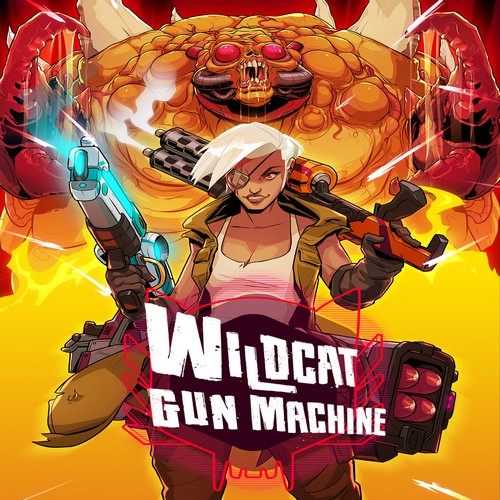 Wildcat Gun Machine is a bullet hell dungeon crawler where you take on hordes of disgusting flesh beasts with a wide variety of guns, giant mech robots, and cute kittens.