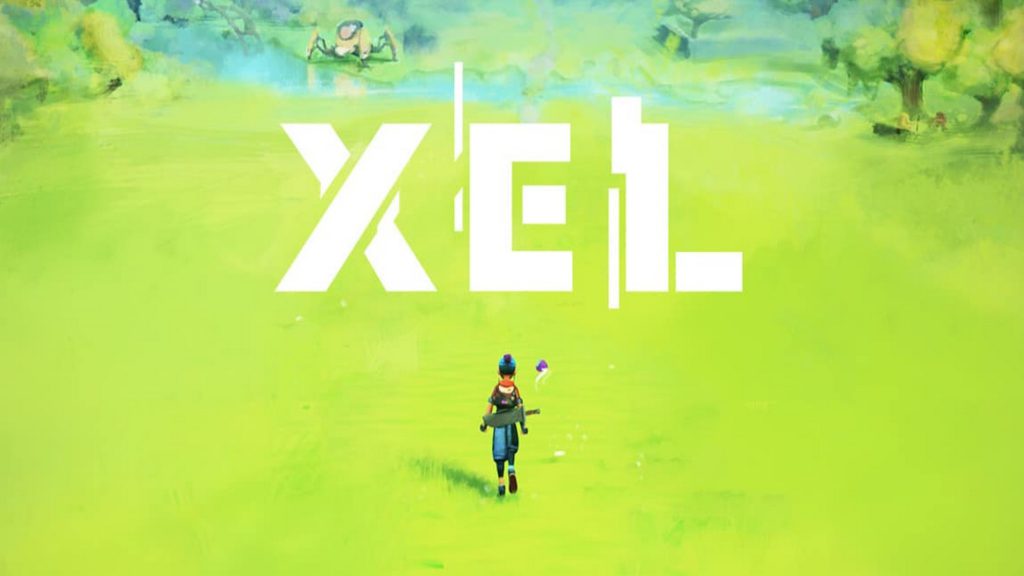 XEL is an isometric action-adventure game by Tiny Roar, with a focus on puzzles and exploration.

The game centres around Reid, who has crash-landed in an unknown location with no memory, and upon waking, is joined by a small robot that requests she finds XEL. The robot, Chap, accompanies her as she begins to explore the world and hopefully, regain her memory.

I don’t enjoy the hero with no memory trope as a way to start the game, but that being said, I found the voice-acting to at least provide an opportunity for a more fleshed-out character. Later I found that the characters lost appeal with a corny script. The writers made a huge effort to deliver a story and dialogue but it didn’t quite pay off as intended.

At the beginning of playing, I found a lot of comparisons to NieR:Automata, from the robot companion to the UI style, gentle music, and a level design of lush greenery and mechanical remains. The first area of the map was fairly linear, but as the player is introduced to the basic puzzle-platforming and combat mechanics, the map opens up to a lot more zones and new ways of traversing environments. 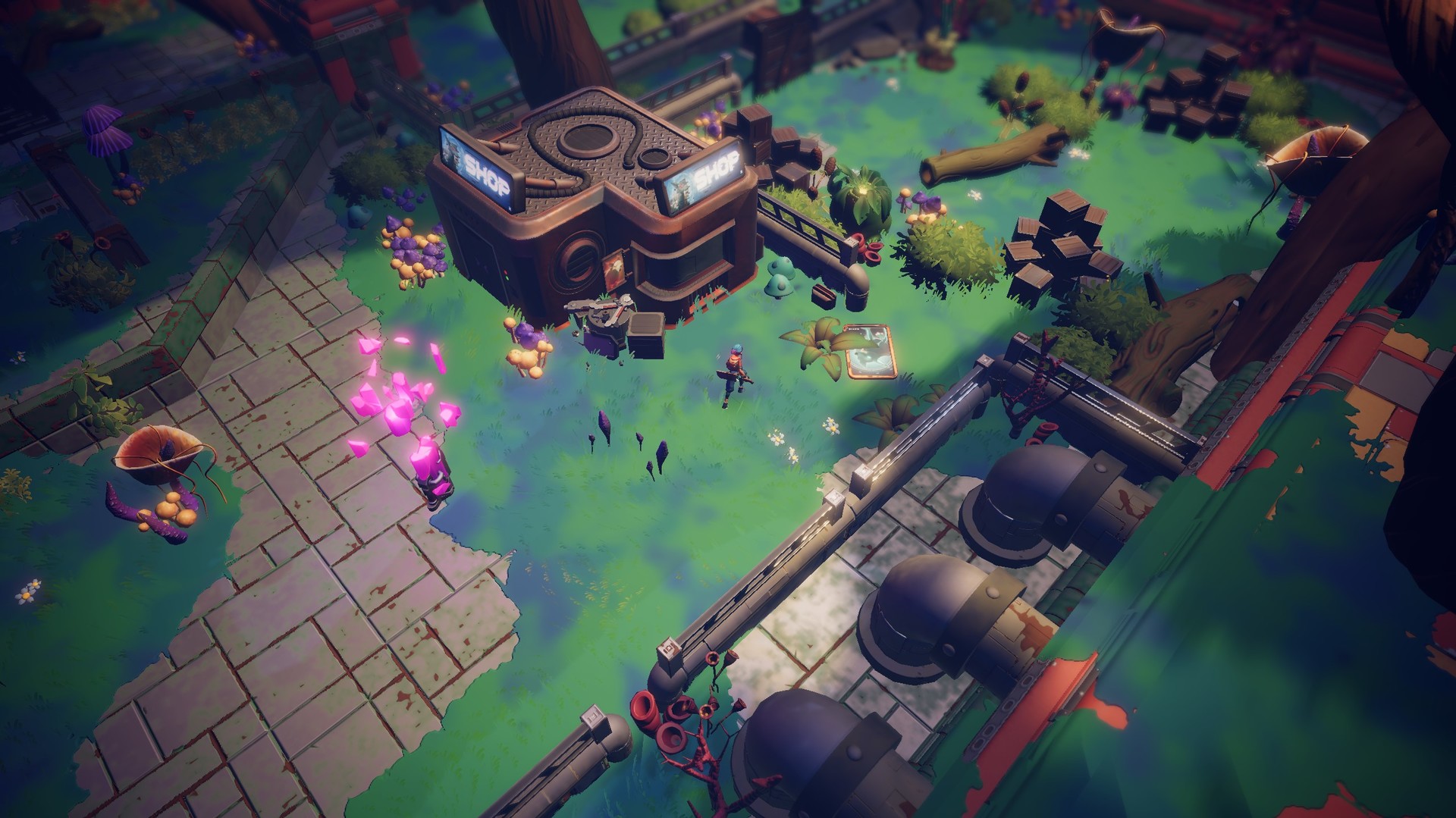 Combat and puzzles could be challenging in their own right but often felt repetitive and unoriginal. Reid later gains the ability to manipulate time, which helped to bring the fun factor of combat and puzzles up a few notches. Once the new mechanics and gear were introduced I found the game more compelling, but bugs prevented me from being fully immersed in the adventure.

One of the biggest issues I faced was the input controls and keybindings. Originally, I started the game on a keyboard and found that the game didn’t feel right to play. As I progressed there were issues with unresponsive inputs and UI not showing what input to actually press. When I tried on the controller, I found that the game felt better but I still faced issues with inputs not showing or functioning as they should. Control-wise, this game feels like it would be best played on the Switch or with better implementation for keybinding.

With some bug-fixing, this game has the potential to be a great casual adventure. I struggled with graphics and performance – with cutscenes running at 30 frames per second and times where the game felt poorly optimised. The concept, audio, and art direction all are promising, but the game feels like it needs a bit more work to deliver a polished and fun experience. 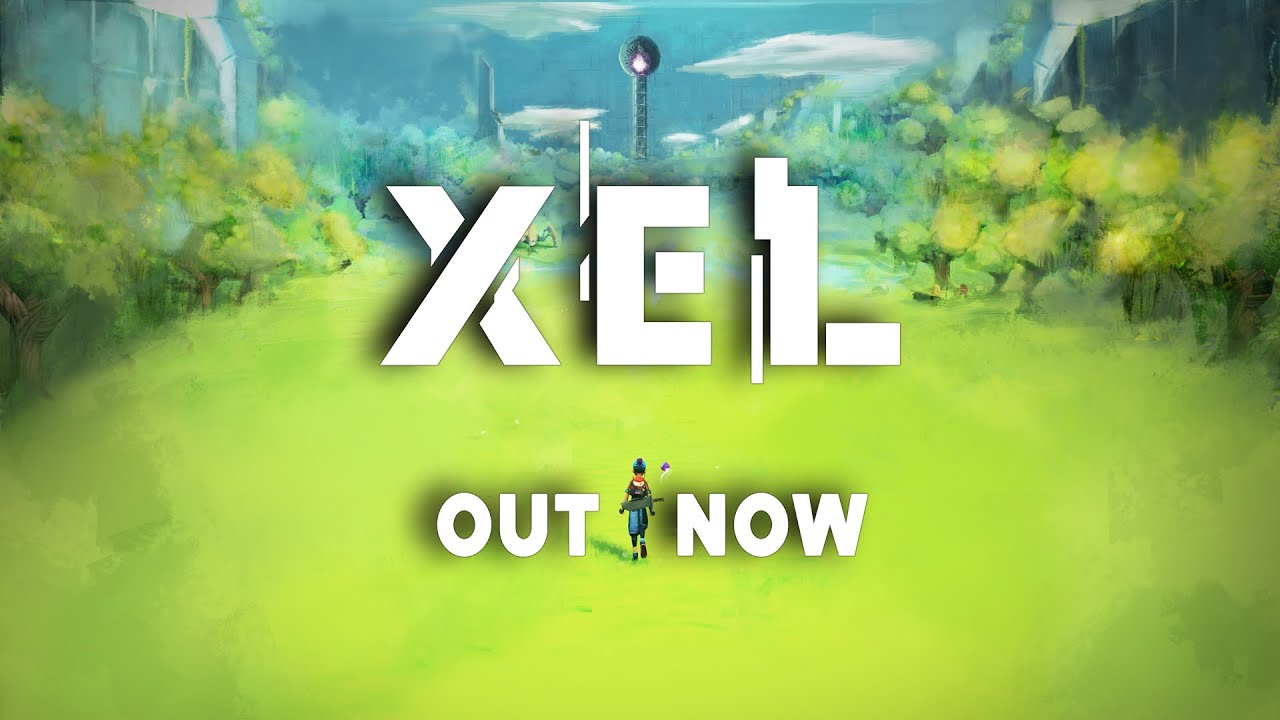 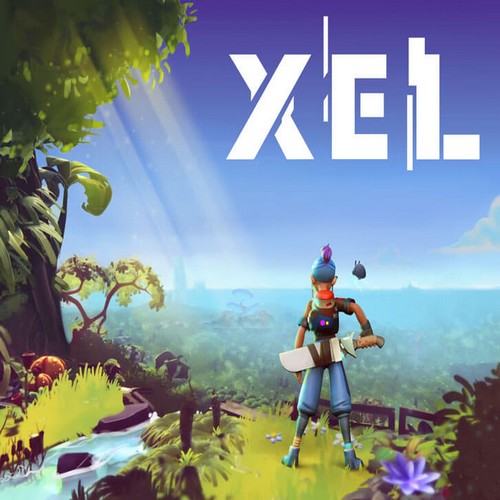 XEL is an epic 3D sci-fi fantasy action-adventure. Explore the mysterious world of XEL and help protagonist Reid to uncover her enigmatic past. Make new friends and foes along the way and collect exciting gadgets to master challenging dungeons and solve time bending puzzles.