You may have already heard of Yomawari prior to Midnight Shadows, and that’s for a good reason as it’s the follow up game for the 2016 game Yomawari: Night Alone. This time around players are introduced to two new characters, Yui and Haru. There BFF’s and they’ll need to explore many locations to hopefully reunite together again. You’ll both be going through places full of terror and confusion, and their courage will be put to the test.

Prior to starting the game the game will ask you a couple of thing’s. Firstly, the game asks for the lights in the room to be turned off. If playing during the day this shouldn’t be hard. Second, the game wants you to only focus on the television screen. It will then ask if you’re ready to play by giving a yes or no response. No will just have the game reasking the question of turning off all lights. Yes will then have the game state that you shouldn’t avert your eyes from the screen then asking, do you promise? To that you reply with a yes or no response again and choosing yes will start the game. I’d also like to note, the story has some adult themes, most notably was suicide. One thing is certain, if you’re not one to play games that are mellow and a slow pace, this isn’t a game you’ll enjoy. It’s not full of action, but tells a story at a slow pace that I didn’t mind. It’s a game where you’ll always be walking around exploring and be confronted with many ghosts and creatures of the night. You’ll have a torch to help guide your way, but it’s hide or run if you see anything that isn’t your own shadow. Coming into contact with anything bad will result in death. This is a top down sort of game which surprisingly doesn’t make it hard to move around. Gameplay will have you bouncing back and forth between Yui and Haru. There are save points in the form of statues that’ll require coins to make a save as well as auto saves that’ll cost no coins.

When at a statue savepoint, coins aren’t far so you can save each time as long as you remember too. When Haru freaks out her heart rate will rise, beating super quick and very loud almost to the point it’s as if someone is hitting a drum in your ears. Now monsters come in all shapes and sizes. Yomawari: Midnight Shadows has it’s own creatures that look odd from big giant eyeballs to little ghosts, most notables a big hairy looking ball that is a spitting image of the transvestite from the rocky horror picture show but maybe that’s just how I see it. A good game always gives a strong and early tutorial on it’s basic controls. Yomawari: Midnight Shadows does just this. Movement is by either left stick or the d-pad. To run you hold down R1, and whilst running a running/stamina bar is shown across the bottom of the screen. To tip-toe around press L1. When coming close to anything that’s interactive a question mark icon will appear over your character’s head, upon moving closer to that object it’ll change to a star then you’ll press X to interact with whatever it is.

Things like coins, rocks or other items you pick up can be accessed by pressing triangle. To confirm the item you want to use you need to press either square, circle, triangle or X, then press square to use the item. I know it sounds like a never ending button press but it all happens in a matter of seconds. There is another icon that’ll pop up from time to time, a yellow hand, this let’s you know something near is able to be pushed around, holding down X will push the object.

Settings are non existent, you’ll only be able to change the background music volume and sound effect volume. How does the game look? It has a special style about it. All four corners of your screen will be mostly blacked out at all times. The overall colour palette is dull using subtle colours like yellows, reds and greens. Now, imagine back when you were a child of the 80’s and 90’s when those beloved 3D pop-up books were the most awesome thing you had ever seen, now picture that in a video game in the year 2017 and well that’s the visual in one form in Yomawari: Midnight Shadows. The very first time you’ll see this effect is a bit later into the forest part at the start. The game itself looks trippy at first I had myself moving my character back and forth to see how awesome it transitioned. Tree’s for example are sometimes closer to the screen then your character and everything else giving a top notch depth of field. Now, there is no vocal dialogue, all conversations are sub titled. When Haru speaks the background of the subtitles is blue and when Yui speaks the background is red. Though, when people talk you don’t hear them, other sounds are still heard, such as white noise from bugs and wildlife, foot steps will make all sorts of sounds depending what you’re walking on.

Don’t let this game fool you, survival is everything. The game might not look like much but trust me it’s one hell of a great game. It’s single player and nothing else. You’ll spend many hours exploring trying to get back with your BFF, and you’ll try almost anything to make it happen. 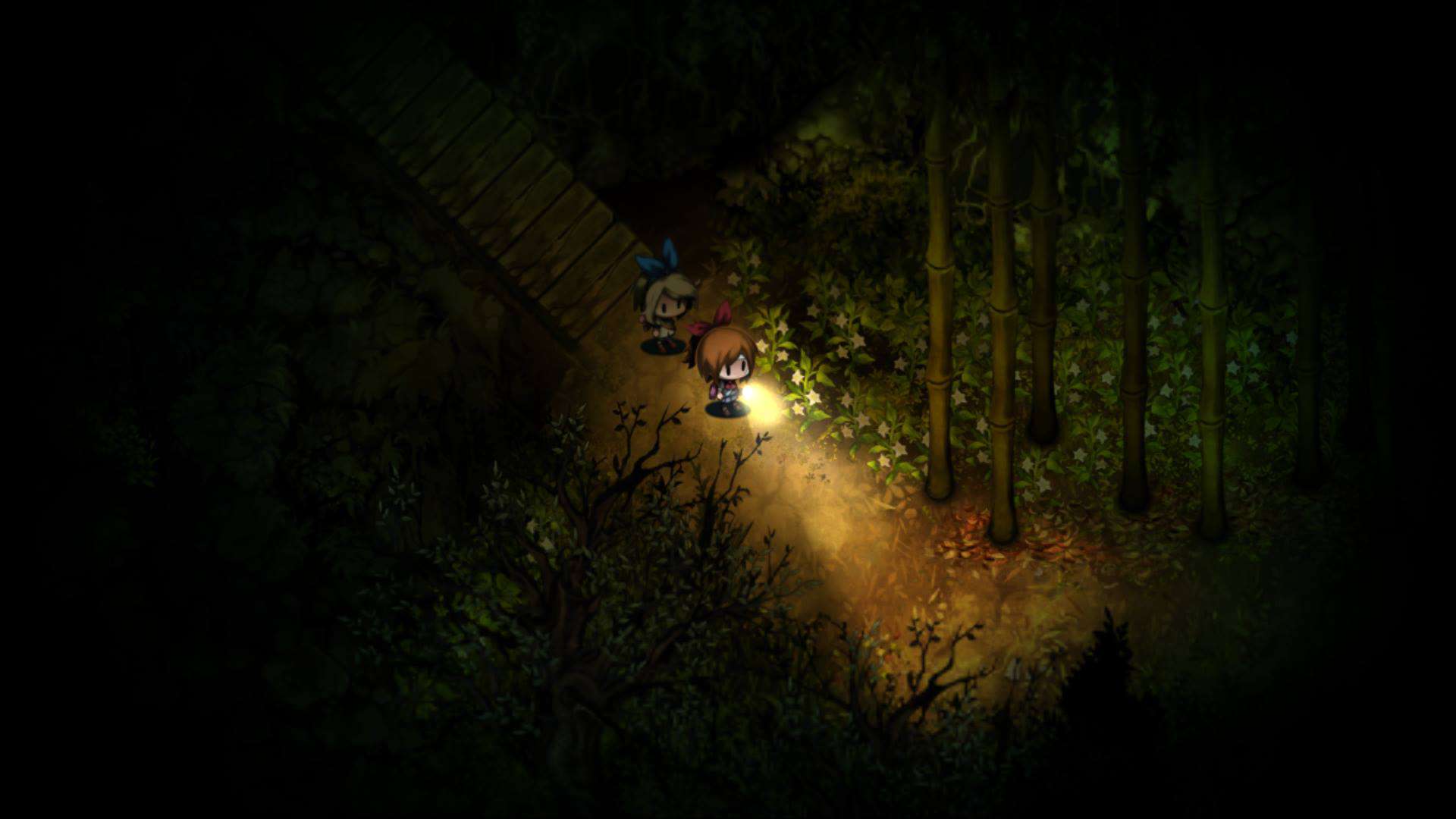 The follow-up to 2016’s cult horror hit Yomawari: Night Alone, Yomawari: Midnight Shadows introduces two brand-new girls, Yui and Haru, to the night and the spirits who haunt it.