Dude, Where Is My Beer?

If you have ever walked into a bar and seen a list of weirdly named drinks with a high price tag attached, and you have thought about the simpler times of asking for a drink and getting just that, then this whacky point and click adventure game is for you.

Dude, Where’s My Beer takes place in Norway as our character decides after a long bus ride to have a nice cold Pilsner, but to his shock, the only drinks being served are exotic beers with weird names, and Pilsners are no longer in. Made and published by Arik Zurabian and Edo Brenes, this game will take you on an adventure to seek out the drink of choice and discover why you can’t get it anymore.

As the player visits the first pub, a place where your friend Carl works, you find out that Carl had been fired for being too old at the age of 38, and his replacement is an early 20s hipster with a man-bun. After being told Pilsner’s are not available, you are able to choose from various craft beers before you can check out the other local pubs. As you venture further into the story you find out a Master Brewer has been winning the yearly brewing competition, and the prize was to decide what beers are sold for the rest of the season. They have decided Pilsners are out and costly drinks are in. 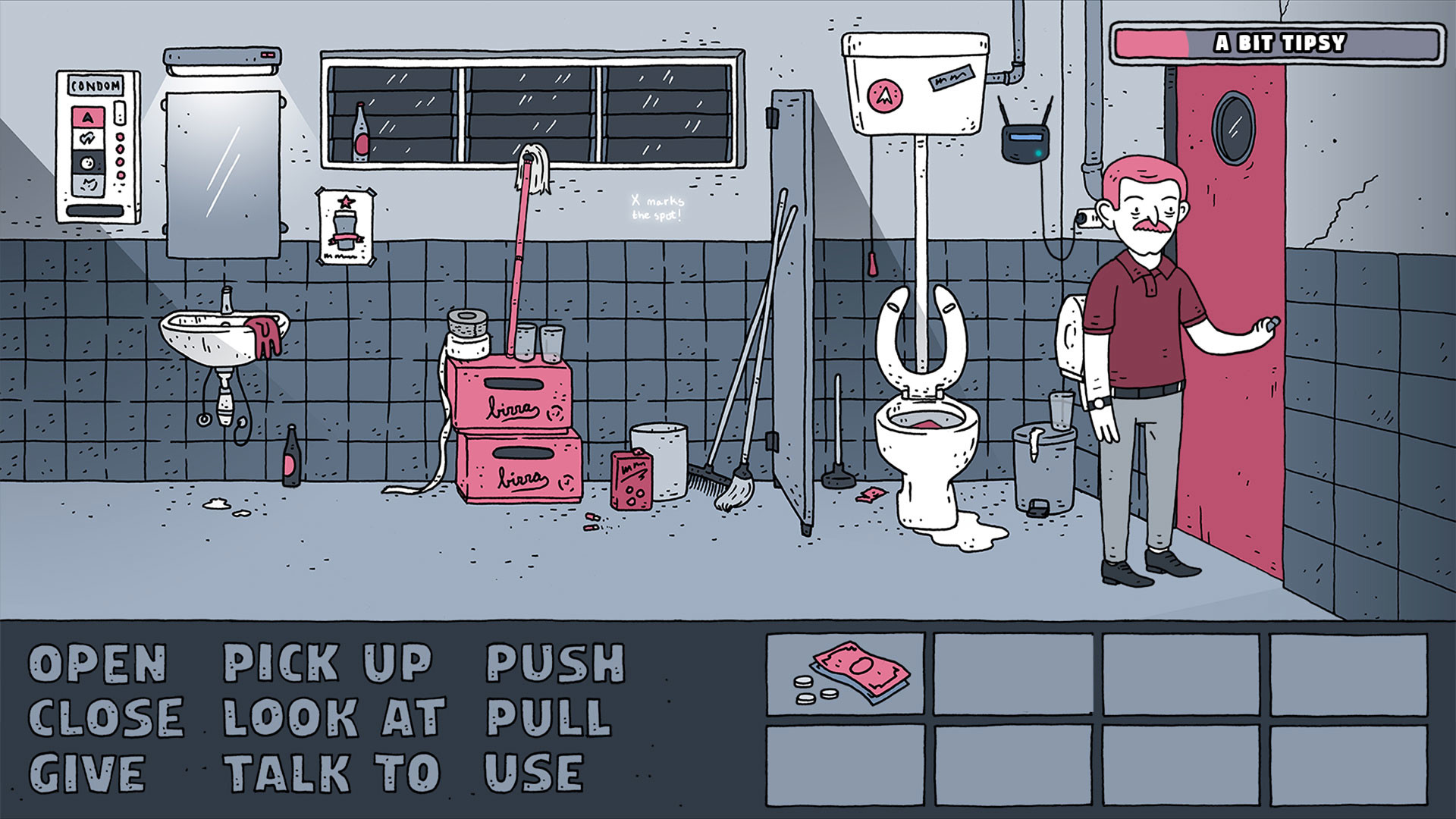 There are many chances to chat with the locals in hopes of finding a Pilsner, but due to the character having social issues, he can only talk to bartenders when sober, or you need to get a buzz on to be able to chat freely on the streets. There are plenty of funny dialogue options, and even a few occasions where the character talks to himself, breaking the fourth wall and asking himself, “Maybe if I was in another game.” There is a lot to take in with the different possible actions on each screen, as you can interact with nearly everything in some way, from looking at it and having the character talk about it, or by picking up various items, so there will be a lot of going back and forth to the same locations, just in case you missed something needed to progress.

The cartoon-style graphics look great, with our main character nicely animated as he walks and talks, and the exclusive use of muted greys, reds, pinks, and blues giving the game its own distinctive style. There are no cutscenes when you enter a new area, but the camera will pan and usually will show some youths talking about craft beers.

The audio for the game is great. When you are in the metal bar, there is heavy metal in the background. While in the sports bar, there are sounds of the viewers in the bar reacting to what I assume is happening with the sport they are watching. Even walking outside of the bars the soundtrack gives a Norwegian vibe, perfectly suited to what the player is looking at. The stand-out audio point is the singing fish in the bar. 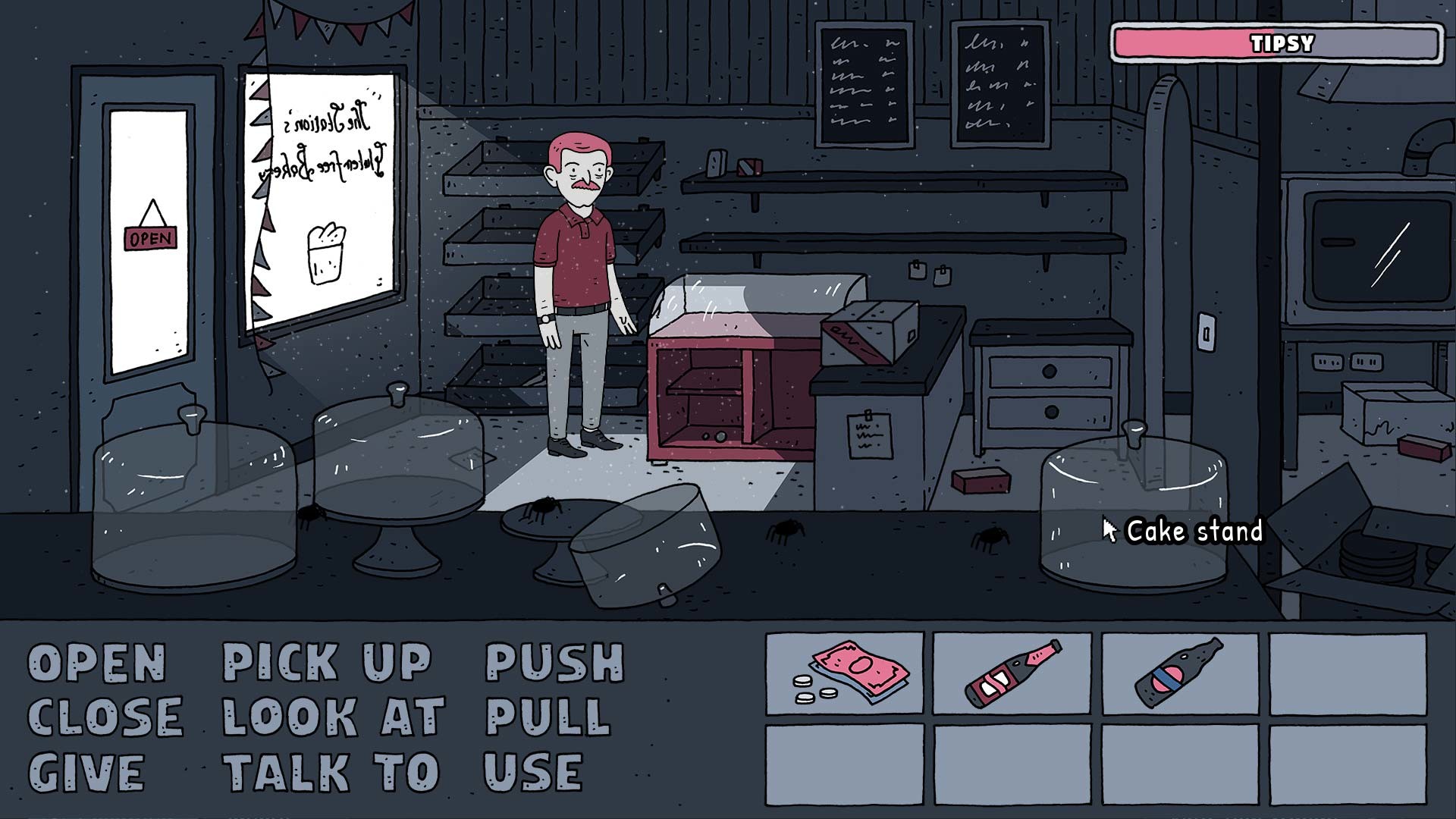 The Mistress interacting with it will cause the fish to flop around while singing an incredibly catchy Pilsner-themed song. I would be lying if I said I only used it once. There is no voice acting in the game, which it doesn’t necessarily need, but it still felt quite empty. At least the bartenders could’ve had some lines, even if it was just a greeting and farewell line.

The Beer-O-Meter, located on the top right of your screen, is what is needed to be filled for the player to talk to anyone other than bartenders or the bus driver. At the start, certain tasks can only be done depending on how intoxicated or sober the player is, like how drunk do you need to be to start going into a pile of rubbish to pick up an item needed. This brings me to the puzzles that provide a decent level of challenge, but do not worry if you get stuck. There is a helpful hint giver; a cat in the Dive Bar. If the task is considered too easy it will not give any hints, and if that happens, start checking everything big and small.

The story does fail to give some closure on things. We don’t learn anything about the mysterious Master Brewer despite finding out about this character early on. There was just no payoff with that information. Hopefully, there will be future installments to keep the quest going and expand the world, and maybe give some closure to the mystery behind the actions of Master Brewer.

Dude, Where Is My Beer? 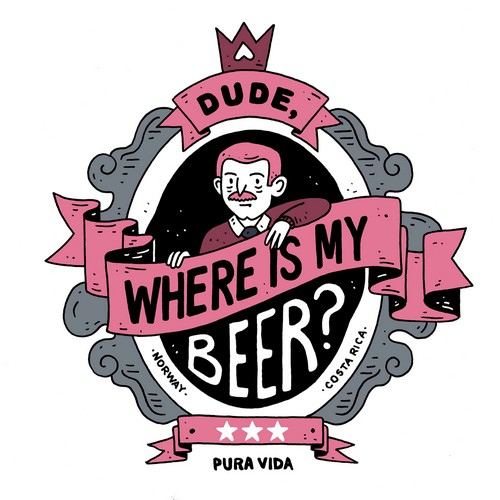 An old school point and click adventure game about finding a pilsner in the confusing world of unnecessary craft beers and snobby hipsters.