Created by Boneloaf, a UK studio started by three brothers, and published by Double Fine, this epic indie fighter is now available on the Nintendo Switch. ‘Gang Beasts’ is not the most technical fighter on the market; it features a bunch of gelatinous faceless characters that can be dressed up in a range of wacky outfits. The main objective is to punch, kick, headbutt and ragdoll throw the other players off the map in a range of hazardous locations and in a range of hilarious ways. If you ever wanted to fight your friends on top of a train, Gang Beasts would definitely have you covered there.

The controls at first will take a little time to get used to since punch and grab share the same button so if you happen to be falling you are able to grab hold of a wall and attempt to scale upwards back into the chaotic fight above.

The movement of the characters can appear slightly sluggish due to the jelly-like form that they are made up of. The levels that are offered with Gang Beasts will always keep the player aware of what could happen, as floor sections that you think are secure could fall away or other threats that the arena holds could turn on you making survival harder. 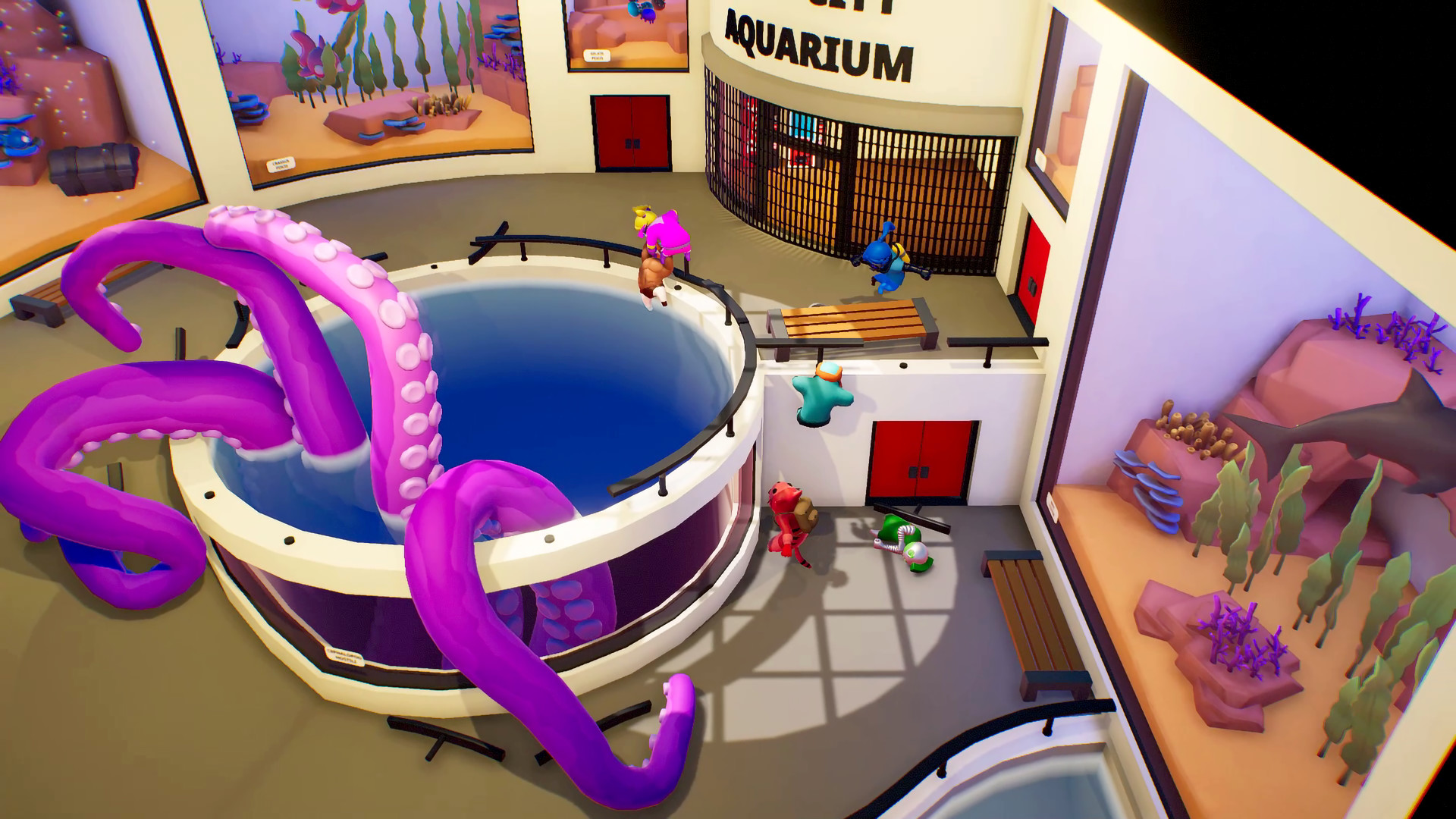 Graphically, Gang Beasts has kept it nice and simple without making one aspect stand out from another. The characters even when wearing weird outfits still blend into the level environment so one character will not be the instant draw to your eyes. I did notice with the Switch version there were some texture flashes on certain levels and that happened frequently. It was mainly sections that were just empty sky that seemed to bug out.

Gang Beasts supports local play either on the same Switch or wireless locally so more Switches can be connected to the lobby. It also offers online games which unfortunately does need a bit more work to make it stable as connection and frame rates do drop often with online play.

The game modes players can play are ‘Waves’ which is survival as you progress each wave level there will be more enemies that will spawn in to fight. ‘Football’, yeah you guessed it, football is kicking a ball into the other team’s goal. 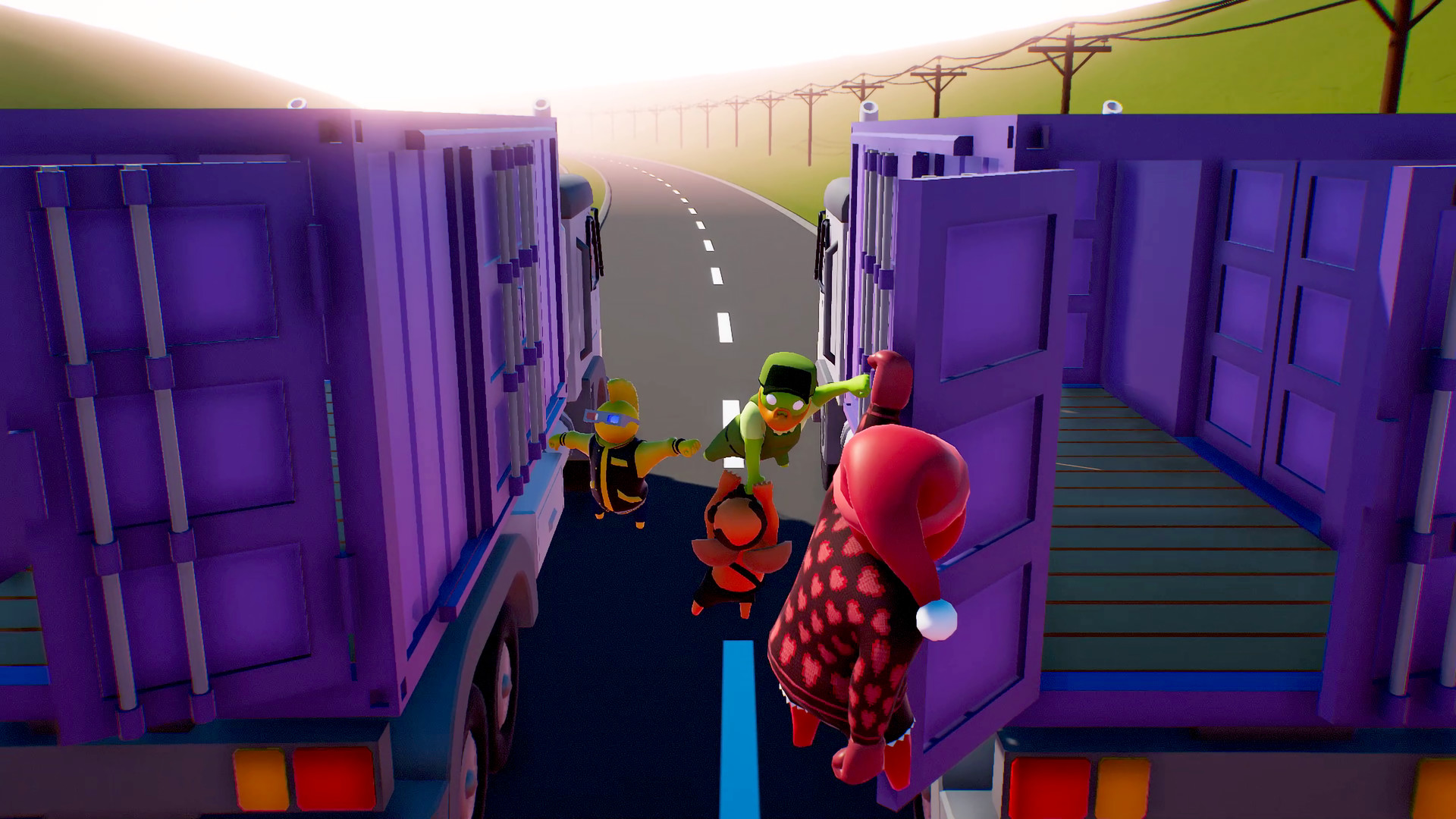 These matches are played on small maps and are quite fun ‘Gang’ is a team game mode where you and other players will be assigned a team and will need to fight the other team. A pretty straight forward, team deathmatch-like concept. Lastly, there is ‘Melee’ which is just a free-for-all fight with the last player standing winning. Ideally, local play with others is the main experience that Gang Beasts delivers but since online was the majority of my experience it was worth noting that a lot of matches were ended short due to players dropping out. It’s a pity really as it was a good test of skills or .. luck.

In conclusion, Gang Beasts is a fun game for players of all ages and will be a smash hit at game nights with friends. The ragdoll characters will give a few laughs while not coming across as too much of a series game to be competitive over.

The wave mode is ideal for learning the game’s basics and for solo players, this will be the game mode that will offer bots for you to fight. With the Nintendo Switch version being new I do hope some patches drop soon to make the connection and frame rates more stable as this is such a great little game for on the go. 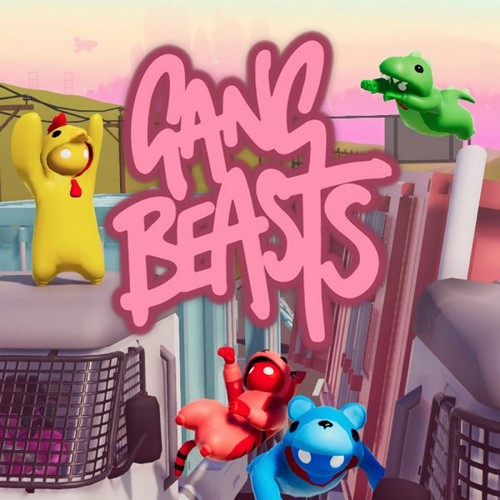