Iris.Fall, developed by NExT Studios, is a puzzle adventure game and is available on Xbox One, PS4, Switch, and PC.

Iris.Fall places the players in the role of a little girl called Iris as she follows her cat into an abandoned theatre. This is when this rabbit hole of a game starts to unwind as the cat stands on a book and then disappears but the shadow still remains on the wall. As it uses shadows to move upstairs towards a broken staircase, the player will have to form shadow connections to be able to advance and solve puzzles in the world. From laying down a pipe to controlling big clocks, there is a good range of puzzles that are not too hard to learn.

The story of Iris.Fall is one to be worked out by exploring the environment, as there is no dialogue. This is done by having the players focus on the visual details to advance in the game.
Using parts of a puzzle to see what they do will help the player see what is needed to be done to solve it as a whole to keep the adventure going. 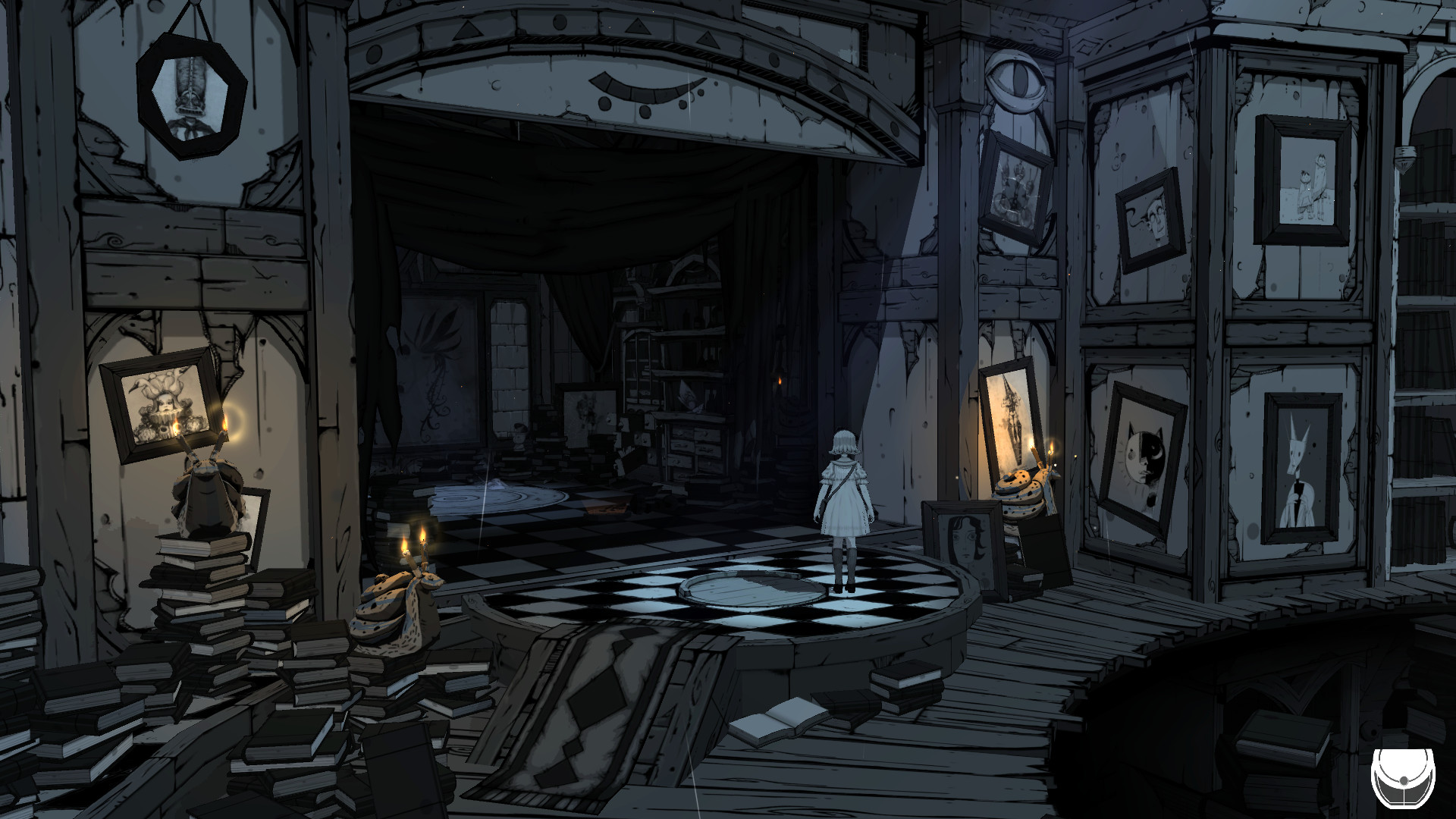 The controls for Iris.Fall are very easy to pick up and learn. There is an inventory system that I found was a tad bit touchy at times when doing puzzles with multiple pieces to it. There are also no combat parts so there is no real threat or punishment for taking things at a slower pace if the player needs it.

The graphics of Iris.Fall are done very well too. The character style reminds me of Tim Burton’s style of animation, from the details of the character to the twisted and dark environment in the background with the world being done in greyish colours. This is usually a sign of importance in the world and it definitely gives off a down the rabbit hole type of vibe. The lighting of Iris.Fall is a high point within the game as mentioned above the balance of shadows and light are used in the puzzles so the main detail of focus is upon this which paid off and is utilised very well.

Iris.Fall offers a great music set-piece that complements the style of the game geniusly, the only downside is when you are playing the music fades away to leave a sombre ambience in its wake. Most the music is mainly present during certain cutscenes or while at the main menu. 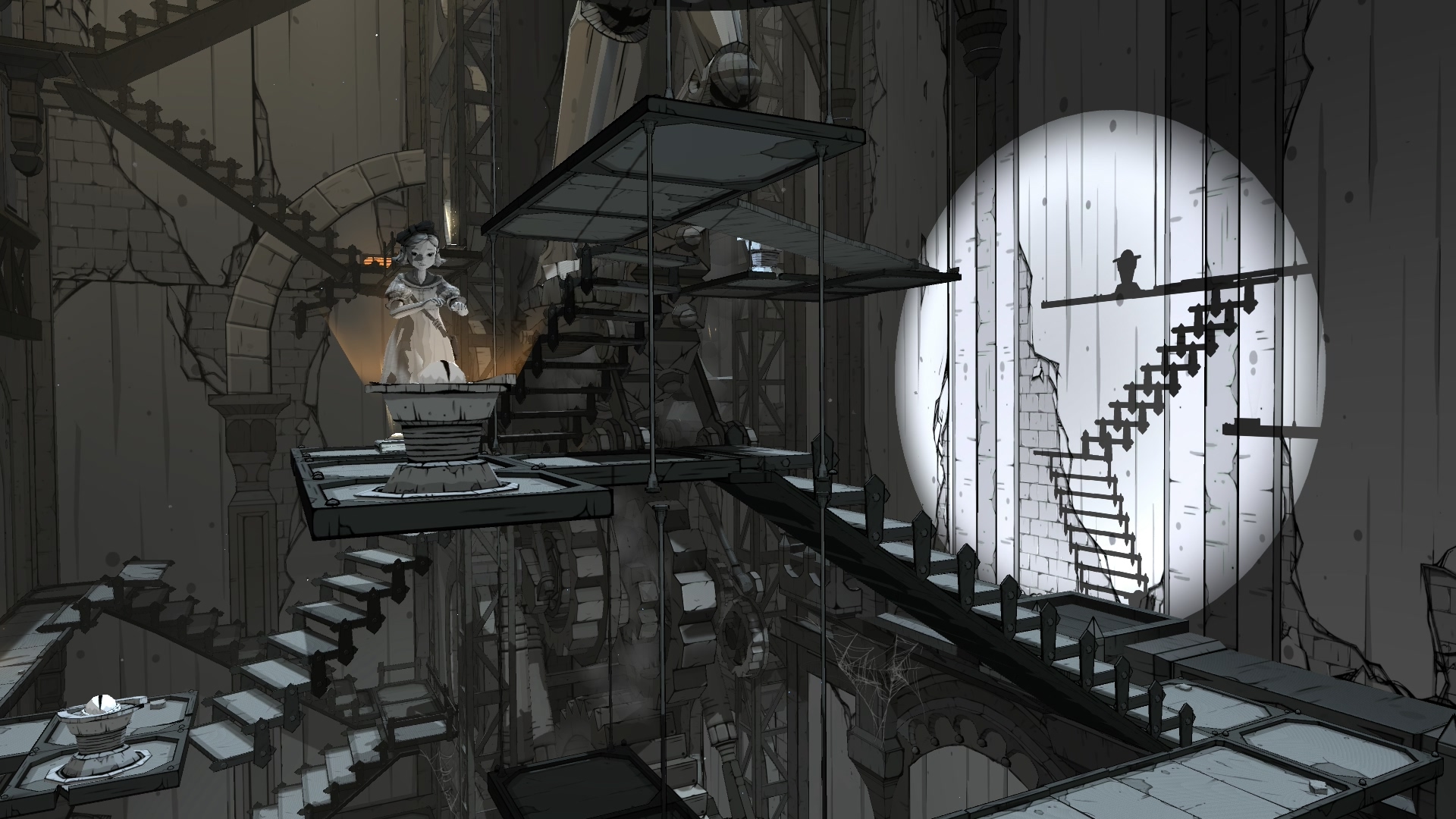 On first impressions, Iris.Fall is not overly hard which was good for a relaxing play as I didn’t get frustrated over puzzles. In saying that, I did happen to break a puzzle multiple times and had to restart the chapter again mainly due to solving it as the timer had just run out.

Iris.Fall is not a long game and the puzzles do not change they stay the same, so sadly, it can be a game that will not get much replay over a set time. Sure it would be fun to return to and play again, but it will be when I have forgotten all the puzzles. The game can be finished in about three to four hours if you are at a good pace with your puzzle-solving skills.

Would I recommend it? Yes, I definitely would. I enjoyed my time with Iris.Fall it was nice to have a puzzle game to play that was not brutally hard or want me to search for a guide, I took my time with the game and I enjoyed every moment it had given me in return. I wish there was more to the game but loved what I played. 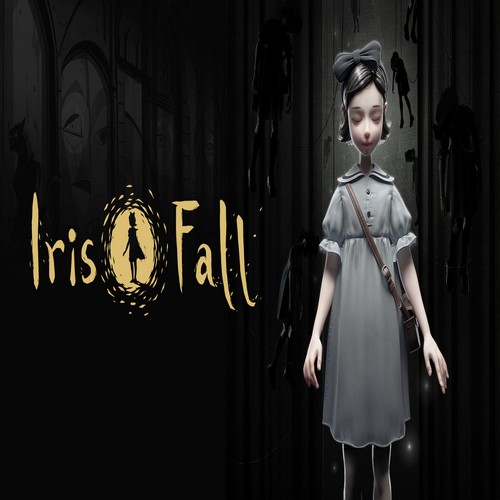 Iris.Fall is a puzzle adventure game featuring striking visuals and a spellbinding theme of "light and shadow".