Sonic is back again and Dr. Eggman has opened an amusement park in space called Dr. Eggman’s Incredible Interstellar Amusement Park. The mad scientist is claiming he has turned over a new leaf and making up for his past of being a bad guy. Sonic and Tails decide to investigate, and upon arriving at the amusement park, they meet an alien called Yacker, which is a species of alien called Wisps.

Tails gets to work, making a communication device as Sonic learns that other Wisps have been enslaved by Eggman who wants to harness their power for a mind-control laser that he plans to use on Earth. Sonic and Tails then set off to free the captured Wisps and stop Eggman in his tracks, and just like in the past events, that is one bad egg.

Sonic Colours: Ultimate is a new updated version of the Wii release and has had some improvements added to run on the newer generation consoles, but there are quite a few bugs that still need to be fixed, and this review was played on the Xbox version of the game. 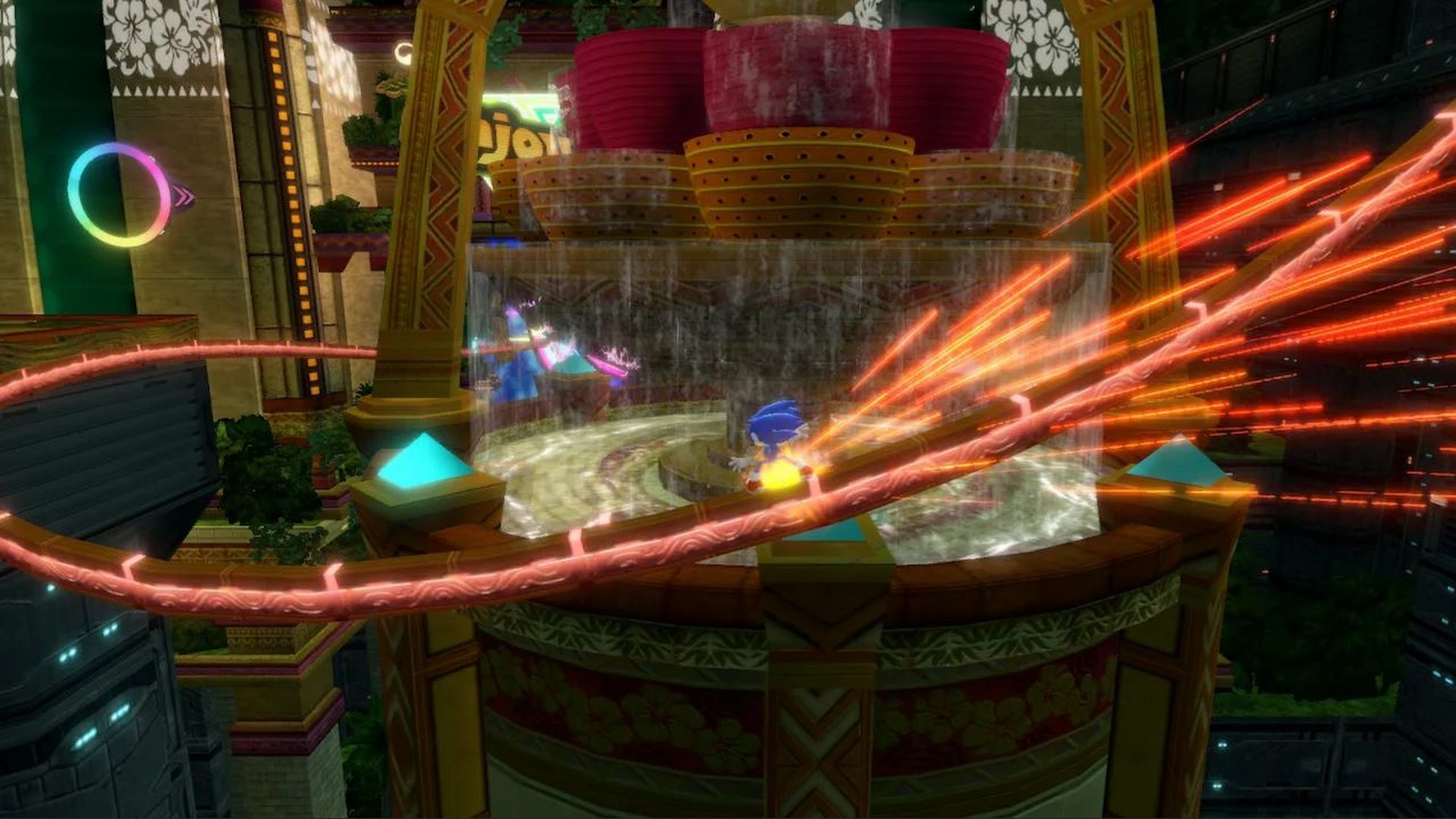 The game is a platformer set in space and each zone you visit during the story will reflect on what you see in the world. From a cake-themed world to industrial areas, there are quite a few scenic views to take in. Sonic Colours has a great blend of side-scrolling gameplay to third person as you progress in a level.

You could be running up a vertical wall and then get thrown into a classic Sonic vibe with the side-scrolling segment. At the end of the act, players will be given their total score and grade for what they, and did if you jump at the score, you can break the numbers to get extra hidden items like lives and rings.

As Sonic progresses in the amusement park he will find unique Wisps that can grant him a power-up, and these can be used for finding those juicy little secrets scattered about the level. My personal favourite wisp to use was the pink one, a wisp that allows Sonic to stick to a surface and do his trademark spin, dealing damage to anything that gets in his way. The power-ups do run out and need to be recharged by either picking it up again or killing the robots scattered about the level. 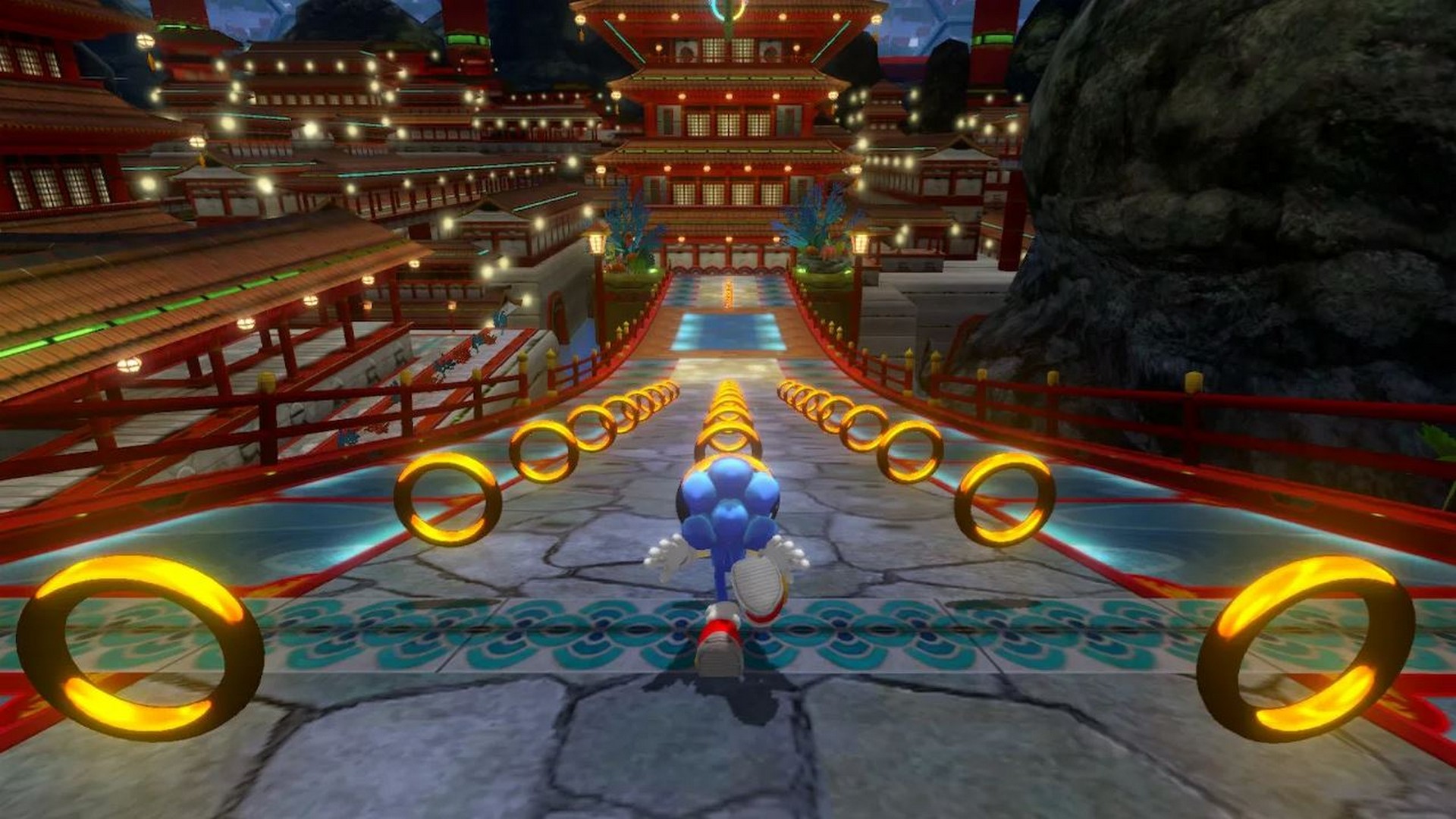 The controls for the game are easy to learn and the game will give you a nice heads up with certain buttons to press at key parts, so if you are going fast and there is a crawl space coming up, the slide/duck button will be prompted onscreen to allow the player to keep the speed instead of slamming into a wall and then having to build up again. There is no trademark spin without the use of the Wisp power-up, instead, Sonic’s default way of attacking is the homing jump attack, but the enemies are few and far between, so combat is not a major aspect, but as is typical of any Sonic title, each zone will end with a boss fight which is fairly easy to beat.

The music has still kept a lot of the original track feel that past Sonic titles have had, and the audio in cutscenes has been done very well, with no issues with syncing or stuttering voices. Graphically Sonic Colours is a very bright and vibrate game, and even though there are levels that go for a darker theme, they still have a lot of bright appeal to them. Unfortunately though, there are consistent frame rate lagging issues that can be a bit of a run ender. With Sonic moving at such high speeds, if the frame rate dips, you could end up hitting spikes or falling off the level.

And finally, players can customise their Sonic by earning coins found in the levels, but there is not much to change for his overall look, just his gloves, shoes, and what colour his aura is when using a boost. All up, Sonic Colours: Ultimate is a fun game that just needs to have the frame rate bugs fixed across the consoles. 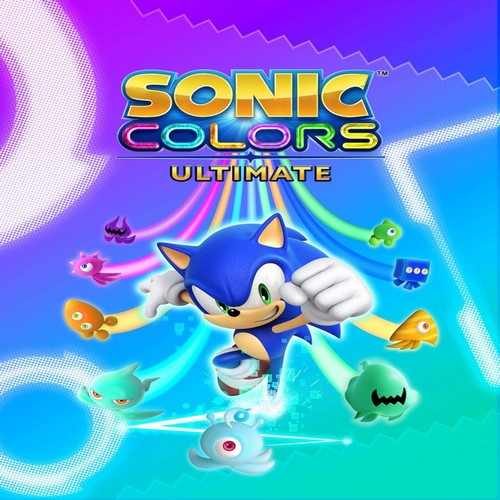 Join Sonic in the high-speed adventure of a lifetime! The evil Dr. Eggman has built a gigantic interstellar amusement park bursting with incredible rides and colorful attractions – but he’s powering it with a captured alien race called “Wisps.”