The Eternal Cylinder is a new survival game brought to us by ACE Team and Good Shepherd Entertainment available on Xbox One, PlayStation 4, and PC, and starts by placing the player in the role of a newborn Trebhum, a small critter with a long nose they can suck in food and objects into their trunk-like nose and shapeshift to adapt to the harsh environment.

On their journey, the Trebhum’s must face many challenges from puzzles to predatorial creatures, and last but not least, the Cylinder that is coming to crush everything in its path, but what’s behind the Cylinder, and what secrets will the Trebhums uncover.

The first thing I noticed and made note of was how stunning the world environment was and how vibrant the colours were. If I was to compare the world to another game, I would say No Man’s Sky is the closest match. The Trebhum are very Spore-like creatures, and I enjoyed seeing all the shapeshifting forms they can take on and how much they change in size or design. The other creatures that populate the world also have some fantastic designs, from the giant mouth monsters to the minions of the cylinder, the team behind the designs did a great job. 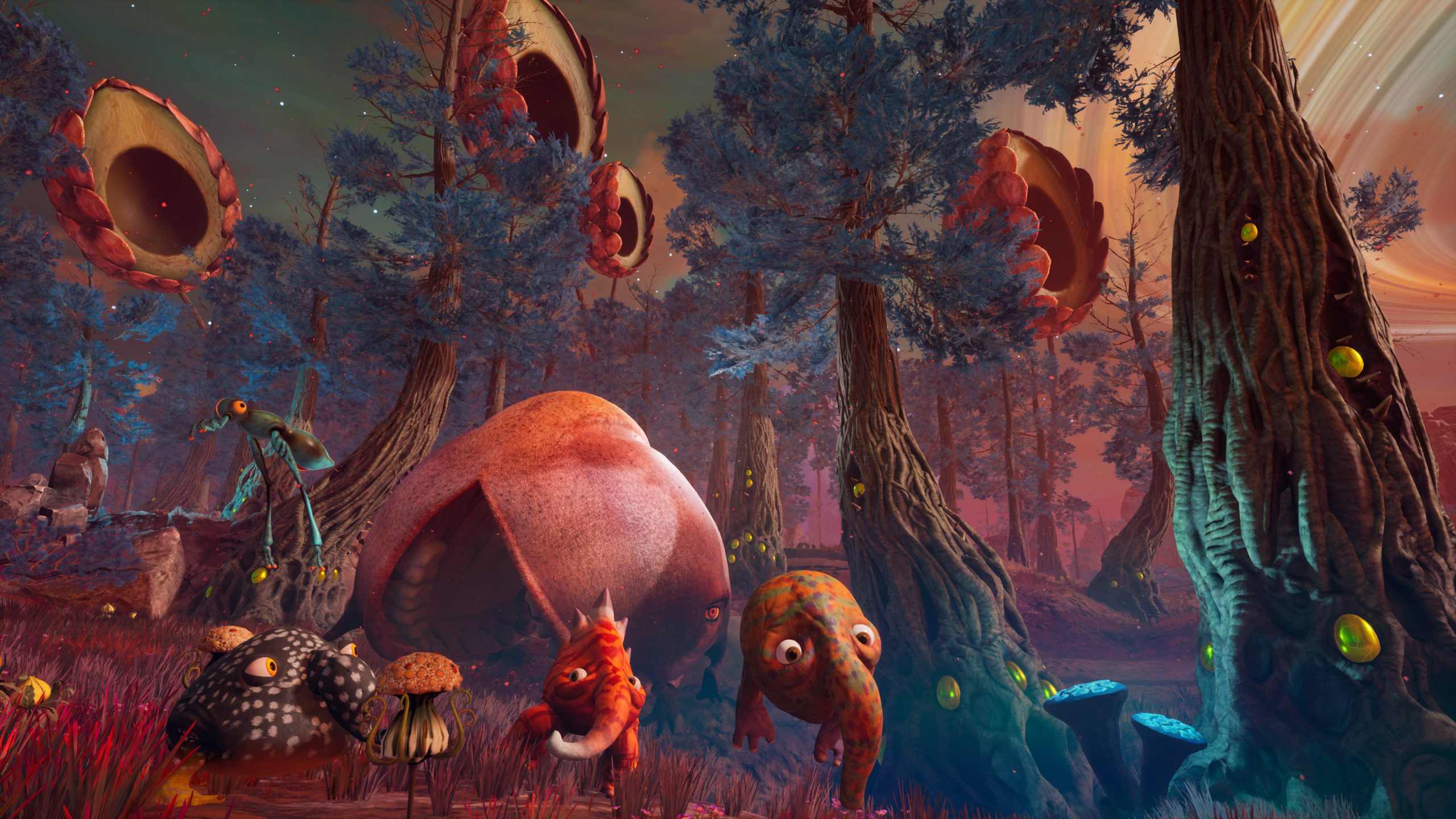 The gameplay when you first start keeps it basic but over time adds more features that the player must be aware of and manage, such as the hunger for the Trebhums. You can find other Trebhum in the wild, with some being injured and needing healing, or eggs to hatch more siblings. They do have unique names, but you can change this if you want to name them after pets or friends. The more Trebhum’s you have opens the door for having a wider range of different mutated ones in the party as you can swap between each one following you. I found keeping one of each that was previously used for a puzzle was best, otherwise, you’d risk losing a mutation you may like on a current Trebhum.

You will be tasked with activating towers to halt the Cylinder from rolling forward. While active, they display a very visible blue shield, and you will need to get to the next tower as fast as you can to prevent any siblings you have from being crushed. The Trebhum can roll, which is the fastest form of movement they have, but keep an eye on the stamina as it can drain if you overuse the rolling skill.

Once you get to the new tower, there is a bright blue circle at the base and all you need to do is walk into it and the Cylinder will stop when it hits that tower. There are sections where this will not happen and a storm will radiate from the Cylinder, informing you to have to move on to the next tower, but it is slowed down during this stage, so you will still have a chance to look for food or other Trebhum to add to the family. 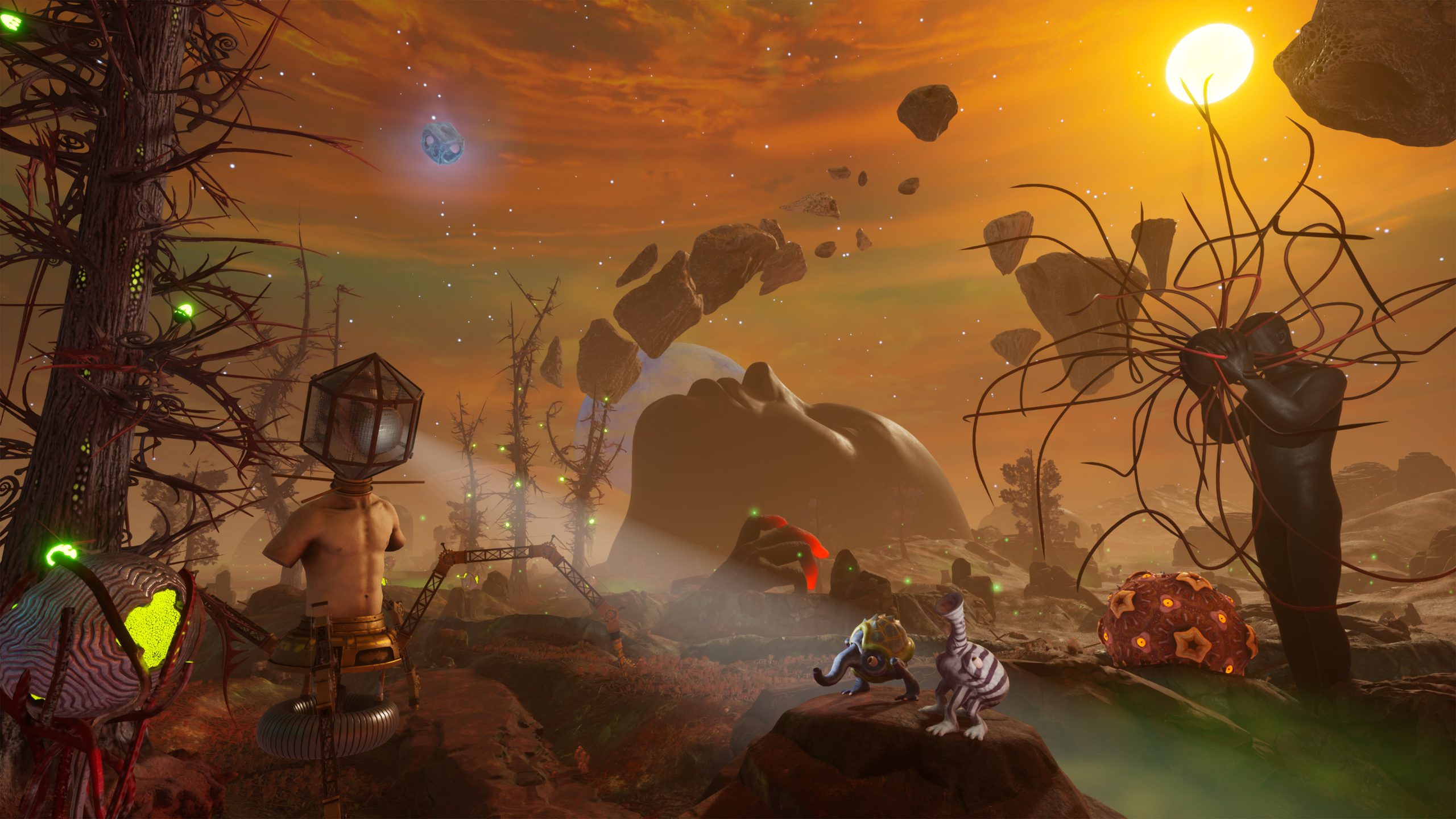 The Eternal Cylinder features an original soundtrack that was created by Patricio Meneses, and they have done a fantastic job. The original music created for the game is a massive plus as it blends well with the world that is created for the Trebhum and the other native wildlife. Many creatures will make growls or roars, and with the right mutation, the Trebhum can use their trunk as an air horn which can scare off certain creatures.

Certain encounters will require the player to make a loud noise to attract creatures, tricking them into clearing a pathway for you to progress. There is also a narrator that will provide the story while playing, but this could’ve done a bit better as it was average at best.

The Eternal Cylinder is a fun and enjoyable game for players of any age. The survival aspect, which is basically just the hunger system, is not as harsh compared to other survival games, and being able to have multiple Trebhum’s offers a chance to have a unique team setup and offers a bit more urgency when looking after a team instead of an individual. 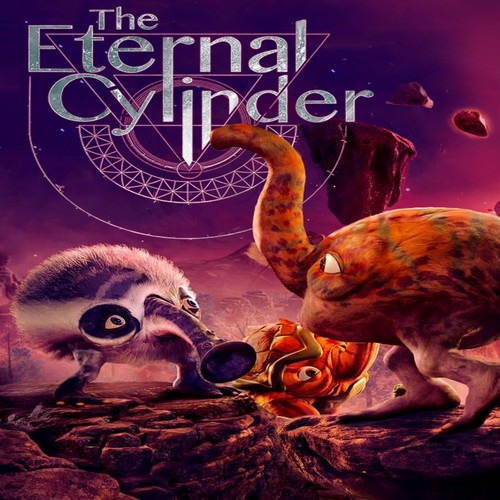